Ah, actors. You sweet, crazy lot! Every new breakdown I put out, I’m reminded that — in addition to the thousands upon thousands of wonderful, professional actors that fill my days — there are a few hundred of you who are really just batshit crazy.

All right, all right. I mean you’re coming off as batshit crazy. And it all centers around one thing: desperation.

Do you really want to come off like someone who so desperately wants a gig that you’ll do anything? Or worse, if you’re the parent of a child actor, do you really want to come off as someone who will pimp out your child’s services for free? Do you realize that this sort off offer, if put in front of an unscrupulous casting director or shady scam artist, is the scariest and most seductive bait? This is how the casting couch was created. Not so much because there are scummy people in positions of power looking to manipulate those who want something so badly, but more because there are so very many people out there desperate to get the gig that they really will offer up anything (and I do mean anything — you would be shocked and disgusted) in order to get a shot at it. And the most power-hungry producer wannabes in the mix will absolutely take advantage of that much desperation being flung in their direction. Every time.

It’s frightening, really. I’ve posted a couple of blog entries about it, actually, hoping to diffuse some of the frustrated energy and get a laugh out of the whole thing, but as the messages continue to flood my multiple inboxes after each new breakdown is released, the messages build in their desperation. They get more and more frightening. They make me sad.

Because acting is already a profession in which actors have very little power or control over their destiny. Unless they’re producing their own material (which I highly recommend), they really are relying on the investment of an agent or manager who believes in them, and then on the eye of a casting director who wants to present them to the producers, and then on the good sense of the producers to actually hire them to do the job. So, when there’s already that much “lack of control” to the equation, the addition of a desperate, needy, “I’ll do anything… and I mean anything” is appalling.

And to cover a less-stinky but still unattractive level of desperation, you don’t need to spam the industry (via email, phone calls, faxes, postcards, etc.) repeatedly to make sure we know you’re working. I actually received the exact same postcard from one actor five times in the past two weeks. Five times. Same exact postcard, same exact mailing label, same exact printed self-congratulatory note about the booking. And then I attended a show and there was a stack of this same postcard in the lobby of the theatre. Oh, and by the way, this actor wasn’t even in the show, there, so she had just made sure to leave a stack of postcards in this theatre lobby (and I’m assuming, others), so that folks like me who were attending this show could be sure to notice (again) that she had booked this gig she’d already mailed us about five flippin’ times.

Now, you know I love self-promotion. I think it’s essential to let the industry know you’re out there working. But overkill smells just like desperation. We wonder why you’re so excited about booking a co-star that you’ll spend what must amount to nearly a thousand dollars promoting it. Like, maybe it doesn’t happen very often, so you’re trying to be sure we’re all keenly aware of the event. *sniff* Yeah. That’s not smelling like self-promotion at that point. That’s the stench of a desperate actor hoping no one will see how terrified she is that she may never work again.

Look, everyone in this business is secretly terrified he or she will never work again, to some extent. Even if it’s never really dwelled upon, everyone knows this is a fickle, freelance lifestyle and you absolutely must strike while the proverbial iron is hot in order to build up momentum and keep working. But there’s a way to do it that exudes confidence, and in the end, that’s far more attractive (and pleasant-smelling) than desperation.

While it may be true that you’d pay to get to be a part of a cast like that one, that you’d do anything to have this opportunity, that you — deep inside — do desperately need and want the next job, you cannot let us know that. Save those details for after you’ve booked the gig due to your talent and professionalism. Gush about how much booking this one means to you after the check has cleared. Showing the industry how needy you are doesn’t make you look like a professional actor. It makes you look like a desperate wannabe. Keep that little beast inside, no matter how much you want to whore yourself out. There are way too many people who will take advantage of that, in this business. And it’s a hard enough career as it is, without having to endure that type of experience to make it that much more challenging.

Originally published by Actors Access at http://more.showfax.com/columns/avoice/archives/000863.html. Please support the many wonderful resources provided by the Breakdown Services family. This posting is the author’s personal archive. 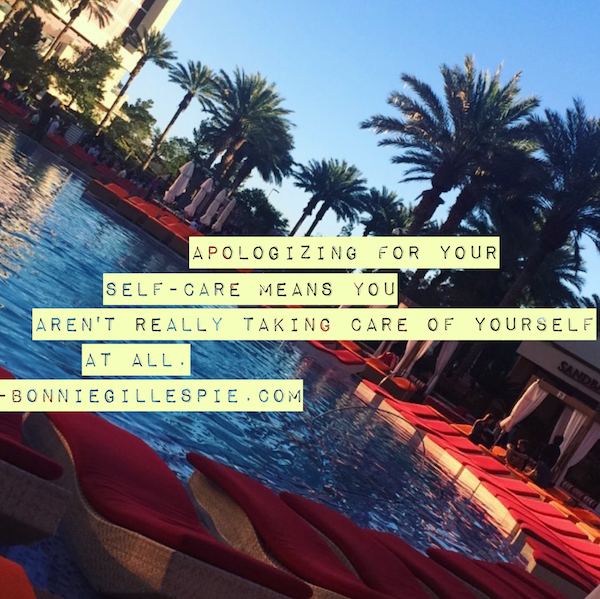