I recently discovered an Internet scam which bilks actors out of $1200 and I wanted to make you aware of it in hopes you will share it on your weekly column.

www.americaundiscovered.com is the website. They basically tell actors that if they send in $1200, they can attend a convention in Chicago this July and meet agents and casting directors, etc.

I smell a rat. The site lists specific casting directors and the emails I received from them when I inquired gave me specific agencies, all who are supposedly attending. When I spoke with a good number of agents and casting directors, none of them have ever heard of this convention. There are now talent agencies and studios investigating them. I have also contacted the Chicago PD and ABC news through my contacts and they are investigating. NowCasting is also looking into this.

If you have any other suggestions as to who to call, I’d love it. Can I call somebody at SAG?

Thank you for sharing this email. It’s good to get the word out. I would feel awful if a poor actor got sucked out of $1200… but I guess a hard lesson learned is usually a good one.

Wow, Jeremy, another one of these things springs up every year, it seems, eh? Thanks for putting this one on the radar of the regular readers of The Actors Voice. You rock!

I’ve not checked out this specific website (nor am I linking to it, as I don’t want to drive traffic their way), but the $1200 convention business model has been around for years. I first became aware of these companies (which frequently change names, to continue working despite copious complaints filed with the BBB) back in Atlanta in the early ’90s.

There is always someone out there trying to sell fame to newbies who haven’t done enough research to know that all it takes is years of hard work, training, professionalism, and persistence to succeed. 😉 And there are always going to be eager, starry-eyed actors (or worse, their parents) who don’t do the basic due diligence required to discover that these conventions can’t possibly deliver what they promise in their slick radio ads. They will let their emotional investment convince them to make a significant financial investment and when they’re skimming the contracts, they’ll miss the fine print that mentions: “none of the agents or casting directors advertised are guaranteed to appear.”

And then they won’t tell anyone, even if they feel they’ve been scammed, because they’re embarrassed for having fallen for something so clearly “too good to be true,” and that’s exactly what these companies are counting on. If you’d like to read related columns, I’d like to suggest Scam Season, Buyer Beware, Explore Talent, and even eQuery Online and Double-Cast Membership Companies.

As for where to report the obviously false advertising you’re reporting on this particular website, it looks like you’re off to a great start, by contacting local police and the news media. I’d also find out if the Better Business Bureau already has a file on the company, and add your findings to the public records of those complaints. By alerting the companies and individuals whose appearances are advertised on the website, you can enlist their assistance in pursuing removal of that false information. (Make sure you keep a printed copy of the website advertisements you’ve already found to be false. Even though the Internet Archive helps when you are trying to find “old versions” of websites, it’s always best to keep a copy of the page as it existed when you first discovered it to be problematic. Once these folks find out you’re snooping around, they’ll change their webpages. You can count on it!)

Now, I don’t know of anyone at SAG in particular who would investigate this sort of thing; that is, unless the website advertises some sort of tie-in to SAG or its employees. That said, it’s at least worth a call! And while you’re at it, continue to get the word out to people (like me) who have some sort of platform (like this one) to help steer unwitting actors from heading down a path that leaves them thousands of dollars poorer, and without even having met the pros they were told they’d get to meet (many of whom would’ve met with ’em for free, if the newbies had just researched a bit about the individuals advertised).

Please follow up, Jeremy! I’d really love to hear where this goes. Good lookin’ out, as always.

Originally published by Actors Access at http://more.showfax.com/columns/avoice/archives/000832.html. Please support the many wonderful resources provided by the Breakdown Services family. This posting is the author’s personal archive. 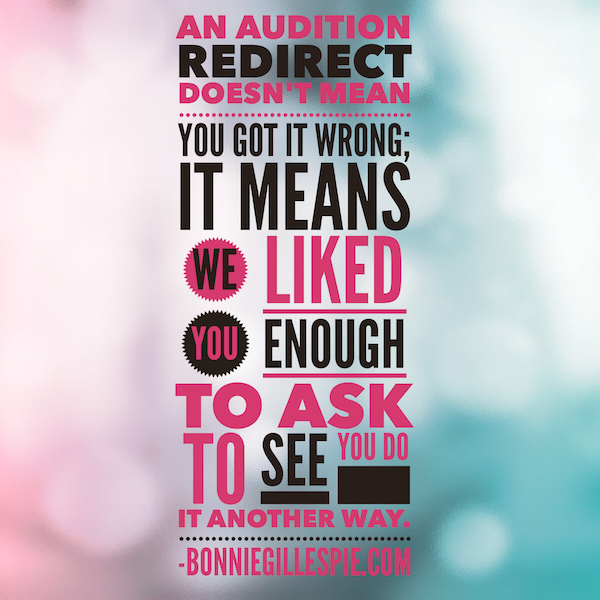