So, in looking over the emails I’ve received regarding last week’s piece on Gimmicks, it occurred to me that I should elaborate on some of the good gimmicks out there, as I really only touched on a few of those and left out other great ideas altogether. Yeah, yeah, I know. Once I write about it here, it’s not unique enough for you to bother trying it as a part of your own promotional efforts, but hopefully you’ll experience a spark toward another great idea, by reading about these!

Let’s dive into a few more ideas, plus some follow-up questions I received via email, after posting last week’s column. (Including some more not-so-good gimmicks, just for good measure.)

One of my favorite actors has this postcard that sells her as the next “prime-time bitch.” She includes a very vixen-like photo (which is totally her type) and a list of special skills like “throwing drinks, pulling hair, and slapping.” Great branding, great follow-through, great sense of humor. You would totally get her before even meeting her.

Can VO actors use “good gimmicks”?

Definitely! Remember, it’s all about teaching us your brand. So, if you’ve created a logo for your CD case, your website, your business cards as a voiceover artist, you can extend that to your promotional materials (postcards, clever mailings, magnets, whatever you could imagine)!

One actor I know (and whose work I love) gave me a calendar magnet with his headshot on it. Now, you might think, “Hey, that’s really specific. Magnet (can only go so many places). Calendar (won’t be any good next year). Headshot (blatant self-promotion),” and you’d be right, but I really do have this actor’s calendar magnet up on my fridge. How often do I need to know what day it is while in the kitchen? Not too often. But I always smile when I see his headshot, and that’s enough of a “win” for his promotional budget to make it worth it, even if I toss the thing out in a few weeks.

Is your manager including you on his regular mailing to CDs about his roster? What? No manager? Oh, well, there’s a fix for that. A couple Decembers ago, I received a postcard from a half-dozen actors who pooled their resources and produced their own “management roster”-looking postcard, promoting themselves equally and advertising the fact that they would be staying in town for the “dead weeks” between Thanksgiving and the New Year. Brilliant idea and really handy, as I did have casting needs during that “hard-to-reach-actors” time of year.

Perhaps you’ll recall that I talked last week about signing that release when you get your photos taken and processed so you can be featured in their promotional materials. Okay, how about this one? You’re on Actors Access already, right? So check the box that gives the site permission to feature your profile right on the front page of the website!

What were you talking about, with photo postage stamps?

Oh! That’s easy! You’ve seen them and probably don’t even realize it (which is why it is such a good form of passive advertising). Stamps.com allows you to upload your own photos for real postage stamps. Really! It’s a great way to have your headshot right on the envelope. Again, don’t count on this being a make-or-break kind of promotional effort on your part. It’s just like everything else, when it comes to actor self-promotion: Do it if you can afford it and it fits with your overall vibe when you enter the room. Don’t expect anything from it and be pleasantly surprised if somehow it leads someone to call you in (not that you’d be able to track that, most likely).

I love the “headshot used as postcard” gimmick. You know, you take your full-sized, 8×10 headshot, and instead of printing you resumé on the back, you print a mini version of your resumé and use the rest of the backside for postage and addressing the oversized “postcard” you’ll mail. Mail? Just like that? No cover letter? No envelope? Yup. Just like that. The headshots show up no worse for the wear than those that have all sorts of cardboard reinforcement (and please, don’t waste money on that. Those actually get bent up and forced into small mailboxes just like everything else, no matter how much you write “do not bend” on the envelope), and we don’t have to open a dang thing. Your note is written on the back, right next to our address and your mini-resumé, and that’s that. Rather than spending money on clear envelopes (which really only make us less likely to open your submission, since we can already see if you’re right for the part or not and toss you right away if you’re not right), which might cause us to miss out on your key credits, use the 8×10 postcard option and we’ll flip it over because we’re already saving time, not having had to open your envelope!

Use the real estate that is your resumé. Earned a great review? Put it on the footer area of your resumé. Let us read it! Let us read several! Your resumé is a marketing tool, so let it help you get that job done. DON’T be so “cute” on your resumé that instead of listing credits, you type, simply, “Theatre: A shitload of it! Training: Another shitload of it!” I kid you not. *shudder* No thanks, dude.

Those actors in search of new representation (or any representation) will often put on their resumés: “Seeking representation.” Please, don’t draw attention to the fact that no one has taken you on as a client. We’ll be able to see from the absence of an agency logo that you’re flying solo. And if we like your work, we’ll do what we can to help you get on the radar of appropriate agents or managers (even if only by getting you cast in something that they can eventually see). Besides, everyone assumes that every actor is open to having a conversation about possible representation upgrades. It’s assumed that an actor with a good “starter” agent’s logo on the resumé would take a coffee date with a bigger agency’s development exec. Almost every agent knows, if he or she does the job right, the top clients will, eventually, move up and on. It comes with the job. So, don’t advertise you’re not happy with your current arrangement. We may just wonder why you can’t be satisfied with someone who we think rocks!

A gimmick we’re totally on to, and one you might as well just stop trying to get away with, is the “requested material” notation on your unsolicited submission. My favorite is the “requested material”-stamped envelope in which there’s a cover letter saying, “It was so nice speaking with you last week about my client so-and-so.” First of all, we didn’t speak last week. I keep a call log. I know for a fact we didn’t speak. Secondly, you’re an actor who has “fictionalized” yourself a manager. Clever. And totally transparent. We earn our reputation on the strength of our relationships. And these “managers” who rep ONE client only, and pitch that one client until they get stomach cramps doing so are really hurting the actor’s reputation.

In fact, there is one such actor I’m calling in to an audition this week for two reasons: One, I want to see his work. Two, I want to tell him that his dad or his roommate or his alter ego (or whomever it is that’s pitching him several times per day) is actually hurting this actor’s chances. We get it. You hustle. Do it professionally and without insulting our intelligence. We know who the real talent representatives are, out there. Bonus points for being enthusiastic, mom, but you’re not an agent without a license from the state. Don’t fake it. In fact, that’s illegal.

Ooh, one particularly desperate cover letter I received actually said, “I am restless, hopeful, and desperate. I am willing to take whatever project that you would offer me.” It goes on. But honey, if you’re leading off your letter to a casting director begging for work, you’re going to turn off those of us who have legitimate work opportunities for you and attract those scumbags who feed off people like you (and that ranges from seedy to unprofessional to scammy to flat-out dangerous). Be careful. Be smart. Respect yourself. Respect the profession you’ve chosen.

Don’t shoot headshots “in costume.” I know you can play a waitress. Don’t get into costume and shoot wearing an apron, carrying a tray, hovering over a table to take an order. I’ve covered this before (in Bad Headshots, Good Headshots), but somehow the word hasn’t gotten out. Getting headshots taken of you in scrubs does not make me immediately move you to the “producer session” stack of doctor role submissions. Oh, and please leave your pets out of the photos. Really.

If you’re inviting industry to a play, a screening, or a showcase, please provide us with all of the pertinent information. That’d be who, what, where, when, and how much, how to RSVP, how to get more info. I’ve received invitations that look more like flyers for raves. NO information. Cool, but a gimmick that’s not going to make me excited about the prospect of spending an evening away from my life, without knowing for sure I’m walking into something of quality.

What I meant here is that, rather than taking a Sharpie and drawing on new hair or new braces or new scars or new boobs, you really should (first choice) get new headshots or (second choice) include a current snapshot or “mini me” version of your current look on your resumé, rather than defacing your “old” headshots and making us wonder why you let your niece draw on your face. This is a business and businesses require investments. And when your old “business cards” are outdated, you want to get the new ones printed up as soon as possible, rather than scribbling out info on the old ones.

And again, spend wisely on this stuff. None of it is required, in terms of the Costs of Acting. But if it’s something that helps us understand “brand you,” go for it! And if you have so much money to spend that you really would be over-doing it to make your point, consider instead using that money to produce a film, mount a play, put on a showcase. That’s the best radar-landing you can execute!

Originally published by Actors Access at http://more.showfax.com/columns/avoice/archives/000833.html. Please support the many wonderful resources provided by the Breakdown Services family. This posting is the author’s personal archive. 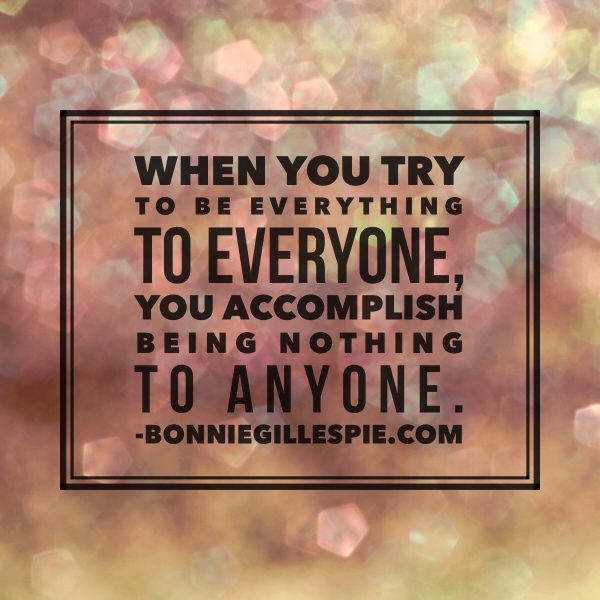