And as I listen to the actors listing off the items that fill those blanks, according to these folks who dole out this advice, I am quite simply baffled.

Does anyone out there actually believe that any one person has THE KEYS to the kingdom? Is there really one person whose one bit of advice is the ONLY THING missing in any actor’s ability to skyrocket from auditioning actor to superstar? Is it possible that someone is SO SMART as to know exactly what it is that every actor should be doing in order to succeed in this industry?

First off, if there were one thing, a formula, a magic anything about how success is met in this industry, it couldn’t be kept a secret for a nanosecond. It would be packaged, sold, resold, and repackaged and resold some more. It is precisely because there is no one way of doing this career that it is so very enticing to so many.

Second, why are there these people who are so dang invested in how it is any particular actor should go about pursuing an acting career in Hollywood? Hey, I’ve got an opinion about most things! Sure! But I don’t go around seeking out actors just so I can say, “Hey, you should really _____,” while I’m walking around living my life.

I am intrigued and a bit disturbed by the overwhelmingly passionate unsolicited advice out there for actors. So-called “experts” with a copy of some secret rule book (that doesn’t really exist), absolutely positive they know exactly what it is that EVERY actor they encounter should do in order to be more successful than he is right now. Where do these yahoos get off?

An actor friend was recently told, “You would book more if you did CD workshops.” Hmm. Really? How do you know? The actor could spend thousands of dollars on workshops and happen to read for producers on exactly as many episodics as he went up for last season. Maybe more. Maybe less. And how does that change the number of bookings he’d experience? Not sure I follow. If he’s already got access to the right people, how is it that doing workshops with them will increase bookings? OH WAIT! I see! This particular “expert” happens to have a financial stake in the workshop facility he recommended. GOT IT.

Another actor friend was recently told, “You would work all the time if you would lose weight.” How does that agent know for sure that that’s true? Does she own and operate a crystal ball? Sure, maybe this actor would be more easily marketed as a leading lady if she dropped 20 pounds, but since she’s a very busy character actor, why would she want to change her shape in order to fit into a more competitive type category in which she’d have to start all over, proving herself? She’d actually be cutting OFF the workstream she already has flowing in order to try something that MIGHT eventually lead to more work. Maybe less work. Maybe the exact same amount of work. How can anyone know?

I mean, I understand an agent saying, “I can’t rep you unless you lose weight,” due to some conflict in her stable. But to make a blanket statement about someone’s castability rather than own up to the fact that she just doesn’t want to represent the actor right now is irresponsible and potentially eating disorder-inducing.

“You need new headshots,” is a very popular absolute. I’ve said it to actors many times. But what I also usually say — unless the photos are unprofessional or just bad — is, “Let’s look at the proofs from this shoot and see if there’s a better choice already in there.” Nine times out of ten, there is a better shot in the bunch and the actor accomplishes “getting new headshots” without having to shell out dough on a whole new shoot. But note the difference between: “You need new headshots” and “You would work more if you had new headshots.” I have no way of knowing whether better headshots would help an actor to work more. Help the recipients of the headshots know the actor’s type and vibe? Sure. I know that would be true. But state with certainty that that’s going to add up to more bookings? How can anyone know?

“You have a great voice. You should get into voiceover. You would work a lot,” is one that is really hard for me to hear. Everyone knows that voiceover is a very specialized market and it requires that a voice actor produce a seriously professional demo reel just to get started! There is a ton of money involved before a VO candidate even has a shot at being listened to, by the pros who actually cast the VO spots out there. But time and again, I’ll hear about how actors are being told they have “a great voice” and that they should “try voiceover,” and then it turns out the person encouraging such a thing just so happens to produce those VO demos required to start out. And if a voice actor produces a demo without the proper training and professional level of readiness required to compete, it’s a waste of sometimes thousands of dollars.

One actor friend told me he would love to be a part of the showcases I produce, but his acting coach has said that her students are forbidden from showcasing outside of her class-related showcase. FORBIDDEN? Huh? Since when can an acting coach forbid a student from choosing to showcase elsewhere? Does she also forbid the actors from taking classes from other coaches? Does she dictate whose headshot photography will be acceptable for all students? What happens if the actors should choose to go outside her circle of influence? Are they banished from Hollywood?

Where does this “God complex” come from and why is it so prevalent in Hollywood?

Once I received an email from a reader who said she found it distasteful that my books‘ covers were visible from the main page for my weekly column at Showfax. She felt that it was my way of trying to sell books to my readers and she said it was “tacky.” Um… okay. So, if I go see you in a play and your resumé is in a kit, is it “tacky” that you’ve included your theatrical agency contact information, in case I should want to cast you in a film after seeing your work in the play?

Look, I don’t write columns each week in which I say, “By the way, buy my books!” Honestly, I don’t care. I mean, of course I CARE, and I love it when people who do buy my books say they’ve been useful to them, but the college and university drama departments alone take care of my financial attachment to whether the books sell (and anyone who’s attended a number of my speaking engagements knows I give away as many books as I ever sell anyway).

But, this underscores my point. If I were to tell actors, “If only you would buy my books, you would book more work,” I would fall into the category of the weird people I’m writing about this week. I find it fascinating that there are so many people in this business who will straight-up offer advice that begins, “If only you would…” and while the “thing” you need to do may or may not tie in to their wallets, they’re sure that doing that “thing” somehow would lead you to wild levels of success.

How do they know that? Do they have academic, statistical research that shows that the average actor who does X receives Y (and Y = wild success)? Really? Then whip out that pie chart, baby, because I loves me some empirical proof!

But that doesn’t exist in Hollywood. Even if you charted someone successful and tracked back every move he made on his career path, from the instant he decide to pursue acting, there is no way you could decide that THAT is the one way to succeed for everyone in this business.

Yeah, you assemble a team you can trust and you do listen to them and weigh their advice and sometimes that means you’ll try something like attending a new CD workshop or losing weight or moving to a new manager or shooting new headshots or going into voiceover or buying a dang book, but in the end, you are the core of your business plan. You are the CEO of your entertainment corporation. Your instincts led you to this pursuit and sometimes listening to your instincts is far more valuable than following the advice of every “expert” out there.

“If only you would…” trust yourself. That’s what I’d say. Enjoy the journey. Seek advice, sure. Listen to it all and try it on for size. If it fits you and your situation, great. If it doesn’t, don’t try to wedge into it. Leave it on the rack for someone else. This is not a one-size-fits-all business. You do what works for you and don’t worry about what “they” are telling you WOULD work better for you. Consider it, maybe. Try it, sometimes. But when you’re really, solidly on your own path, the buzz of “if only you would” starts to just fade out as noise anyway.

Originally published by Actors Access at http://more.showfax.com/columns/avoice/archives/000903.html. Please support the many wonderful resources provided by the Breakdown Services family. This posting is the author’s personal archive. 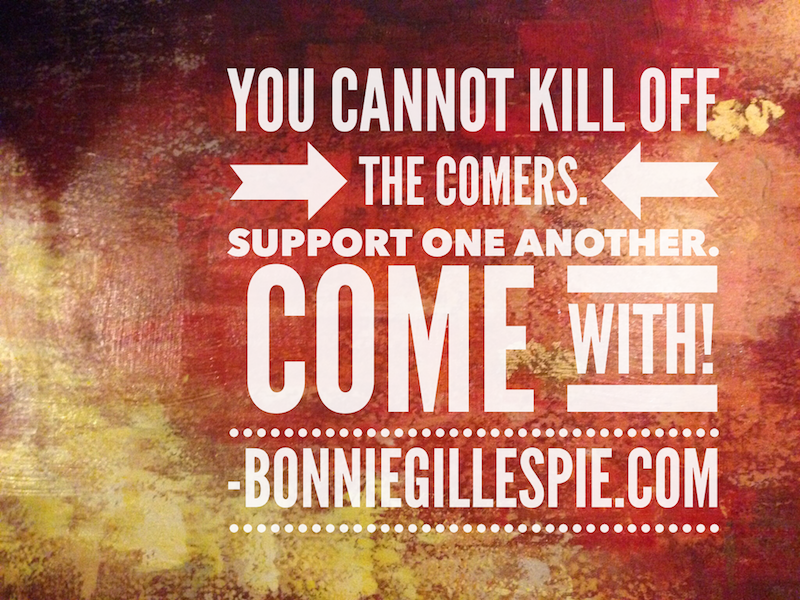