We met through SAG Foundation earlier this year at the cold reading session in February. I learned a lot then about clickable headshots, so I’ve been following your articles on Showfax. This latest one about working a room was sooo timely! I just had to write and say thanks.

I have always found networking to be the most difficult thing about LA. Figuring out where to go, what to say, how not to feel like a total idiot while talking to some one you don’t know. Or worse wanting to really get to know people, but settling for the “surface.” Now however, I understand the true strength of surface conversations. I’ve met several people bonding over things like our favorite British cider (Strongbow), or Ab Fab, or HGTV. Suddenly you are in a full-on love fest about guacamole or your mutually favorite restaurant.

It hasn’t suddenly made my career any different, but it’s made living in LA easier for one, and for two it’s given me a lot of insight into different parts of the industry. But, I must say that coming from living in NY — where I did feel networking was a totally different ballgame — networking in LA has been sort of a blitzkrieg. I go to these events and I feel blindsided, or stuck with the same wingman — my roommate — who is far more vivacious then me, and feeling awkward. And in that vein, your article gave me some great tips to try as I continue to hone my networking skills. I am actually going to a great screening tomorrow and I will totally try and incorporate some of the things you’ve said.

It’s interesting. The “How To Work the Room” piece came about at the last minute, basically because I was looking through a well-worn copy of How To Work a Room and another less-well-worn (but bought around the same time) copy of How To Make Yourself (or Anyone Else) Famous to try and come up with a quick email-based list of tips for actors participating in the Cricket Feet Casting Actors Showcase.

Here we’d done all of this prep on marketing materials, type, scene selection, and rehearsals for the showcase itself, and it was time to review how to do the “after party” and I was running out of time! When I went through those books, I realized that I was remembering some “life changing information” in their pages that really wasn’t there. Sure, it may have felt at the time — I was an actor having just moved to LA in 1993 — as though I’d learned these HUGE secrets to networking, but what I really got upon the reread last weekend was that I’d adapted a lot of great little ideas into my own little system.

And I think that’s what’s key to “doing networking” correctly: Knowing your strengths and weaknesses, then working from the good foundation of the former as you build up the condition of the latter. You take a few kernels of inspiration, add good stuff on, keep building, and keep at it. And then it just takes practice.

After our showcase, I received loads of feedback from industry folks who had come out to see the actors work and share a drink and a bite over conversation afterwards (seriously, we had to rent out the space for an extra hour each night, because people simply didn’t want to leave. It’s unheard of)! One of the frequently-mentioned elements was the fact that the actors seemed confident but not pushy, as they worked the room, introduced themselves (or their wingmen), and talked about the show. “What did you do? Only cast actors who give good schmooze,” one manager asked me. Nope! Just asked them to trust that people were interested in them (or else they wouldn’t have stayed around), trust themselves to be wonderful, and trust each other for support as they mingled and chatted. Bingo!

Sounds like you’ve been doing exactly that, and I love to hear about it, so thank you for the email! Keep me posted on how it’s going for you. I absolutely understand how strange it feels at first to bond over something like cider or TV or the fact that there’s a Chick-fil-A in Redondo Beach, but sometimes it’s just that simple: Get that first “little” bond in the works, and eventually you’ll see payoffs that extend to the professional level, many times over.

Originally published by Actors Access at http://more.showfax.com/columns/avoice/archives/000707.html. Please support the many wonderful resources provided by the Breakdown Services family. This posting is the author’s personal archive. 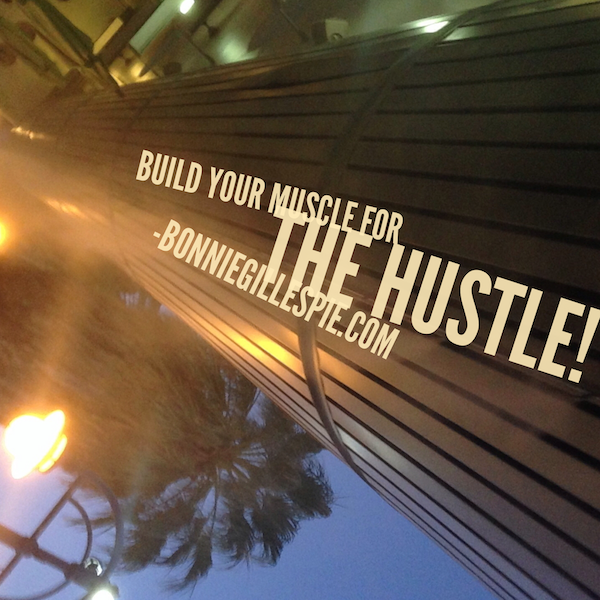