Back when I was an actor…

…a million years ago…

a casting director in a workshop I hit used the phrase “one line fever.” I was curious. Seeing as I was new to the LA market and was hoping to get a shot at my first network co-star (which I knew could possibly be a single line or even a single word), I wanted to learn more.

Turns out “one line fever” is this disease actors get wherein they take a simple line of information meant to help the main characters move forward with the story, and they turn it into Shakespeare.

It’s no longer, “Yeah, I don’t know where he went. Last I saw, he was headed in that direction” to a detective (a series regular detective, of course), instead it’s, “Yeah (wow… this is a big deal… there’s something wrong now that you mention it…), I don’t know WHERE he went (certainly someplace sinister… or maybe he’s in danger… there’s some high-stakes shit going on and I had better raise an eyebrow and use some verbal punctuation to be sure everyone knows that *I* know how big a deal this could turn out to be). Last I saw (emphasis on the *I*, because clearly, I am an important enough character to spin off into my own series after delivering this one line with such emotional depth), he was headed in (wait for it… big finish) THAT direction (cue the flinging arm to indicate where, sending the detective running off after him).”

Dismount! That was some big acting, y’all.

One liners are meant to be thrown away. Your job, as a one-line co-star, is to help move the plot forward by providing exposition for the viewing audience or information to the lead characters, nothing more.

There’s a really easy way to get very clear on this concept, if this is new to you.

The joke in that name is that *every* film, *every* TV show, *every* webseries episode, *every* play, heck, even *every* commercial has someone whose function is to help OTHER characters have their arcs. To help the script itself have its arc!

In the Austin Powers movies, Basil Exposition has one purpose: Deliver information not just to the characters but to the viewing audience so that everyone is up to speed with crucial plot elements and the story can advance as intended.

Your job — as an actor hoping for that first co-star in a major production — is to start watching every TV show, every film, every everything looking for “Basil Exposition.” Of course, it’ll usually be a bunch o’ Basils, each doing their own one-line or one-scene co-star best, but you can bet they’re out there.

Watch for them. Don’t get caught up in the story; don’t drool over the meaty roles the leads have; spend your study time watching for these Basils. Then note how they’re delivering their lines.

They’re “throwing it away,” every time. They’re serving the story, not shining in their “big moment.”

Often, it takes building up from those one-liners over time (and over tiers) to get to the point where you can milk your every word and really chew the scenery.

So take some time in your acting classes — or, heck, even with your fellow #SMFAninjas who wanna work out in person or via Skype — to drill one-liners. Practice the art of NAILING your one-line co-star auditions by *not* doing much.

Throw it away. It’s an art; it’s an art that can be practiced. Get to it!

Then I’ll see you at the next tier! 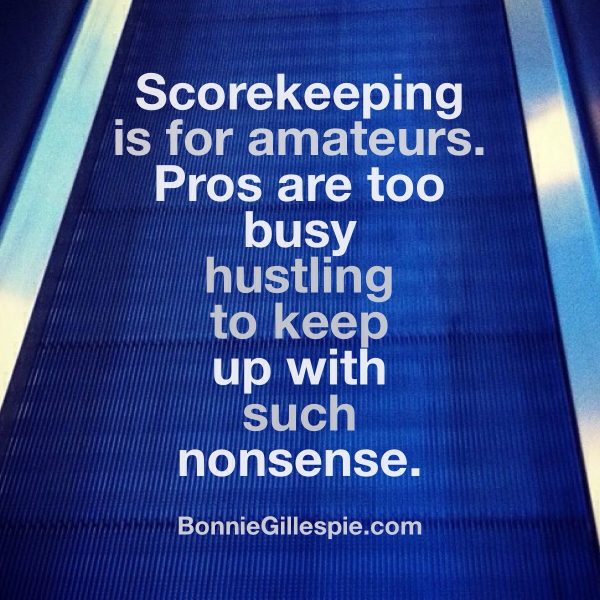