A couple of weeks ago, I started a Twitter account for Self-Management for Actors. Every day, I post another 140 characters from the pages of the third edition of the book (or, if I post something that will appear in the fourth edition, I mark it with an asterisk rather than including a page number). I figured this might be a nice way to keep those who are interested in SMFA plugged in, and to draw the interest of those who haven’t yet bought the book. Even if those folks don’t end up buying the book, they certainly will get a sense of what it’s all about.

Last week, while I was on a teleseminar call with author and career coach Dallas Travers, I was asked about using the Internet for actor self-promotion. I said that there are two things anyone who wants to promote online needs to do: “Be consistent and be connected.” I liked that line so much that I used it at my new Twitter feed the next day. And now I’m going to elaborate on it.

I’ve seen so many well-intentioned folks start up a blog, post a couple of times, and then realize what a huge time commitment it is (and, especially at first, how very little feedback there is from your audience, to give you the positive reinforcement that could make it exciting for you to keep it up) and simply stop showing up. Same thing happens at social networking sites. Create a page, keep it up for a few weeks, then lose interest or worry the return on investment is not high enough, and go away. The Internet is filled with carcasses like this. And they all damage your attempts at branding yourself.

Every time we Google you and find a dead-end, we wonder if you’ve stopped acting. Maybe you’ve changed careers. Maybe you’ve moved out of town. Maybe you started a family and are taking a break. We’re not going to sniff around to figure it out, usually. Instead, we’re going to move on to the next person on the list of actors like you, which was a list you are now no longer at the top of!

So, just like you wouldn’t launch your series until you had several episodes fully produced and ready to roll out, don’t start something you can’t manage to maintain. That consistency of contact is a very important element of your promotional power. Take advantage of the space to really cement your brand — to be sure your type is very clearly communicated — so that buyers will always get a sense of what to expect from you when you walk into the room. Every place that is within your control to shape that message, make it happen! That’s online, that’s your headshot, that’s the font style on your resumé, all of it. It’s all a part of the consistency of your brand.

Let’s face it, people like having access to the people they adore. Even after you’re at the level where you hand off promotional duties to a publicist, someone will be autographing headshots and mailing them out to fans on your behalf. Someone will be handling your fanmail. You will have to stop and smile and wave from the red carpet, to ensure that folks keep turning out to see your films, or keep tuning in to see your shows.

If you offer up an actor-info website with all sorts of tidbits about your bookings and photos from the set, consider using blogging software with the comments feature turned ON. If you don’t love the idea of entry-specific comments, consider opening a message board so folks who want to plug in or weigh in can have a place to do so. And then go check in with those folks (or have someone do it on your behalf) so that you know what’s on their minds and so that they feel cared for.

When I wrote for an online humor magazine nine years ago, we were required to pop in at an e-group (later, a Yahoo group) weekly to connect with our fans. Good thing that was required! It’s the Yahoo group at which I met my husband, eight and a half years ago!

When I wrote for Back Stage West, the editor asked me to moderate an area of the message board with the same name as my column (“Casting Qs”) and that’s where I built some of the friendships that are still my most treasured ones to this day.

Obviously, I include in each week’s column here at Actors Access/Showfax a Your Turn section, so anyone who’d like to have their questions fielded or share their feedback on anything I’ve written (or not yet written about) is encouraged to do so. And even the non-writer part of my career is open to the public, as I post links to the breakdowns I release, so actors can submit themselves rather than relying only on an agent or manager partnership giving them access to my projects. There is interactivity via Facebook and, obviously, Twitter. And whatever comes next, too. 😉

So, as an actor, you are looking to build a fanbase — to create a buzz from an audience of supporters — so that when you do have the opportunity to land BIG on the buyers’ radar, you already have the heat that can make a tier-jump much more likely and significant in scope. By being consistent and connected, you are poised for taking advantage of the promotional heat when you need it. It may feel like you’re “shouting into a vacuum” at first, but you ARE building up the audience that will be thrilled when you have something “bigger” to promote. I can’t begin to count how many people come to me by way of Stephon Fuller’s “long-ass bio.” This autobiography of his acting career began long before blogging software existed, and he transferred everything over when the technology caught up with what he was doing (I did the same thing, as I was “blogging” before they called it that, as a means of keeping in touch with family and friends back home via my website). And now that he has enough material to fill a book (many times over), he’s doing that!

Whenever Stephon has something to share (a booking, an audition story, anything at all), he has people reading (from all over the world) who feel invested in his success. They are on his side, cheering for him, and they are so very eager to know what will come next. That will continue as his career grows and builds. And while someday he may not be the one doing the updates, you can bet they will continue! It’s a great way to treat your audience. And the more people who feel excited to see you succeed, the better the vibe-energy for you, on every audition you tackle!

Originally published by Actors Access at http://more.showfax.com/columns/avoice/archives/001092.html. Please support the many wonderful resources provided by the Breakdown Services family. This posting is the author’s personal archive.

(Visited 53 times, 1 visits today)
be professional what you control your brand 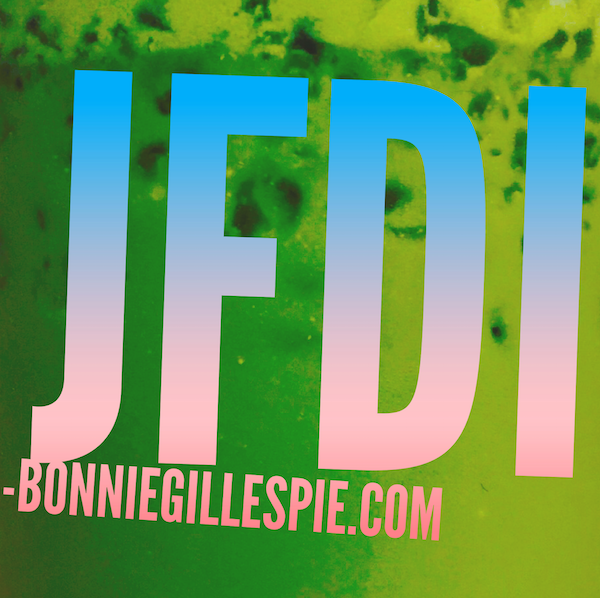