Here it is: my column on casting director workshops! As you’ll recall, I was asked about CD workshops a few weeks ago, and due to my inexperience with the CD workshops currently available, I asked for your help in putting together my column. First off, thank you for the emails! Next, I found the email responses to fall into several distinct categories: pro-workshop (and naming favorites), workshops-are-a-necessary-evil (and reluctantly listing a few that are “less-evil”), anti-workshop (and calling ’em names), and here’s-how-we-can-improve-the-workshop-world (with some great advice and suggestions).

Please note that I am protecting the identities of those who shared so graciously with me on this controversial issue. I am well aware of the political heat the CD workshop issue took a couple of years ago and I know that actors are in a precarious position, when they complain about something in which they feel they have no choice but to participate. So, those of you who feel the need to find out who said what about whom, know right now that I will not be sharing such information. Period. Those who own this website don’t know who said what to me on this issue either. Don’t bug them. Please.

Also note that nearly every email I received about experiences with CD workshops began with, “I’m new in town,” “I just got to town,” and, “Since I only recently arrived in Hollywood,” before launching into why CD workshops may have worked for the actor writing the email. It seems the standard practice in Los Angeles is to take CD workshops while the various casting offices are getting to know you, weaning yourself from them once you’ve been called in to audition legitimately. Many veteran actors referred to CD workshops as “something I did when I first got here” or an option “for a very specific purpose” in connecting with a particular casting director. “Until I could learn LA and find out how to begin to network here, CD workshops were my best opportunity; but they should not be the be-all and end-all of one’s networking attempts,” one actor said.

Okay, so now that the disclaimer portion of this week’s column is out of the way, let’s get to the good stuff, one category at a time.

Act Now: “Act Now offers three-week classes with the same casting director and the classes are fairly evenly priced with other workshops (working out to about $50/night) but my manager was on my case because she doesn’t feel that I’m meeting enough CDs since each class is almost a month long.” “Every one of the CDs I’ve met at Act Now has called me in and Dana Olson recently called me directly and booked me for an U5 on Passions.” “They have consultants that call to let me know which workshops are going on.”

Actors Alliance (NY): “I chose Actors Alliance because they are very discerning about both the level of talent allowed in through auditions and the level of honest interest from CDs in actually meeting talent with the intent of possible future contact.” “I’ve gotten so much info and insight from most of the sessions I’ve attended that it has been worth it.” “Also in New York, I’ve heard great things about the workshops run by Bob Lambert. I know a few people who have booked U5s on All My Children from his workshop alone.”

Actors Co-Op Group: “I love Actors Co-Op Group because I get cold reading practice with very good scenes brought in by CDs and the level of our group is very high. I get to begin long-term relationships on which this whole wacky biz is based for $95/four-pack (nonunion actors pay more) and it’s fully tax-deductible. I know they’re not for everyone, but I’ve enjoyed our workshop so much!”

ActorSite: “I was informed, going in, that without a satisfactory audition with ActorSite, I couldn’t become a member. I was not given a sales pitch or induced in any way to join. I feel that attending workshops along with the other things that are available as a member have been well worth the cost.”

ITA (In the Act): “ITA offers discounts to members for referrals who are accepted (since an audition is required).” “In one year, I have gotten ten auditions that are a direct result of having met CDs through the ITA workshops.”

One on One: “Of the auditions I’ve gotten as a result of meeting CDs at One on One, so far I have booked three jobs.” “They audition actors and not everyone is accepted.”

Reel Pros: “I think the best way to judge is by the talent in the room. Reel Pros has good actors doing good work.”

SAG CAP — Casting Access Program (NY and LA): “I’ve only been doing SAG workshops for a few months, but I’ve learned quite a lot. CDs are just people. My cold reading skills are getting better. I’m gaining confidence.” “The NY SAG CAP session I recently attended was well worth it.” “I am fortunate enough to be a member of both SAG and AFTRA. These unions have opportunities for their members to attend free workshops. Although there are restrictions on how often you can attend the performance workshops, I think any actor would benefit by taking advantage of these wonderful workshops from their first day in the union!”

Favorite general comment from a pro-workshop email: “The odds of booking a job directly because of attending a specific workshop are miserably low, as you say, but the chance is real (however small). CD workshops provide the benefit of daily cold reading in front of CDs. This keeps you loose, fresh, and bookable for when that audition comes. The odds of winning Mega Millions are 1 in 175 million. There are like 1700 submissions per role on Actors Access, right? We’re used to long odds.”

Most comments from the “since-we-have-to” group of emails are of this nature:

With that said, here are the workshops mentioned by name with something between a rave review and an outright “avoid” comment.

Act Now: “I’ve heard dubious things about Act Now, but I haven’t been there myself.” “They did audition me to enter the program, however I don’t feel that there are any levels in terms of which class you can take, so that felt a little bogus.”

Casting Network: “I have heard good things about Casting Network. They come recommended by agents, managers, and actors, so I feel like I owe it to myself to check it out.”

PrimeTime: “I had excellent experiences with PrimeTime back before they melted down. I’m under the impression that they are completely out of business now, but if they’ve reformed, actors should be aware that it’s a different group than the one that established such a stellar reputation ten years ago.”

Reel Pros: “Of all the CDs I met at Reel Pros, not one of them called me in.” “I have several actor and CD friends who recommend Reel Pros. When I get the money, that’s where I’ll be starting back up.”

Reel Pros: “Many of the actors were what I considered below par and because most of the CDs had us read in pairs, it was difficult to overcome that.” “I did not like the workshops I went to at Reel Pros II. They felt very much like the CDs were only there for the money. Each class I took felt rushed; like the CDs were just trying to get through all of us and that’s it. I understand that attitude at an audition, but at a class that I paid for, I expect at least an iota of feedback.”

TVI: “Places like TVI take anyone. If you’re going to do a workshop, surround yourself with great talent.” “I advise against TVI. They fancy themselves as managers and charge gobs of money for this service (things that actors can do themselves) as a prerequisite for signing up for their most popular classes (which also cost money).” “TVI’s consultants advise that you pad your resumé, calling extra work featured work, to make it look like you have more on-camera experience than you do.” “They routinely advertise that a certain CD will be running a workshop, knowing full well that the CD in question is unavailable. Then, at the last minute, they bring in some low-level assistant to fill in for the unavailable CD.”

While I received many more negative comments on specific CD workshops, the ones I’ve chosen not to post here were overly-general or second-hand in nature.

Some really good guidelines, from readers emailing about CD workshops to avoid include:

How To Improve Workshops

“Where it starts to go haywire is when people make a career out of going to workshops. No one should be going to a CD workshop until ready to be seen by a CD. Once you’ve seen a CD and been called in for an audition in the office (or have been cast), it is totally unnecessary to see them again. Just like with everything in this business, there are scams and shoddy venues. Shop around.”

“I’d love to see SAG and AFTRA step up to the plate and create many, many opportunities for CDs to have workshops and generals for actors. If supply met demand under union auspices, it would seem a lot less sleazy and be viewed as more regulated. The CDs could still get an honorarium from SAG and I’m sure the actors would gladly pay the administrative costs of the program.”

“Most lie to the actors. Workshops say so-and-so is casting this-and-that (or they’ll be casting two new projects in the next few weeks). They prey on the fact that most actors do not know what’s going on. How about knowing what we are paying for? How about a central website where people post what they booked from workshops and who called them in? Let’s find out who’s doing what so the good ones are recognized for bringing us in.”

So, get on it! Mobilize yourselves and share information with one another. Plays are reviewed every day! Why not review the CD workshops? If what we witness in the workshop culture is simply supply and demand, then why not subject the industry to the process of “consumer review” so many products and services in a capitalist society rely on?

I’m sure I’ll be hearing from you on this topic again. Thanks, everyone, for the source material for this piece. Wherever you stand on the workshop issue, make sure you make well-researched choices before spending any of your hard-earned actor money!

Originally published by Actors Access at http://more.showfax.com/columns/avoice/archives/000275.html. Please support the many wonderful resources provided by the Breakdown Services family. This posting is the author’s personal archive. 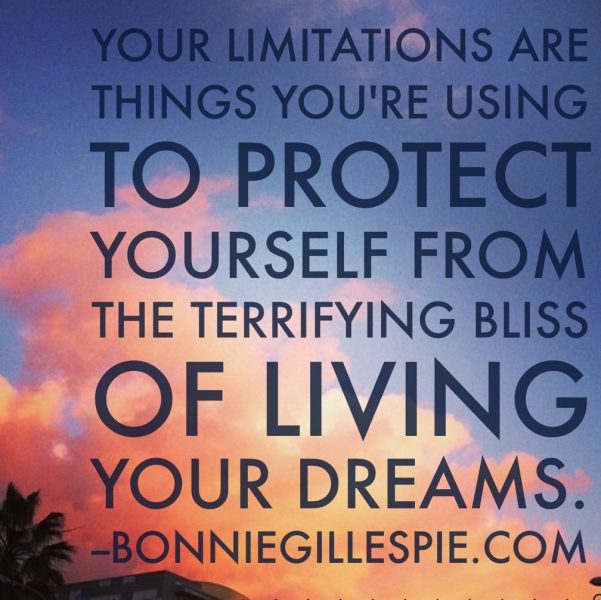