So, over the past few weeks, I’ve been working with a few different clients on their footage.

Yes, meeting season is upon us and reps wanna see “How are you gonna make us MONEY” with those demo reels and that means ninjas are tightening ’em up and focusing everyone’s attention upon those next-tier goals.

Here’s a biggie that often gets missed: There’s more than one way to analyze your footage!

Typically, actors are great at knowing which footage is “worth” most because it’s the high-profile project, the studio film, the network sitcom, the scene with the fancy famous person, that gig that paid so well. Easy.

Sure! When compared with the student film project on which everyone was learning something, the low-budget indie in which you’re under a boom shadow in most of the scene, anything with sound problems, or even bigger-budget stuff where the best thing you can say is, “Hey! That’s my elbow,” those GOOD scenes are clear.

(And if you need a refresher on how to rank your footage — this does NOT mean the order in which to place it on a linear reel, BTW; it’s just how to determine the value of each piece — visit this piece in my blog archives for a walk-through.)

Beyond the quality of the clips, there’s the “What do you teach buyers about my brand” item. It’s great to go through your footage with an eye toward that dream role you were born to play. How much of what you’ve got available is showcasing that trajectory? And what of it is confusing us as to how BEST to cast you?

Oof. Get rid of any of that. It’s clutter. It’s a distraction. It’s not helping you; it’s hurting you.

But what often gets missed is this whole TIER thing. (If you’re unclear on the tiers, here’s a handy walk-through for ya.)

And, baby, here’s where hiring a rockstar EDITOR is money well spent. Sure, you may know iMovie. Sure, you may be great at rearranging clips. Yay, you! But an editor — especially one of our favorites, EditPlus and Edit Monster — knows the difference between a co-star edit and a guest-star edit of the same freakin’ footage.

In working directly with clients *and* these editors to completely overhaul EXISTING footage to get it next-tier ready, I swear, the difference I’ve seen is like night and day.

Not just the focus on the actors (the original edit was probably all about the star, minimizing your expository work, as all it was meant to do was deliver information and move the scene along quickly — these retooled cuts shift focus to YOU when it’s time to show guest-star weight and layers in your work) but also the PACE of the footage itself.

Meaning, there’s breathing room in a guest-star clip. There’s no rush to deliver exposition and move things along. There’s space. There’s the vibe that there’s more to learn about this person, this relationship, this kernel of a story arc.

There’s room for the buyer’s brain to go, considering what you’re capable of — vs. you being that utility player who delivers a line to move things from point A to point B.

And rushing through even a recut-to-focus-on-you co-star scene still makes us FEEL as though we’re watching co-star footage on a co-star reel.

THIS is where self-editing falls short.

Remember, there’s nothing wrong with being squarely at that co-star tier if that’s where you are! Yay, you! But when it’s time to graduate to guest-star, revisiting that footage to get *it* in alignment with that next tier vibe is a worthwhile investment. Heck, it pays for itself before they yell, “CUT!” on that first guest-star booking off your retooled footage.

Psst! Watch your inbox, baby! Coming up in two weeks? Best four days EVAH! Major deal on coaching with me… and the door opening up for those who’ve been asking when, when, WHEN! 🙂 Can’t wait to roll this out for y’all! Hooray!

New York and LA ninjas? Thirsty Third Thursday is the 16th and of course you’re invited to connect with your brilliant creative community to celebrate our collective badassery! 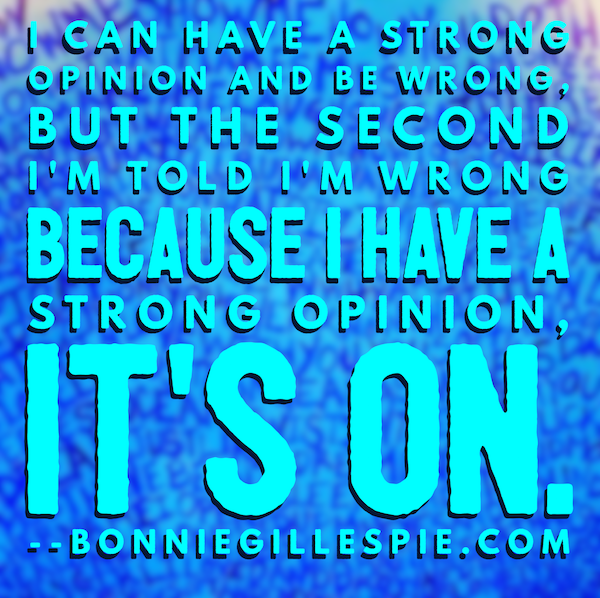