Hello and woo HOO! It’s freakin’ August! *How* is that possible? Eesh!

Okay, so you know “that guy” right?

That guy who self-promotes in a way that’s basically entering a party wearing a sandwich board and ringing a cowbell, clanking it up and down as he screams, “Hey! Look at me! I’m doing actor stuff!”

His Twitter feed is a long list of copy-and-paste @ mentions to every. single. casting. director. he can find, blasting out a link to his demo reel.

There’s no convo that *doesn’t* include details about his latest booking, his most recent avail, this crowdfunding campaign, that play he’s in… and it’s not because he’s working all the time; it’s because he won’t shut up about what he’s doing. Ever.

Now, before you decide I’ve written this guy off altogether, please know that I classify him as a bit of a narcissist, yes. Results-oriented, sure. A spaghetti-slinger with his promotional activity, absolutely. But I also know that if he’s DOWN with this behavior, it doesn’t matter AT ALL what I think about him. It’s working for him because he’s aligned with that hustle.

What I want to focus on is this…

Whenever I talk with a coaching client, a masterminder, a badass in the comments area of our awesome online program about stepping up the promotional strategy, I can almost *feel* the non-narcissist, non-results-oriented, non spaghetti-slinging-promoter cringing.

“I don’t wanna be that guy.” That’s the subtext.

Here’s how I know you’re not suiting up in the sandwich board and picking up a cowbell: The person who becomes “that guy” was already “that guy” before he ever promoted a dang thing.

His setpoint of awareness about what his interactions are like out in the world was long ago established in the me-me-me zone and whether he was talking about his new puppy or his new agent, the experience on the receiving end would be the same. “Wow… is he even *seeing* the signals he’s getting about how this convo is landing?”

But our minds automatically go to the most extreme example of self-promotion when we even consider putting the word out about what we’ve got going on in our lives.

We imagine everyone on the receiving end of the teeny little blurb we put together rolling their eyes at us for being so braggy. We picture them saying they’d rather never hear from us again. We run a whole worst-case-scenario version of things through our mind and let it prevent us from doing any sort of promotion at all.

And that last part is where this gets criminal.

Because when we’ve had a WIN, when we’ve created a reality we’re proud of, when we have something really great going on and just want to share it with the world — especially when their awareness of our WIN can potentially become a win for them as well because it shows them exactly what sort of storytelling we do (and maybe that intersects with exactly the sort of storytelling they do) — we *should* let folks know about it!

We’re depriving them of something wonderful when we *don’t* put the word out.

We *should* be excited to let someone in on our fabulous storytelling the exact same way we would be excited to tell ’em about a great movie they should see or an awesome book they should read or even a new restaurant that’s superyummy!

We care about the person on the receiving end. We know they have a need that aligns with this *thing* (movie, book, restaurant… or, yes, the thing WE have to promote right now). And informing them is our gift to them… to do with as they please!

We carry no agenda for what they do with the gift any more than we would if we recommended a restaurant. Go, don’t go, whatever. We put it out there and move on.

So, remember: When you are feeling resistance to promoting something because you don’t wanna be “that guy,” remember that “that guy” would recommend a restaurant NOT because he knew the person liked that kind of food but because HE had an agenda for that food getting eaten. He’d recommend the joint, add a tracker to the email to make sure the person GOT the recommendation, call or tweet or text or otherwise inbox the person to find out when they’d be making reservations at the restaurant, and then hound ’em like hell ’til they put up a review on Yelp (and God help ’em if the review were less than five stars). 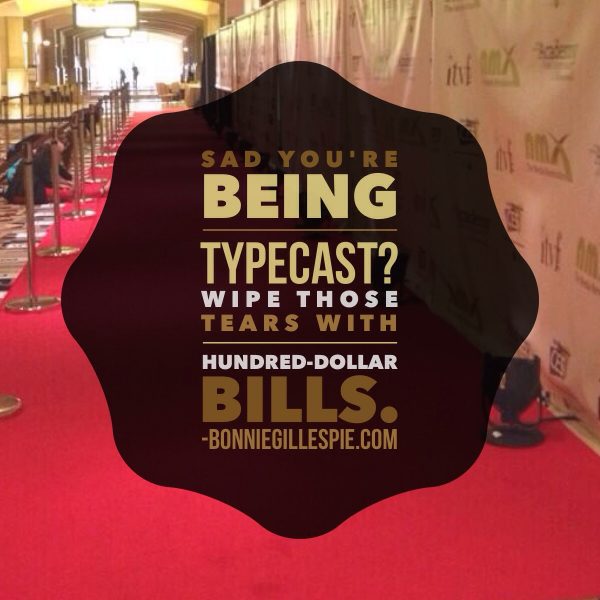