It’s no secret that a few casting directors have gone on record stating that an actor’s social media following can influence casting decisions.

While opportunistic marketing gurus have found a way to use those few casting directors’ quotes completely out of context to sell actors “How to Build a Social Media Following” courses and while actors are like Chicken Little screaming that the sky is falling because they only have 100 Facebook fans or 1000 Twitter followers, smart actors are staying the course and building relationships organically over time, amassing credits, creating content, collecting footage, and navigating progressively from tier to tier to tier.

Let’s break this down, shall we?

A few (A FEW) of the more than a thousand casting directors in the world — people who cast fancy name-level actors in fancy studio and network projects — were interviewed about whether or not an actor’s social media following influences casting decisions. They answered honestly.

Yes. When we’re looking at fancy name-level actors in fancy studio and network projects — actors whose IMDb StarMeter levels are already pretty effin’ impressive, actors with solid credits and a good amount of on-screen time already — we do look at social media following to determine what EXTRA something (y’know, like an existing fanbase) someone might bring, when we’re down to final choices.

Somehow, this little truth got turned into miles of piles of steaming horseshit.

And actors are buying it, reselling it, and screaming about it like it’s gospel and — worse — behaving as if it affects them… when they’ve not even booked their first network co-star or studio film supporting role.

I should just chalk this up to Actor Darwinism and figure if an actor wants to pay to learn tricks to inflate social media numbers in hopes it’ll make THE difference in whether or not they’re cast, that’s their loss of time and effort and money that could be invested in things that actually DO make a difference. Y’know, like creating content that showcases exactly what you do best to the targeted buyers who regularly need exactly that, like training with top coaches who challenge and inspire your best work, like cultivating relationships for the long-term, like developing and following a business plan that helps as much linear progress as possible come to fruition in this unpredictable industry of ours.

But when one of the most ninja actors I know — someone who absolutely knows better than to buy into this hype — came to me with a NEW spin on this issue, I realized I’d better care more than I have about this and rethink my tendency to shrug off the sheep-like actors who aren’t looking under the hood to really examine the CORE information that sparked this “urgent need” suddenly.

Here’s the new spin: Supposedly, agents are now NOT taking on actors without a big social media following.

Now, before you too join the “the sky is falling” chorus of Chicken Littles out there, let me walk you through this bit of horseshit exactly the same way I helped you navigate the miles of piles of the original trend, above.

Once certain talent agents and managers started seeing actors get whipped into a tizzy about boosting their social media numbers, they realized they had a powerful new tool to use when saying NO. It first started with their existing clients.

Here’s how: Actor calls agent to ask, “Why am I not getting out right now? What can I do?” The agent can’t say, “It’s slow,” because it’s NEVER slow (someone is getting cast somewhere EVERY day) and because the actor has friends who are going out constantly, so the actor already knows this is untrue.

The agent can’t say, “It’s your headshot,” because she already used that reason last year, and you’ve re-shot. Again.

The agent can’t say, “It’s your union status,” because you got yourself union-eligible because we’ve long-ago demystified how to make that magic happen in pretty much a weekend.

The agent can’t say, “It’s your demo reel,” because everyone has now shot on-brand, original, target-specific footage that casting LOVES.

The agent can’t say, “It’s your training,” because you’ve been in a wonderful ongoing class that has upped your craft exponentially.

The agent can’t say, “You don’t know any casting directors,” because you’ve hustled your booty off to develop relationships with your target casting directors, using exactly what method works best for those particular buyers.

All out of STOPPERS, suddenly the agent has a NEW bit of “actor busy work” to assign with this GIFT of actors *already* foaming at the mouth about this line of bull about how VITALLY IMPORTANT their social media following is. (They did this with Slate Shots, remember? Didn’t that keep you busy for a minute? Has it helped? That’s what I thought.)

Because this, “You need to boost your social media following” line has been so effective at getting their existing actor clients off their backs about what might *really* be the thing that needs fixing (maybe the agent doesn’t know how to pitch you, maybe the agent doesn’t have relationships with the buyers that are actually the best fit for what it is that you bullseye, maybe the agent has too many of you on the roster and you are the low actor in that ranking so the higher-earner with a track-record gets pitched first), some agents have now started using this excuse to NOT SIGN actors.

Actors are leaving otherwise great agent meetings thinking WHAT NEEDS FIXING is something that is just a load of horseshit (Have I said that enough?) and they spin off into the land of actor busy work, NOT focused on things that actually would make a difference.

Let’s be clear: If an agent saw dollar signs when looking at you, he would sign you on the spot. He wouldn’t care if you weren’t in the union, if you didn’t yet live in Los Angeles, if you had no demo reel, if you weren’t yet on IMDb, or if you had never even CREATED an Instagram account.

Best believe: There is NOTHING that a strong social media following can do to overcome an agent not wanting to sign you. So even after you GET more followers, the no is still a no.

But they’ll use your low social media following as a STOPPER because it sends you away, it gives you a project, it gets you out of their hair so they can focus on bookers they ARE actually excited about, and hopefully you get distracted and leave the business because “it’s all so hard,” rather than focusing on the things you CAN control and building — organically — toward the career of your dreams over TIME.

Now, you watch: We’re going to see a wave of industry buyers at ALL tiers jumping on the bandwagon saying, “Oh yeah. Your social media following is why we can’t sign you. Why we can’t cast you. Why we can’t take the meeting.” Ooh, it’s SUCH an effective STOPPER.

Who could’ve *possibly* seen this coming?!?

That’s why I’ve been telling y’all to stop getting all whipped up about a Twitter following, a Slate Shot, or how many times your YouTube vid has been given a thumbs-up. This is all just actor busy work nonsense that has maybe 0.01% of a factor in whether or not YOU get your first network co-star or your first supporting role in a studio film. MAYBE there’s a tier in the early stages of your career at which it rises to 1% of a factor.

Sure, if you’re at a tier at which you’re doing lead roles in small indie films and you can bring 50,000 Twitter followers to the party, that may turn the head of someone with a $100K budget who can pay you $100/day to shoot a micro-budget indie film for which you provide the bonus of a fanbase that large.

But assuming you’re thinking you can GET to 50,000 followers without buying followers (we can tell), running game by following and then unfollowing after people follow you back (we can tell), or doing ANYTHING that doesn’t *also* come with a steady rise through the tiers as evidenced by your IMDb credits and the amazing, on-brand footage on your kickass demo reel, well… you can’t.

And if this rant didn’t convince you of that, that’s fine. You have fun chasing these STOPPERS and then, when you circle back around to the buyer who said NO to you — specifically because you didn’t have the social media following — and now you’re proud because you have your totally fake, inorganic, non-engaged “fanbase” of bots and follow-backs, you watch. There will be a NEW stopper.

Because if you were *ever* gonna be a future HELL YES actor for them, they wouldn’t have *given* you a stopper; they’d have given you an action item that matters. Y’know: Get in a competitive improv troupe. Study under one of the marquee coaches. Recut your reel with the highest-impact scene first. Build entry-level relationships in target casting offices on your own. Get union-eligible so you’re more marketable to more buyers at your current tier.

More likely, they’d have been so INTO YOU because they saw dollar signs that they would’ve signed you DESPITE what’s “missing” and then hustled THEIR booties off to help you fix that “deficiency,” because THEY are great at helping actors build social media followings. THEY are great at helping get you out at red carpet events so you’re photographed by Getty Images and seen as higher-profile when folks view your gallery on IMDb — something that boosts your following organically. THEY are great at the stuff that they’re asking you to do… only if they weren’t that into you to begin with.

If they’re into you? They’re snapping you up and taking care of *all* those details FOR YOU so you can focus on the thing YOU DO that makes *everyone* money: ACTING.

Here’s how I know: At EVERY tier, agents are regularly taking on clients who don’t even have a website, much less some mythical “huge social media following” that’s so often called a requirement, now. It’s NOT the social media following that’s making the difference — that’s just a BONUS, for some levels of “following” at some tiers of the business. Period.

Ahh… I foresee pointing a lot of actors to this rant over time, as more and more buyers at all tiers catch on to the “social media following as STOPPER” tactic. Meanwhile, gurus teaching actor busy work classes are raking it in. 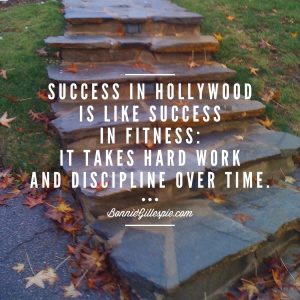 Success in this business is like success in the fitness industry. It takes hard work and discipline over time.

Put in the work. Stay disciplined about it. Give it time.

I cannot wait to welcome you to the next tier! 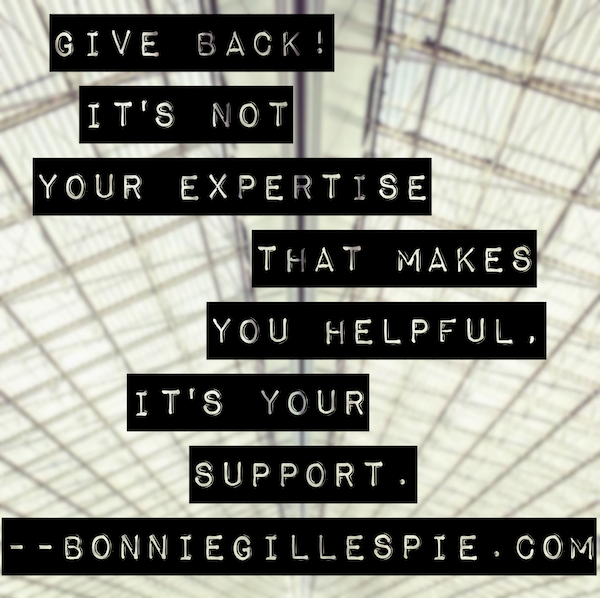