Great read on the Anatomy of a Reel. I moved here recently and don’t have much film or TV footage because my main start was in theatre.

That being said, is it unprofessional to film yourself performing a monologue, commercial, etc. in a well-lit, professional setting as a “beginner reel” or would casting directors prefer you didn’t have one at all? And if it’s good footage of theatre, can I throw that in or will that be too unorganized?

I have good monologues or excerpts of monologues and commercials that would showcase my brand but since it’s not a “real” TV show or film is that off-putting to the higher-ups that be?

Thanks for your help and keep on keepin’ on!
Best,
Holly Constant

Great questions, Holly! Thank you! I’m so glad the article was helpful.

I know it feels important to have footage that shows the buyers what you can do as an actor (and it *is* important, of course). But often times actors rush to put ANYTHING together because they don’t realize that sometimes it’s better to be perceived as new than to string together footage that simply cannot compete with footage from network television or studio feature films, which other actors have on *their* reels.

So, what do you do? First, revisit my column on the Inverted Pyramid. This will walk you through the hierarchy of footage and that should help you a great deal with determining where your commercial, your monologue, and your stage footage “rank.”

Definitely, it’s fine to have the most professionally-shot stuff you’ve got available as clips for the buyers to check out, but rather than trying to prove, “Hey! I can act!” by having less-than-awesome footage strung together on a reel, maybe keep it very simple.

Just have the very best piece you’ve got available to show buyers at the very next tier what it is you can do. Then hustle like crazy to *get* that next-tier footage. Get work on phenomenal student films at the schools with the best programs (if you’re in LA, we have a freshly-updated SMFA Hot List of these here — get access to all our Self-Management for Actors updates by registering for SMFA Hot Sheets). Target the grad school thesis films, as they’ll be the highest quality and have the greatest likelihood of giving you something really great for your reel.

Shoot your own content. You know I’m a huge proponent of creating the footage that will showcase you exactly as buyers at the next tier need to see you. Make that a priority. The best news is, as someone who’s getting to piece together a reel from scratch, you can specifically target work that aligns with what you’d like to put ON that reel. Very empowering!

As for the material you currently have, sure, you can use some of it. Run it through that checklist that is the Inverted Pyramid, think about what you’d like to teach the buyers about how to cast you next. Maybe use a specific clip with your Actors Access submission when you feel it helps you rather than always having it available as a part of a linear reel.

Remember, your reel is the trailer for the feature that is YOU. Be sure every piece of footage you include is doing an awesome job at showcasing exactly how wonderful you will be on the next set.

Originally published by Actors Access at http://more.showfax.com/columns/avoice/archives/001992.html. Please support the many wonderful resources provided by the Breakdown Services family. This posting is the author’s personal archive. 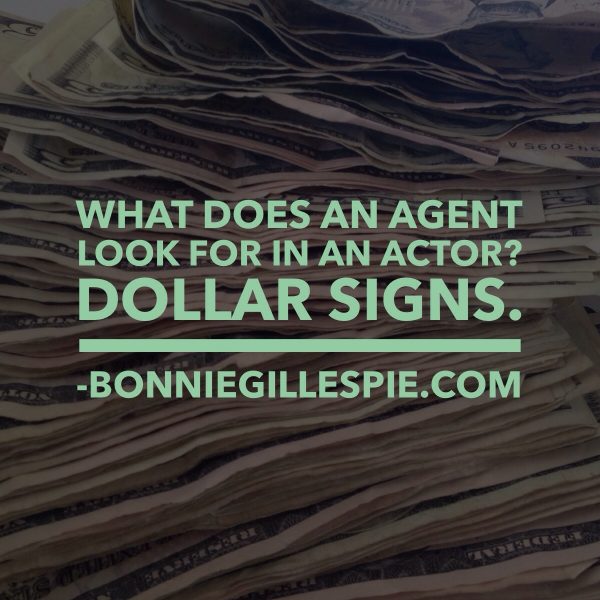