With apologies to John Donne, I chose a tip of the hat to his theory that No man is an Island, entire of itself as the title of this week’s column. Regular readers will recall that I’ve said before: “I used to say that I work with a lot of first-time filmmakers. But actually, that’s not true. I work with a lot of second-time filmmakers, because first-time filmmakers cast their films on their own and then realize they’d rather pay someone to cast for them, because the filtering process is so much work… and they need to focus on about a zillion other things in pre-production. They can come back to The Casting Issue well after submissions and prereads to make some decisions, saving themselves a load of stress.”

That said, I have met — and worked with — a few filmmakers who are, unfortunately, hyphenates. Wait. I am a hyphenate, so I can’t use such a sweeping generalization as a negative. It’s fine to do many, many things in this industry. In fact, Hollywood thrives on those who live the hyphenate lifestyle. So, let’s say it’s the über-hyphenate who becomes an island that I’m talking about, in this article. You’ve met the type: “I am the writer, director, producer, star, camera operator, makeup artist, composer, singer of the soundtrack, caterer of this project and my name will be on every frame!” It’s the Barbra Streisand-The Prince of Tides type of thing I’m talking about here.

Now, I adore Babs, and I think her work is amazing in about half of the jobs she’s taken on, in Hollywood. But there’s something that happens when someone assumes all roles in his or her project. It’s a form of Tunnel Vision, and it’s ugly.

Because Thompson Thompson was writer, director, and producer of this project, his fingerprints were on every frame. “Rightfully so,” you may suggest, but I’d argue that a producer’s fingerprints are already all over the finished product. That a director has made his or her stamp of approval (or taken a stand against a certain producer’s choice) on each shot. And that the script already exists in Thompson Thompson’s voice. Every character is living his POV. So, when the finished product is all about this ONE person, there is often very little that is relatable to those in the audience who do not share that particular person’s POV (and that’s most members of the audience).

This came up recently because a filmmaker suggested that the credits read, “Casting by Bonnie Gillespie AND Thompson Thompson.” I asked, “Will you also be listing a credit of ‘Makeup by Jon Jon and Thompson Thompson’ or ‘Location Scouting by Sarah Sarah and Thompson Thompson’?” Because the filmmaker or producer okays EVERY decision, the very idea that that makes each decision a shared credit is ludicrous. However, some filmmakers want that sense of ownership.

I bring this up here because I want to warn actors who get very excited about auditioning for indie films, spec pilots, or world premiere plays to always take a good look at the project’s pedigree. Sure, we’re all going to say yes to a project by “the right person” when it comes along. But when you see a breakdown in which the producer, director, writer, composer, casting director, DP, makeup artist, and caterer are all the same person; I advise you to take an extra moment to be certain this is a project you’d want to be a part of.

It’s not that there is something wrong with projects with only one person at the steering wheel. It’s that — in the finished product — every voice tends to sound like that one person. And in that case, who is your target audience? The project will probably ROCK for those who see the world exactly like your hyphenate does… but that’s probably a very small number of consumers. And you’re looking to be a part of projects that speak to a broad audience, I assume. Otherwise, you’d be content with doing community theatre in a small town (not that there’s anything wrong with that… it’s just a different world).

Part of what is beautiful about creative endeavors (including filmmaking) is the collaborative process. There’s something gorgeous about the participants’ willingness to check in with one another, learn from one another, build on one another’s suggestions, and nurture a more amazing finished product through this process. A person who works as an island isn’t going to have any of that beauty, in his or her finished product.

This warning extends to actors looking at acting coaches who only acknowledge that one type of training exists, at theatre companies with only one goal (their singular vision) in selecting the material for a season, and at breakdowns that appear a little too good to be true. Sure, it’s the best-looking breakdown you’ve ever seen and you can’t wait to get your actor-teeth into such a character… but if it’s a Thompson Thompson production of a Thompson Thompson film based on a concept by Thompson Thompson written by Thompson Thompson… you may wish to spend a little time being absolutely certain you are crazy about the Thompson Thompson vision before investing in an audition, much less a role.

Originally published by Actors Access at http://more.showfax.com/columns/avoice/archives/000418.html. Please support the many wonderful resources provided by the Breakdown Services family. This posting is the author’s personal archive. 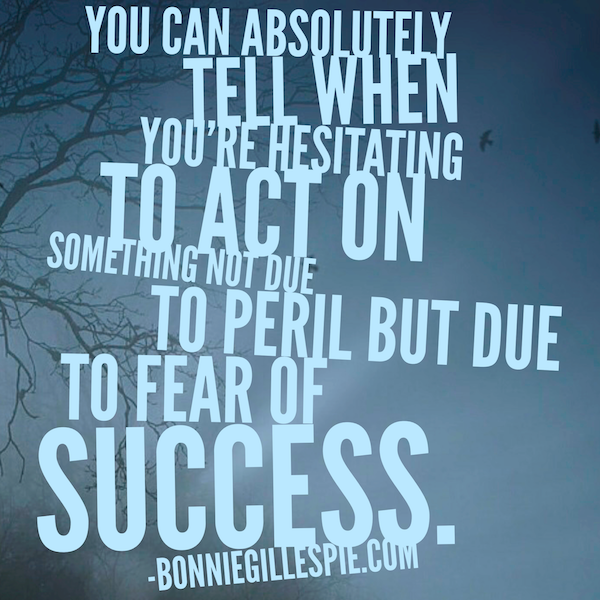