I just read for a very big producer/director in NYC for a callback. The first audition was for an LA casting director who called my agent later that day for the callback. Anyway, I was just wondering, is there ever a time frame as to when the final casting decisions are made? A day? Two days? Three days? A week? I know that it varies, but is there a general time?

No. There are some projects for which you’ll know before you reach the elevator after your final callback, because someone from the casting office will run down the hall to catch you before you’ve left. At the other end of the spectrum, there are projects for which your audition is a faint memory, having happened a year or more in the past, and due to production delays, funding complications, location issues, or any other number of factors, cast is only now locked.

Certainly, in the case of that last example, you’d expect to meet with casting or production again once more just so everyone can be sure your look hadn’t changed drastically from the initial audition process, but don’t count on it all the time. I’ve seen actors in bit parts contacted a year or more after their final callback who receive their contract and shooting script, get a call from wardrobe, and end up on set without a “second look.”

Of course, I’m going to assume that what you’re really itching to know is the answer to the age-old Actor Mind Taffy question: “When can I stop wondering if I’m up for the role?”

I beg all actors to get very skilled at “leaving the game on the floor” after the audition. That phrase is one I’ve borrowed from my Acting Qs: Conversations with Working Actors partner, Blake Robbins, who tells me it’s a coach’s favorite, in basketball games. “Leave the game on the floor.” After the game is over, stop replaying the shots, the fouls, the free-throws in your mind.

I’ve often preached the same theory using the “bagging groceries” analogy in Self-Management for Actors. Actors simply must develop a skill for forgetting about the audition as soon as it’s over. This is not to say: “don’t learn from your mistakes” or “lose the ability to do the same thing at the callback, if asked.” It’s just a survival tactic I’m asking you to cultivate.

That said, here’s the general timeline I’ve been able to ascertain, from interviewing over 200 casting directors and from my own observations, being a friend to what seems like a zillion actors. Commercials seem to cast the fastest.

Actors can have a preread in the morning, a callback in the afternoon, go on avail before nightfall, and learn they’re shooting less than 24 hours after their first audition. Episodic television would come next, in terms of casting speed. Since a new episode is shot every week or so (and this varies, depending on whether we’re talking about a sitcom or drama, soundstage or multi-location shoot, pilot or existing show), guest-stars and co-stars will be brought in to preread one week before the role shoots, with callbacks taking place in between. Series regulars and contract players end up auditioning and testing for a month to six weeks, sometimes. Producers of indie films usually start the casting process about six weeks prior to the first shoot date, though I’ve cast indie films in as few as five days and as many as nine months.

It really just depends on the producers’ needs, the number of roles, and the overall budget. Studio feature films bring their casting directors on anywhere from nine months to a year ahead of when shooting begins. Does that mean it can take that long to hear whether you got the gig? Yes and no. Some roles get locked down early. Other characters get added in long after negotiations have settled with the names taking up the majority of the casting budget. Still others actors join the cast when people fall out of previously-cast roles. All throughout the casting process, actors will be in and out and back in again for all sorts of reasons.

With any of these scenarios, even when you’ve gotten the call that you’ve booked the gig, you can be dropped and recast at any time (yes, even after the table read, even after the pilot has been shot… those stories are all true). Oh, and if you think that you can begin to predict how long casting takes in certain situations due to the fact that you have been cast in the past by this producer, this director, this casting director, this ad agency, this product, this studio, this theatre, please know that every situation is unique and, like everything else in this business, there simply are no rules.

Of course, you’d love to know how to plan your day, your week, your month, your year, your life by having information about your schedule that producers could (seemingly) easily provide. I get that. I really do. But you’ll hear if and when you hear. Get okay with that. It’s one of the basic non-craft elements of the career you’ve chosen.

Wanna be sure your tools *and* your mindset are in peak form so you’re ready when you get the call? Let us get you in gear FREE right now!

Originally published by Actors Access at http://more.showfax.com/columns/avoice/archives/000279.html. Please support the many wonderful resources provided by the Breakdown Services family. This posting is the author’s personal archive. 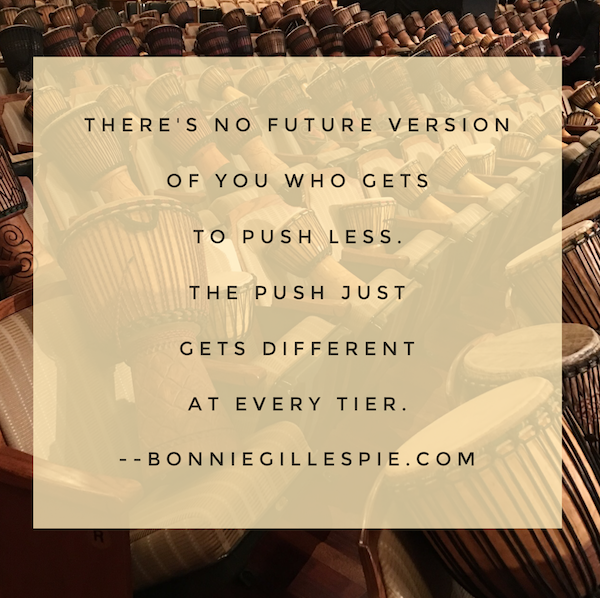