I’m going to launch a series of columns on agents (and managers) with the topic of terminating your relationship. Huh? I know, it seems like I’m going backwards here, but I think there are quite a few things you’ll be able to piece together about what to look for in an agent, when you need a manager, timing for relationship changes, and other “earlier” issues just by considering the elements that result in the end of a partnership. So, we’ll kick off this week with How To Fire Your Agent (or manager, really), then head into When To Fire Your Agent, followed by When You Need a Manager, The Difference Between Agents and Managers, and finally What To Look for in Representation.

I know a few actors who have had to fire agents and managers at various points in their careers and it’s never the most pleasant experience, even if everything goes smoothly. The best piece of advice I’ve heard, when asking each of these actors what it is they’d recommend to other actors facing the “firing moment” is: Be prepared. That means, know what you’re going to say in advance and have some contingency plans worked up in case things go off-kilter in some way.

Know Why You’re Firing Your Agent

First, be sure you’re ready to fire your agent and that the relationship is irretrievably broken. If there is hope for the partnership, consider a “warning” of some sort and then provide enough time to check for improvements upon existing issues. (More on that next week.) Assuming you’ve put a lot of thought into ending your agency or management relationship, this list-making task will be fairly easy. Is your primary complaint the lack of recent auditions? Is your agency submitting you incorrectly? Are they not improving your billing or rate quote with each new job? Maybe your agent is ignoring your requests to never work off the card or to never do nudity, for example. We’ll explore the best and worst reasons for firing an agent in next week’s column. Whatever those reasons are, however, make sure you’ve made a thorough list and have information to back up your claims (dates, logs of phone conversations on particular issues, etc.). If you’ve kept a record of what’s unsatisfactory about the relationship (saved emails, notes, lists of attempts you’ve made to address the issues), have that well-organized and handy, in case you need to consult it during the “break up.”

A certain amount of advance notice of termination may be required by the contract you signed. With management contracts, there is often no termination clause. That means you’re bound by the term of the contract (usually three years) and even if you are dissatisfied, you cannot break the contract, but instead must wait until you’re approaching the end of the contract term and, in writing, request that the contract not be renewed. Make sure you’ve reviewed your existing contract before you broach the subject of ending it.

Make a list of your projects that are in flux and know which deals may close after you fire your agent. Also make sure you know what is commissionable, both from previously-booked work and those last few deals that may come through. Be sure to discuss the issue of your soon-to-be-ex-agent acting as the Agent of Record for any deals that are closed within the period for which you’re giving notice. Generally, any gig you booked under the old agent is commissionable by that same agent. Be sure, though, to write up terms that are more specific than that (addressing issues such as future residuals on projects that were booked through that agent, future DVD or foreign market sales of feature films in which you starred, spin-off rights, etc.).

When you’ve fired an agent, follow up with a letter to SAG. They will need to adjust their records and, whenever they collect payments for you, send the checks on to the correct (new) agency. If you are working a regular acting job, you may also wish to speak with the payroll department to remove any check authorization that was in place with the old agency. Either redirect your payments to your new agent or to yourself. Also take the time to notify the online services that house your headshot and resume, IMDb (since the IMDb-Pro version of the site includes agency and management information), and your webmaster so that your proper contact information is on your website as well.

Registered Letter vs. Email vs. On the Phone vs. In Person

Should you choose to fire your agent in writing, definitely use the US Postal Service and get delivery confirmation for your letter. The way, even if your agent provides no written acknowledgment of the split, you have proof that the termination letter was received. Keep any written acknowledgment from the agent (whether it was emailed, faxed, or mailed) in case any issues creep in and you need proof that the relationship is over in your ex-agent’s eyes.

Email is only okay if you have the type of relationship with your agent that dictates such communication. Meaning, if your agent informs you about auditions via email and you reply with confirmation of audition appointment times via email (and email is your primary mode of communication in both directions), you could justify firing your agent via email. I would still imagine following up with an old-fashioned letter is appropriate. Another option would be firing the agent in person or on the phone and then following up with an email that spells everything out, just as backup.

Most actors find a phone-breakup to be the most effective, following up with something in writing. In a phone call, you can each hear one another’s issues, address concerns one by one, and convey your thoughts while looking at your notes. If you do choose to call your agent, be sure to do so at an hour when there is less “traffic” at the office. Better yet, make an appointment for a phone date. This way, even if it is a busy time in the office, you at least have prepared the agent for spending ten minutes on the phone with you at that time.

If you choose to fire your agent in person, be sure to select the best location for such a conversation. Steer clear of meeting at the agent’s office unless you’re hoping to be wooed back into the relationship. Their home turf isn’t the best place to end things. They have all of the tools to make you change your mind right there at their fingertips (“Oh, look at this breakdown! I was just pitching you for this project!” “I know it’s been slow, but we just hired a new office manager and that’s going to really help us focus more of our energy on your career. Here, come meet him!” “Do you see the bins of headshots from actors who WANT to be signed by us? Are you an idiot?!?”) and they will use them! The Coffee Bean may be a favorite meeting place, but if it’s busy and the firing gets emotional, you could find yourself in that hellish lunch-firing scene from Jerry Maguire. Talk about uncomfortable! Spend some time doing research on the best locations for some focused, quiet talk time and then set the wheels in motion.

Be professional. You are ending a relationship for career-centered reasons and that should be the focus of the conversation. Even if you have personal problems with the agent, leave those issues out of this talk. This isn’t personal. It’s a business decision and by the time you’re firing your agent the decision has already been made. There shouldn’t be room for negotiation. Get right to the point, stay focused, and thank the agent or manager for all of the hard work he or she has done on your behalf.

As Craig Mazin details in his blog for writers,

You owe the rep that you’re firing some courtesy, but you don’t have to paint a target on yourself either. Call the rep up and say simply and cleanly, “I’m leaving the agency.”

The headline is out of the way. By leading with this, you do one of two things:

1. Establish the firing as a fait accompli.

Let me stress the importance of your mindset, throughout this whole process. Remember that this won’t be the only agent you fire. And you aren’t the first actor who has ever fired this agent. Don’t let anyone try to make you feel as though that’s the case.

If Your Agent “Goes There”

One of the tactics your soon-to-be-ex-rep may use in an attempt to keep you from jumping ship (or in a petty reaction to the ego blow) is making the firing personal when we all know it’s a business decision. Whatever you do, don’t go there with him. You take the high road and keep your dignity intact. It’s a small town and people love to talk. Let’s say you’re firing your manager and your agent has always told you she doesn’t like working with him. Perhaps part of the reason your manager isn’t so popular with your agent is because of his tendency to pull a diva trip, get emotional, throw a hissy fit, make business issues personal, etc. Of course, your agent won’t tell you about that when you’re all trying to make your relationship work, but those are the types of things that people love to talk about and it’s quite possible your manager’s reputation is well-earned.

When you find yourself being “hit below the belt” by someone who is upset he’s just been fired, imagine this person being on the phone with a casting director and behaving so badly. You KNOW this type of thing can’t be good for your career. Be glad to know you made the right decision. His poor response to your letting him go is proof that he’s not the type of person you want on your team.

Wanna be sure your tools *and* your mindset are in peak form before approaching your dream agent? Let us get you in gear with some FREE training right now!

Originally published by Actors Access at http://more.showfax.com/columns/avoice/archives/000365.html. Please support the many wonderful resources provided by the Breakdown Services family. This posting is the author’s personal archive. 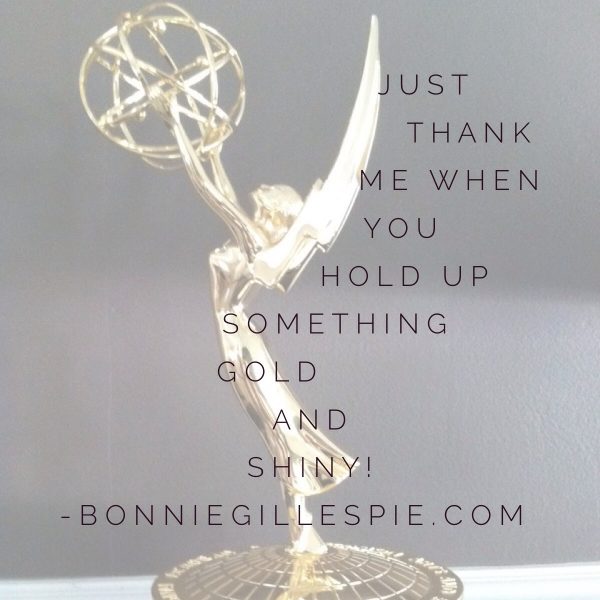