This week, I’m going to focus on an issue that’s been a recent topic at the Hollywood Happy Hour Yahoo group. Hollywood Happy Hour is a networking group that Nelson Aspen and I founded several years ago. This particular issue has been hotly debated both on the group and in private emails. The basic question is this:

What is the legal limit on agency commissions for nonunion work?

First, if you want to read California Labor Code 1700 for yourself (some people are into dense legalese), click here for a PDF.

If you prefer a bullet-point style presentation of basic information on this particular part of the code, the Association of Talent Agents has a nice run-down here. Included in their synopsis is this:
Talent agency must file the Schedule of Commission Fees with the Labor Commissioner. The fee schedule is to be posted in the agent’s office. Generally the Labor Commissioner will approve up to 20% maximum. However, Guild franchise agreements limit the commission to 10%.

From SAG’s rule 16(g):
The agent may not receive for agency services in the motion picture industry from an actor a higher rate of commission than ten percent (10%), directly or indirectly, or by way of gratuity or otherwise.

See, there’s currently a lapse in the SAG Franchise Agreement for most agencies in operation. So, even though SAG does have a commission limit for agencies that are SAG-franchised, many agencies simply are not franchised right now.

From the SAG topic: “Who May Represent Me?”
SAG members who choose to secure the services of an agent may be represented by either an Independent Agency (i.e. one that is SAG franchised), or one that is affiliated with either the Association of Talent Agents (“ATA”) and/or the National Association of Talent Representatives (“NATR”). SAG’s franchises with agents that are members of the ATA and/or NATR have ended. However, pending further review, SAG’s National Board of Directors has temporarily suspended application of Rule 16(a) of the Rules and Regulations section of the SAG Constitution, which requires SAG members to be represented only by a franchised agent.

Without that protection, where does that leave the commission cap? Well, the one protection that exists for actors, regardless of their union membership (or lack thereof) is state-license status. If your agent is a state-licensed talent agent (and both California and New York require that talent agents be licensed by the state, fingerprinted, bonded, etc.), his or her commission rate must have been approved by the state in which he is licensed. These rates also must be posted at his or her place of business. The state will scrutinize quite stringently any commission rate that is out of line with the regulated amounts set forth by groups such as the ATA, NATR, SAG, and the like.

If you are given an agency contract which does not spell out the percentage of the standard commission, you have just encountered someone who is breaking the law. Unless of course that agent is not licensed by the state, in which case he or she is attempting to enforce an illegal, unenforceable contract. In some cases, that “agent” is subject to criminal charges.

Okay, so what if you’re being hip-pocketed by an agent and don’t have a formal contract? Well, that’s part of the reason people like my colleague Mark Sikes recommend strongly that you never accept a hip-pocket deal. I, on the other hand, think a hip-pocket deal can work out very well. For example, when you are repped commercially and hip-pocketed theatrically at the same agency, that provides a little better-grounded status, since you’ll have a contract for services in one department of the agency, and you can simply stipulate that, before any theatrical deal generated during the hip-pocket period become “official,” a theatrical agency contract be drawn up. I’ve seen that sort of thing work out quite well for more than a few actors.

Managers, who are largely unregulated by state labor codes and the actors’ unions, can take as much as a 25% commission on performers’ gross income. Managers who are members of the Talent Managers Association are capped at a 20% commission for modeling and music; capped at 15% for — get this list — film, television, live theatre, publishing, licensing, merchandising, commercials, industrials, live performances, personal appearances and/or any other related fields. Wow! [Note: I’m working on a column on the difference between agents and managers, what you should expect from each, when you need which, etc.; so feel free to shoot me any questions of that nature!]

Note: ACTRA’s Entertainment Industry Coalition has a much more straightforward guideline for commission caps: 10% on theatre bookings, 15% on film and television bookings, and 20% on print jobs.

Wanna be sure your tools *and* your mindset are in peak form so you’re ready for your next booking? Let us get you in gear with some FREE training right now!

Originally published by Actors Access at http://more.showfax.com/columns/avoice/archives/000342.html. Please support the many wonderful resources provided by the Breakdown Services family. This posting is the author’s personal archive. 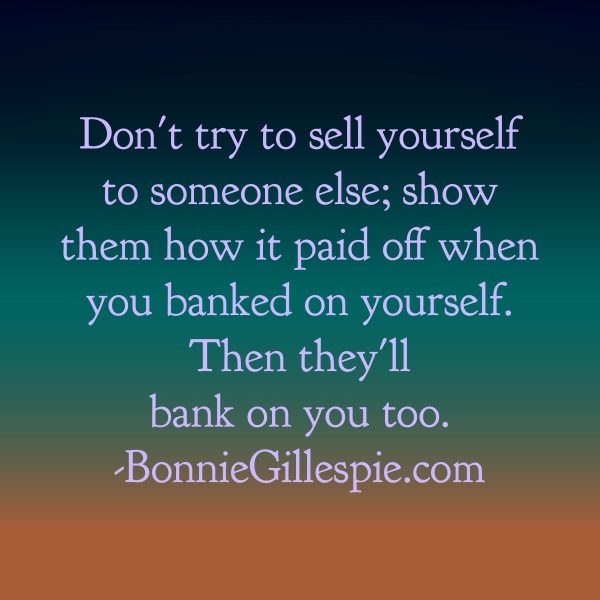