Well, the hits just keep on comin’! You have plenty of agent and manager related questions. Here are a few more, with some more answers!

My question is specific to kids’ management contracts. I’ve heard that generally a contract with a minor is not enforceable. I would love to know what experience you or your readers have had with getting out of a contract for a child and whether this is any easier because a minor is involved.

What you’ve likely heard is that a contract WITH a minor is unenforceable. That means that if a person under the age of 18 enters into a contract with another party, it is void. However, I’m guessing that any contract you’re referring to between a manager and a child is actually between a manager and the adult guardian OF that minor. In that case, the fact that the contract is ABOUT a child is irrelevant. The contract is enforceable because it was entered into by two adult parties, one of whom is charged with maintaining the best interest of the child at all times. Of course, if you actually are referring to a manager that entered into a contract WITH a child (and no adult guardian or parent signed along with that minor), well, yes. That contract is not legally binding in any state.

Hey Bonnie — good set of articles. I like the working backwards (that works in my head). My question has to do with timing. Pilot Season is going strong. When would you suggest is the best time to approach new management and agency representation?

Right now is the perfect time for an actor to be creating a target list of agents and managers. In two weeks (mid-April), when Pilot Season is officially over, agencies will begin dumping their non-earners and non-callback-getters. Managers are less cutthroat about trimming their rosters, but they do it too, and this is the first of two annual periods during which this happens. They will usually begin taking meetings in late April and will slow down by mid-June. The goal will be for them to have a much leaner, meaner, BETTER roster in time for Midseason Replacement and Episodic Season. So, from early July through late October, again, you’ll be on hold with any submissions to agencies and management companies. In late October, again, agencies will purge their rosters (even more so than they did in mid-April) and will meet with actors in the small window of time between early November and the December holiday break.

Of course, we all know actors who manage to sign with agents and managers at the height of Pilot Season or who get dropped right after booking something major, so there is no real formula to it. Still, the general rule is: Approach agents and managers in mid-April and late October. You then pretty much have until late June and mid-December, respectively, to get in there, wow ’em, and get signed!

I just wanted to let you know that you have been really helpful to me since I started reading your articles. I have added myself to your list for receiving updates that you have every week. I’m an actor from Puerto Rico and I have been “shopping” for agents since I moved to LA a couple of months ago. Now I have my first meeting with an agent and, thanks to you, I am ready. I do have one question. If you are represented, are you able to have more than one agent?

Great question! In Los Angeles, you generally may sign with one theatrical agent, one commercial agent, one print agent, and one voiceover agent. Of course, you may sign with one agency that covers ALL areas (but has different agents representing you, departmentally, within that agency). Once you sign an agency contract in LA, it is likely to be an EXCLUSIVE agreement.

There are other markets in which you can sign with multiple agencies (typically in right-to-work states) and there are some agency contracts that allow for freelancing (hugely popular in New York) or hip-pocketing (signing exclusively in one division of an agency and working on a handshake deal in another).

The bottom line is: Read the contract that is presented to you. Take it home and review it with an attorney, manager, or friend in the industry who is well-versed in the terminology. If you are a member of a performer’s union, take the contract to the office of SAG, AFTRA, or AEA and ask for someone there to review it with you. Typically, agency contracts in Los Angeles are exclusive, meaning you will not have any other agent representing you in the area encompassed by the terms of the contract you sign.

I’ve been with an agency since last summer and was happy with them, landing three bookings since signing up. Problem is, I’m still waiting for my check from my first gig last summer. I feel I’m being given the runaround and the last check they gave me bounced.

Ouch. Well, ONE bounced check could be an accident. But one bounced check and another check that’s gone MIA for over six months… well, that looks pretty dang troubling to me. If your agent is SAG-franchised (even if you yourself are not a member of SAG), go down to the local SAG office and get their help in rounding up your pay. If your agent is not SAG-franchised but is a member of the ATA, give them a call so that they can help you get your check. And if your agency is neither SAG-franchised nor a member of the ATA, you can still turn to the California State Licensing Board for assistance (since all talent agents in the state of California must have a state-issued license). They will instigate a claim on your behalf. Also, I’m guessing you’re not the only client impacted by this payment situation at your agency. There is strength in numbers, right? I’ve heard of groups of actors pursuing formal legal action against agencies that attempt to manipulate the system in order to keep from paying actors on their client roster. The Better Business Bureau is also your ally here.

I have a three year old son who is quite a character. He loves being the center of attention and has a very extensive vocabulary. I want to submit him for agent representation but it is so confusing on what the correct path to take is for small children. Should you submit professional photos at this age and if so what kind? Commercial color or B&W? Should you send more than one photo or get a zed card made? Should you send to casting agents independently as well as managers and agents? Help!

Okay, first off absolutely NO child under the age of six needs professional headshots in order to approach an agent or manager for representation. Professional photography and reproduction of photos are costs you can consider incurring once your child is regularly booking paid acting work, even if he is under the age of six. But really, every agent and manager who works with the wee ones is fine with a mailed submission of a few nice, clear snapshots (write the child’s name, date of birth, YOUR name, and contact phone number on the back of each photo — include a SASE if you’d like to have the photos returned to you).

You certainly can send photos to casting directors (note, that’s “casting directors” NOT “casting agents,” there is no such creature) but I would only do so if you were responding to specific casting notices for your child’s age and type. You can see casting notices at Actors Access, although most casting directors who work with very young actors tend to go through agents and managers, simply because it helps ensure that we connect with performers who are SET-READY.

I think you may benefit greatly from getting some questions answered over at PARF (Professional Actors Resource Forum), a free message board that specializes in issues specific to the parents of young actors. You can search through topics to read up on what’s already been asked and answered or just dive on in, introduce yourself, and start asking questions. You can even ask about others’ experiences with specific agents, before you submit your child’s photos.

In fact, for anyone reading, there are many, many online resources available to you (obviously, you’re currently AT the best of those online resources, reading these columns). I’ve linked quite a few of those from the regularly-updated Online Resources link at this page. And, when in doubt, a little Google will do ya!

Originally published by Actors Access at http://more.showfax.com/columns/avoice/archives/000373.html. Please support the many wonderful resources provided by the Breakdown Services family. This posting is the author’s personal archive. 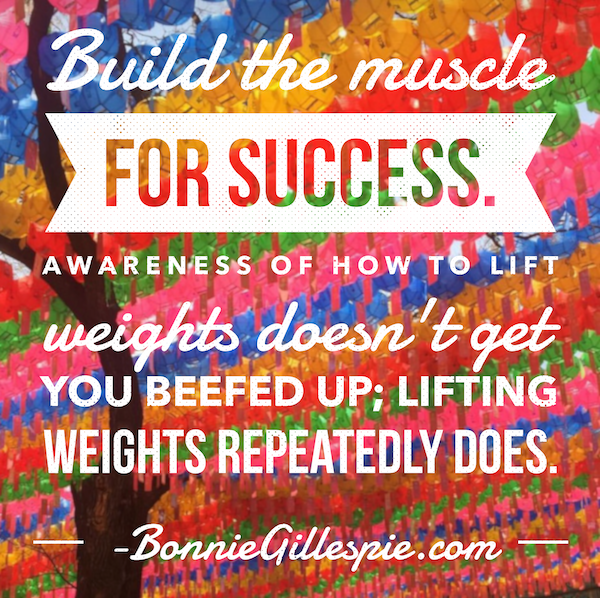