I was Montessori educated starting at the age of 30 months. Do they still measure age in months at that point? I never know when they stop using months and start using years. Whatever. I was two and a half years old when I started my Montessori education.

When people learn this about me the most common response is, “That explains a LOT.”

I started out very young being taught to learn how things work, to discover the WHY behind the WHAT, to pull back the curtain on everything.

Not at all shocking, huh?

Okay, so somewhere between Montessori and now, I got two degrees in journalism. One of my very favorite classes was media literacy. Holy crap, I think everyone on the planet should take a course in media literacy. Understanding the messages, getting clear on the power of communication, and being able to see through tactics? I use something I learned in this course every single day.

I’ve always been a critical thinker. I’ve always enjoyed understanding how messages are being used to create feelings. I’ve found great power in the written and spoken word; in fact I’ve built my life on their power.

This is why I take very seriously seeing those I’m here to serve — that’d be the population of actors and creatives who turn to me for help making sense of this beloved entertainment industry of ours — unwittingly manipulated through a tactic called “selling to the pain.”

“Selling to the pain” is an advertising tactic that involves uncovering the deepest, darkest fears held by the consumers; using copy specifically crafted to exacerbate that pain; and then creating a sense of relief when presenting the one and only logical solution to this pain the consumer was mysteriously feeling… THE PRODUCT.

I never really thought about this much because I knew advertising was not going to be my specialty in undergrad. I wasn’t going to choose a major in which I’d be required to scare people into needing something. Instead, like most things about which I’m a critical thinker, it’s something I identify when it’s being used on me, I check my gut to see if I’m being manipulated into wanting to buy something because of the tactic, and then I make my decision based on what’s real rather than based on what I’m being so slickly sold.

In 2010, I was in a business partnership to create educational offerings to actors through an online course (way ahead of its time, I tell ya). One of the partners, during our early meetings, said we needed to “sell to the pain.” The other partners and I all found ourselves very turned off at this idea, as we had gathered to HELP creatives learn about the business of their acting pursuits, not scare them into thinking they HAD to have our help.

Because let’s be clear: Absolutely no one HAS to have help in order to “make it” in this business. It’s exactly like becoming a body builder. You don’t HAVE TO work with a trainer. Most do, but you certainly don’t HAVE to.

Look, I get it. When you’re running a business, you think you have to “do marketing” and that means using tactics. But see, my work is about teaching creatives how to organically align with those whose storytelling journeys are a match. I’m all about dropping breadcrumbs down the path, leading buyers to the conclusion you want them to have. Because we’re in a relationship business and no one likes the feeling of being “sold to” (and frankly, actors who are overly-salesy are pariahs in this business), it’s vital that we choose our words carefully.

And this is what brings me to one of the most disgusting bits of “selling to the pain” I’ve ever seen.

This little bit of fiction, expertly crafted as if to present REAL statistics — indeed, labeled as “irrefutable facts” — was in an email blasted out as the cornerstone to a pitch that was selling to the pain of how impenetrable this industry is.

When several clients forwarded me this email — specifically wondering, in light of the recent charges against casting director workshop facilities under California AB 1319, whether this sold-to-California-residents-over-the-Internet membership might be breaking that same law (It is breaking the law. And the LA City Attorney is aware of this company’s violations.) — I was jaw-droppingly stunned.

Where the EFF do you get off making up 100% fictional statistics, labeling them “irrefutable facts,” packaging it all in an email filled with pain-points for the recipients who already feel as though the odds are stacked against them as they pursue their dreams, and tying it all up with a bow of membership into your IN-crowd that will somehow soothe their pain… as long as their checks clear?

Run a business. Sure. Would I prefer that everyone run a 100% legal business? Yes. That’d be awesome. But I’m not worried about that bit. I know what AB 1319 is capable of and that little “legality” detail will be taken care of by the proper parties. What concerns me is this using totally made-up data — presenting it as FACTUAL — and thinking that all’s fair in advertising.

When actors in our Self-Management for Actors Facebook group assured me that “New Yorkers aren’t swayed by these fictional statistics,” I had to step up for that population who, yeah, IS swayed by the lies. There are people out there who start to believe they HAVE TO say yes to something because of the way the marketing language is crafted.

The bigger issue, though, is one that erodes the beauty of our industry. And as someone who grew up in this biz, I feel very strongly about defending what’s GOOD about it. (And there’s a lot that’s good, dammit!) 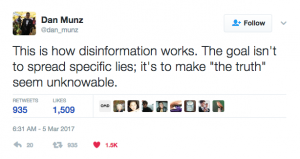 The dissemination of totally FAKE “irrefutable facts” is meant to make this business seem unconquerable. As Dan Munz so brilliantly tweeted about politics just days after this bullshit email surfaced, “This is how disinformation works. The goal isn’t to spread specific lies; it’s to make THE TRUTH seem unknowable.” The salesperson creates percentages that aren’t legit in an attempt to make actors feel as though there’s no way to figure out this business, there’s no science to the experience, there’s no way to crack the nut at all… so why bother trying.

It all exists to make actors feel small, powerless, and dependent upon gurus to make everything better.

That’s a lot of power to give away.

But let’s be clear: YOU have more power than you think you do. YOU can use the actual data and track the patterns and come up with actual stats if you want to. YOU can discern exactly how to get in front of the buyers in myriad ways. YOU just have to not be afraid to do the work. Of course — and even my most hustle-loving clients know this to be true — most actors are lazy and will never want to do that much work, so they’ll lean into the lies and they’ll buy into the “sell to the pain” marketing.

Worse, they’ll feel defeated that this business is “impossible” and they’ll give up on their dreams.

That? That hurts my heart.

I just want to be sure that those who’d like to do so can understand the manipulation they’re being fed so they can then make an INFORMED CHOICE.

If you’d like to watch about an hour of this, have at it.

TL;DR version: Identify the tactic in advertising so you’re informed in the same way you know what’s going on when you see a magic trick being performed. KNOWING a tactic is in play doesn’t mean you can’t enjoy the sleight of hand, but you all agree you know what’s happening. When you, the actor, read totally fictional stats presented as “irrefutable facts” and then are made to believe that the only salve for the pain you’re feeling about how unfair our industry is comes from this person feeding you the lies, you’re being manipulated.

Now, at least, you know that’s what’s happening. What you choose to do from here? Whatever brings you bliss, m’dear.

Wanna be sure your tools *and* your mindset are in peak form… with no pain involved? Let us get you in gear with some FREE training right now! 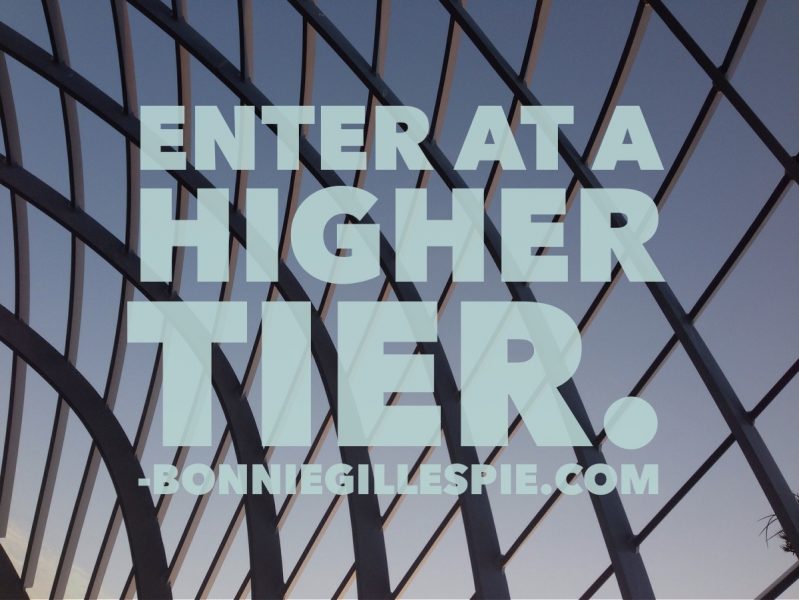 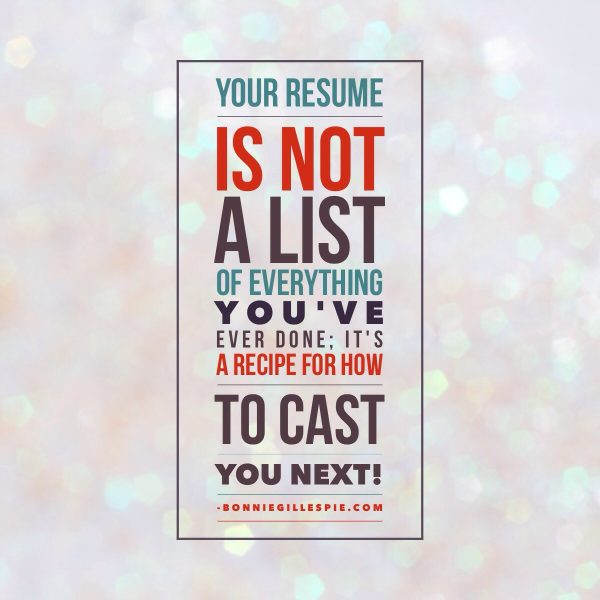