If you stick with me, you’ll come out of it feeling more empowered about it, but if you’re the reactive type (and the full moon energy is already helping with that), maybe read this some other time.

(And if you feel like coming AT ME about this, please only do so after reading the disclaimer below. I find when I share stuff like this, people take their rage out ON ME. Don’t kill the messenger, darlin’. I didn’t create this truth; I’m just speaking on it.)

That truth is: Very definitely. For sure. Without a doubt. Sometimes you submit a self-taped audition that never gets seen. By anyone.

Actors who’ve been self-taping forEVER already know this. Actors who work with me know better than to even CHECK to see if the dang things get viewed. Because obsessing about metrics is a form of actor busy work and no one needs to add that nonsense to an already sometimes stressful career and life.

Your audition is a gift. Present it and then move on. Trust you built a muscle for being an even better self-taping auditioner in the future with every single chance you got to self-tape and know you did your best.

When you present a gift to someone and then hover to make sure they opened it, appreciated it, did all “the right things” with it, you’ve not really given a gift at all… you’ve micromanaged someone else’s process. Seriously. Let that shit go.

Of course, ninja actors have been down with all of this for more than a decade (my clients and students started practicing targeted PROACTIVE self-taping in 2006 when I first suggested it as a way to create an EDGE before you’re with that hell-yes rep, before you have footage that dazzles, before you’ve got head-turning credits).

And those who treasure their enoughness submit it and forget it.

But in the past year, so many actors who had NEVER self-taped have now had to. In fact, so many agents who have never had to ask their clients to self-tape are having to be a part of this whole process.

And some agents are complaining — on behalf of their clients and because it bugs them too — that sometimes casting never even watches the submission.

100% truth: There will be self-taped auditions that never get seen.

Also 100% truth: There have been some auditions you did IN THE ROOM that “didn’t count.”

Meaning: We *just* cast that role 10 minutes before your audition. Maybe the budget just fell through and the project is on hold. We’re not going to send you home after you’ve come all that way.

We still have you audition.

Maybe you’re right for something else we’re casting. Maybe we want you as back-up should the deal fall through or the money comes back. Maybe *WE* trust we’re always casting SOMETHING and that means knowing your work — while you’re feeling GREAT about your shot at this thing you’ve prepped — is good for all of us.

That’s why we won’t TELL YOU this audition you’re about to do doesn’t count. We’ll just watch you as if you’re still in the running, the money is still in place, the project is still greenlit. OR we’ll have an assistant run the session and tape it… but not watch those tapes in any sort of timely fashion.

NOT watching your self-tapes? It’s just the not-in-the-room version of the same thing… except now we don’t have you THERE in front of us at a time your audition is no longer necessary. So, yes, truth is, some CDs won’t bother watching it at all. OR — like me — they’ll watch it LATER. When there’s time. When the craziness of *this* particular project is over and there’s room to get aware of what everyone who self-taped is great at.

Look, I know this feels like shit to imagine, but EVERYONE has auditioned for something that just wasn’t gonna happen for myriad reasons. Now, thanks to tracking you may choose to do, you can TELL when your audition isn’t being looked at. Please don’t obsess about this. That energy is no good for you.

And before you come at me about this — remember I promised you a disclaimer; here ’tis — I am the type of casting director who personally calls every single actor who gets a callback to let them know it’s a NO.

As a former actor, I’ve always thought it’s really shitty to find out you DIDN’T get cast for something you went all the way to final callbacks on by SEEING THE FINISHED PROJECT out there, starring NOT YOU. So, with the goal of #CreatingTheHollywoodWeWant, I have — since I started casting in 2003 — called every single actor who makes it to callbacks, whether they get the gig or not. I want to thank y’all for being a part of the process. I want you to know you booked the room.

So, as I describe the truth of unwatched self-taped auditions and in-the-room auditions you’ve done that never had a chance, please know where *I* fall on the continuum of how buyers CAN choose to treat actors.

Here’s my advice for helping you build the muscle for submitting and letting go: Think like a professional athlete.

Sometimes you’re going to work out JUST as hard *alone* as you would in front of manic, cheering, raving fans. Heck, before a pro athlete is put on a team, they’re working out and playing hard with hopes that a scout sees them and drafts them. They’re HOPING they get seen being amazing. But they’re being amazing consistently, eyeballs or no eyeballs on them.

Lots of unwitnessed performances going on there.

For your sanity, consider seeing the audition — whether self-taped or in-person — as a really great opportunity to have the role right then, treat it like a really great workout, then MOVE ON.

(Want to come jam with us in a workout that will ALWAYS be witnessed, supported, and improved upon with so much love and aligned next steps? 100 days that will forever change your life starts right here. We can get you inside even when we’re on waitlist. Yes, really!)

Ooh, before I close, I’ve been texting with a few of you early adopters this weekend. (You can learn more about texts from me here.) Just text BON to +1.310.388.9852 and I’ll be in your hot little hand via text, sharing showbiz inspo, enoughness tips, and a little woo too. 😉 Hooray!

So much love flowing your way, 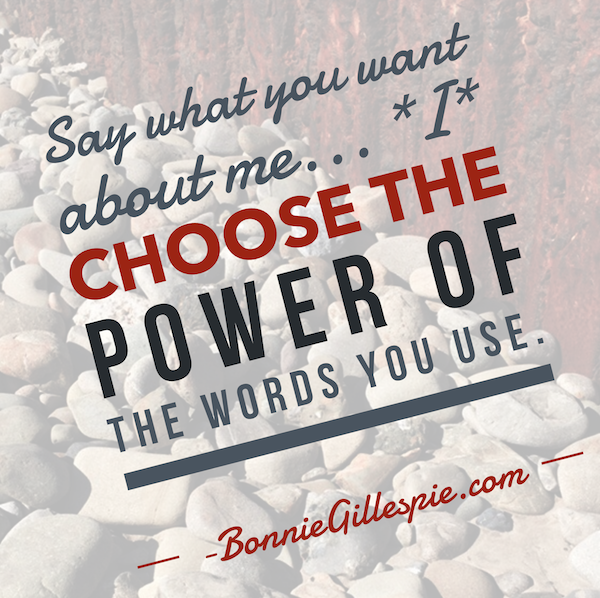