I enjoy your column on Showfax. Your writing shows great insight in a subject that appears quite confusing to we outlanders. And I love your rants. It makes me feel not so alone with similar opinions.

My question: You said some things are only intended for “name” actors. What is the industry definition for a “name” actor? How does one know they’ve reached that status? Should I wait until Tom Hanks is inviting me over for coffee or Spielberg calls asking for my latest script? Okay, I do dream big.

Thanks for sharing your knowledge and experience.

First off, thanks for enjoying the rants. Sometimes I feel as though they may come off a bit harsh or snarky, but then I remind myself — if I keep it all in context with the non-rant columns — that my rants are pretty mild most of the time. (Now, if I could just figure out a way to turn my rant about the bafflingly common misuse of words like you’re/your, it’s/its, and then/than into something actor-related, I’d be all set!)

Okay, so the “name” actor issue. This is actually a really great question, and while I’m certain the frequency of calls from Tom Hanks and Sir Spielberg would be an awesome clue that you were, in fact, a “name” actor, let’s see if we can come up with earlier indications of the shift in status.

First, let me address the two different levels of “name” actor. There’s the full-on “name” actor (whose name alone is enough information for most folks in the industry like — Tim Curry) and then there’s the qualified “name” actor. That’s the actor whose name you may not know right away, but when you hear the name paired with a particular credit (like, “You know! Dee Wallace-Stone. She was ET‘s mom!”), you immediately say, “Oh, yeah! That actor! I know her.” People whose business it is to know names (agents, managers, casting directors, investors, show runners) will not need the qualifier, but some of the decision-makers may.

I guess there’s also another level of “name” actor… the celebrity. And that’s your small group of actors whose first names are often enough for us to know who we’re talking about (your Brad, your Denzel, your TomKat). But you’ll know when you’ve hit that level. You’ll be making $20M a picture and your team of publicists will tell you how much of your red carpet time should be spent at each microphone.

So, ’til that happens, you can gauge an actor’s “name”-iness in several ways. There’s IMDb-Pro’s StarMeter. While StarMeter data is easily inflatable by motivated fan clubs or vanity press releases, it’s still a pretty good indicator of who is in the public eye on a regular basis. If you track trends using the Top Actors Under 25 list (as well as just checking the top of the StarMeter each time you visit the site), you’ll get to know who rates, at least according to that source.

Another great way to know who the “names” are is to read breakdowns. Many breakdowns are released with character descriptions that end with a roundup of actors who represent the prototype for those characters (“think: Jude Law meets Benicio del Toro with a dash of Jamie Foxx”). Once your name is in a breakdown, you’re at least a qualified “name” actor (remember, CDs and agents make it their business to know the names of even qualified “name” actors, without the qualifiers, and we’re the ones generating and seeing the breakdowns).

Reading the trades is a good idea regardless of the goal, but if you want to learn the names of the players, a regular visit to the main pages at Variety.com and HollywoodReporter.com could be a good start. Anytime an actor’s move from one agency to another or news of a network development deal is covered, you can safely assume that actor is on his or her way to being at least a qualified “name” actor. Sure, sometimes a non-name actor (Oh, how I loathe that term!) will have a great publicist who will place blurbs in the trades when there is really very little heat for that actor, but with consistent reading of the trades, you’ll begin to know who falls into that category.

An obvious source for knowing who rates as a “name” is the collection of tabloid rags, channels like E!, shows like Entertainment Tonight, and magazines like Entertainment Weekly. Especially when you pay attention to the more obscure stories in which actors you’ve never heard of are being interviewed or talked about, you’ll begin to notice the increase in focus on some actors (they’re becoming “name”-y) as others fade away. Disregard the celeb gossip. We already know those folks are “names.”

A couple of sources that I’ve been using to track “name”-iness lately are the Ulmer Scale and AFM catalogues produced by distributors. A film I’ve been casting has a distributor who wants to get onboard but who needs a certain number of “name” actors in order to know his team’s money will be recouped. His criteria for what makes a “name” actor are different than yours, mine, or even the filmmaker’s! He values assurances that a particular “name” will generate a sale in foreign markets. So, using a combination of data in the Ulmer Scale (a complex annual analysis of which “names” have heat at three different budget levels of feature films) and lists of names that are used as selling points of films from similar distributors in the AFM catalogues, we’re crafting a list of “name” actors that will satisfy our distributor’s needs. Complicated? Somewhat. But I’d rather supply you with way more information than you might need in case there are extra-geeky readers out there who enjoy this part of the casting process as much as I do.

Bottom line, yeah, you’ll know when you’re a “name” actor. It basically means your attachment to a project assures the financiers will earn back their investment, based on past performance and the public’s ever-fickle interest in you. (Michael Richards, anyone?) The bigger the investment, the more important that “name” actor attachment becomes.

Originally published by Actors Access at http://more.showfax.com/columns/avoice/archives/000653.html. Please support the many wonderful resources provided by the Breakdown Services family. This posting is the author’s personal archive. 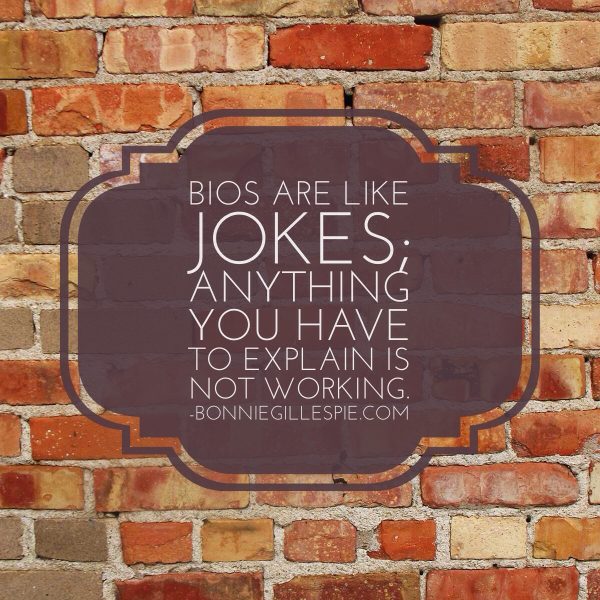