I’m a first time writer, long time reader. It’s funny, this edition of The Actors Voice was the one I TRULY needed to read. I’m going through, “It’s slow out there,” and, “It’s your headshots or MAYBE it’s because your demo isn’t current” AND I’ve been given, “You’re too talented,” and, “You’re too tall.” As you know, this can be a fickle business. They say I’m still young in Hollywood at 26, but when you CONSTANTLY have your nose to the grindstone it starts to wear on you.

I am VERY grateful for the work I have under my belt, but as you know, when you set the ball in motion you begin to try and figure out how to KEEP it in motion. Like many actors in the industry, I know where I want to end up, but for each one of us it’s a different path from Point A to Point B. I FEEL like I’m doing EVERYTHING in my power to further my career, I’m doing the direct submissions to casting directors, managers, and agents… but I feel like I’m spinning my wheels.

I REFUSE to allow myself to think that getting work depends entirely on who you know. I am a true believer of good work begetting good work. I was VERY happy with my representation, up ’til recently… then it seemed as if he vanished. Now, I feel as if I’m twisting in the wind, left to fend for myself. My commercial rep, on the other hand, is busting their hump for me. I guess my question to you is: What do I do? Is there anything I CAN do? I also want to thank you for your words of wisdom; they help me see things from another angle. You’ve gained yet another fan. Hope to hear from you soon.

Unfortunately — and I think you know this already — most of what you’re facing is entirely typical and almost impossible to advise a “fix” for, in general terms. This is why so many actors will reach out to career coaches, mentors, even psychotherapists, or life coaches! There are just far too many variables as to why two actors doing exactly the same thing will end up with completely different results. Review “How To Make It” and “The Other Costs of Acting” for more on these issues.

Yeah, it sounds like you’re doing everything right. And sometimes doing everything right isn’t enough. There’s still something missing. Or you just need to give it more time. Or you’ve not hit your most castable age range for your type just yet. Or… who knows?!? That’s just it! That’s what makes this career choice both so thrilling and exasperating to pursue. There’s IS no formula. (Believe me, if there were, I’d have found it out, written about that, sold a zillion copies of that book, and retired by now.) I only wish there were a way (other than continuing to write about what you can expect, what you might want to try, and how you should let it all go after doing your best) I could ease the anxiety so many actors feel, when they’re in your position. Trust me when I say that I get dozens of emails EVERY DAY from actors looking for the “fix.”

There is no “fix” that fits all. There are many “fixes” that could potentially work for any given individual based on way more than I could ever discern about someone from reading an email or even meeting an actor casually a couple of times.

That said, I did want to make one comment regarding the issue of some of the people on your team disappearing. Remember that they’re just that: PEOPLE. They go through changes and life issues just like we do. Yes, it’s a business, but unless your agent is a member of a TEAM of agents at one of the larger companies, your business experiences together may actually include some of their personal shifts. Sometimes, an agent “disappears” simply because he’s undergoing some turmoil in his personal life. Sometimes your manager has to temporarily close up shop due to a crisis that has nothing to do with you or your needs.

I say this both because I have a couple of friends who have recently had to make some MAJOR changes to their businesses due to personal issues… and these changes have affected entire rosters of actors who don’t know the “why” behind the change. It’s sort of like the major accident on the 405. To most people, it’s an annoyance that makes everyone late. To some people (rescue workers), it’s a fiery crash from which they need to save lives. To others (those involved), it’s a life-changing (or even life-ending) event after which their universe looks totally different. So, I’m basically using this as an opportunity to say: “Sometimes, what looks like a big pain in the ass for you is actually life and death for someone else. Until you know for sure what is going on, please choose GRACE in dealing with those folks you’ve put on your team.”

Yes, it’s a business. But it’s a business filled with people. And I just thought this would be a nice time to suggest that we remember that from time to time.

Originally published by Actors Access at http://more.showfax.com/columns/avoice/archives/000748.html. Please support the many wonderful resources provided by the Breakdown Services family. This posting is the author’s personal archive. 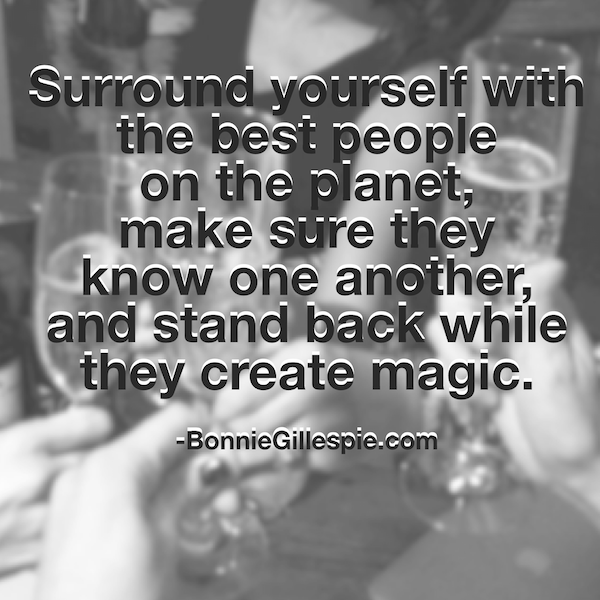