I scrapped this column last week in favor of turning in The Big Lies. (And, wow, y’all liked that one. Thanks!) But, I’ve been doing some thinking about why I wasn’t in love with Don’t Drop the Ball enough to stick with it, turn it in, and save The Big Lies for later. Ah! I think I figured it out. It has something to do with Actor Darwinism. Actors who aren’t doing everything they can to keep their career afloat are basically selecting themselves out of the oversaturated talent pool and leaving more room for those actors who are better-prepared, more professional, dare I say more deserving of our attention. So, yay.

But then that makes me question why I bother writing any particular column, from week to week. I mean, if there’s something to the whole “Actor Darwinism” thing (and actors self-selecting right out of the mix to help us with an already enormous task of finding the right actors for every project, in a sea of seemingly infinite choices), why does the need for “writing for actors” even exist? I write for both beginners (who hopefully get off on the right foot in this career by reading before they leap) and seasoned pros who might need a little re-focusing from time to time. So, am I simply delaying the inevitable, by presenting folks with ways to re-focus for a minute when they’ll only end up un-focusing themselves again over time?

Perhaps I scrapped last week’s column because it leads to an existential crisis! Why does anyone write anything for anyone? If your career isn’t working, maybe that’s what’s meant to be! Why should we monkey with it by sharing tips that might help you along in ways that aren’t organic to your default mode? Okay… then why should we offer classes? Why should the educational system itself exist, if I think like this? If nature always wins out, why nurture anyone, ever? Oy. Yeah. That’s why I dropped the column. It heads down the path of, “Why are we here? Why do we bother? What does it matter anyway?” and that’s not what The Actors Voice is about! Nope… it’s here to — hopefully — provide you with some good ideas and maybe get you out of your own way. A-ha! Now that that’s out of MY way, let’s get to a very common problem for actors: Dropping the Ball.

You’ve been doing everything right. You’ve taken classes to keep your instrument sharp. You’ve analyzed your primary type and your headshots sell exactly what you deliver when you enter the room. You’re out there networking, doing plays, participating in workshops or showcases, doing indie films that make the rounds at festivals. Your consistent performance in auditions has you invited back again and again. It’s all coming together and you find yourself faced with a wonderful opportunity. A casting director is going to tell an agent you rock. Your manager is going to set up a meeting with your dream agent. Your agent is going to schedule lunch for you and a major director. A writer with a development deal wants to meet with you regarding a staged reading of a pilot. It’s all coming together now.

So, why is it at precisely this moment that many actors will simply drop the ball? It’s fascinating (and depressing) to watch. Folks who have spent years talking about how much their lives will change when they’re finally given some opportunity suddenly choke, when that opportunity presents itself. Is it fear of failure? Fear of success? Lack of confidence? Lack of preparation? No… it can’t be that last one! You’ve been preparing for this moment forever, right? Ah… maybe that’s the problem. The stakes are so high that you’re overwhelmed by it all.

Well, never fear! There are ways to survive this sense of overwhelming “ack” and keep that ball in play so you can score.

Obviously, one of the most important elements to achieving success is preparing for it. You’ve spent most of your career taking steps in the right direction (or, when you’ve had a misstep, learning from it and then heading back in the right direction). But with the art of the follow-through, it helps if you do some of the same goal-setting we’ve talked about before. Write down your goals. And that means things like, “Send a thank you note, when I’ve received a great review,” “Return a phone call, when a new contact has reached out to me,” and, “Say yes, when a colleague has offered to make an introduction.” It’s very simple, but just inviting these YES… AND things into your life in writing can make a huge difference in how you react when offered the opportunities.

Have conversation starters in mind. Review the basic suggestions in How To Work the Room and prepare for how you’ll engage in conversation with the person to whom you’ve been given access (and not just by discussing the “actor stuff” you’re itching to talk about! Know that showing us there’s a lot more to you than that is a big plus).

Lean on your support system and rehearse your follow-through. If you start by practicing follow through with your most trusted circle of contacts, you’ll become better at it before you have to reach outside to the scary places (y’know, where the industry bigwigs might be). Start by sending thank you notes to those in your peer group who encourage you. Just because! In addition to being a nice gesture that could brighten someone’s day, it’s a great way to start practicing that whole follow-through thing. Do it with returning phone calls and agreeing to meet up to talk about projects on which you might want to collaborate. Getting good at this in a safe place makes trying it out at the next level that much easier.

Resist the Need to Resist Change

Hey, we’re human. We like things that feel safe. We dig knowing what to expect and how to roll with what goes on in our lives. We’ve developed really great coping mechanisms for “what we already know.” The unknown… not so much. So, the idea of reaching outside of our comfort zones almost always makes us a little uneasy. I’d like to recommend that you start with small adventures outside the “safe place.” Because so much of what causes actors to drop the ball is a fear of change (Yeah, it might suck to have no auditions or a manager who never calls you back, but at least you know what to expect and get lots of sympathy when you complain.), I’d imagine getting okay with “getting what you’ve wished for” is a smart strategy.

Becoming okay with “taking meetings at a higher tier” is a good step toward getting okay with being at a higher tier in your career. Break it all down into less-scary, small segments. Once you get cool with the components, the prospect of the whole change (no matter how grand it might be), becomes much more do-able. And therefore, dropping the ball seems to become the less easy, less attractive option.

Discipline Comes from Doing It

Yeah, you’ve just got to do it. Practice your follow-through as described above and DON’T let procrastination be your excuse for not following through. It’s really easy to say that you’re too busy, too frantic, too anything to follow-through. The bottom line is, if you REALLY wanted the opportunity that’s being presented to you, you’d find a way to follow through, NOW. You just WOULD.

You wouldn’t need to wait for someone to tell you exactly how to do it. You wouldn’t need to know which of two managers was the better match for you at crucial decision time. You’d have already done so much prep work for this opportunity, that you’d be ready to jump at it, do the follow-through, and use the criteria you set up during those stages of prep that got you to this point in the first place to move forward with confidence.

Don’t let perfectionism thwart your progress either. I used to really suffer from this one. I wanted it to be perfect, so I would hold off on doing anything until it was going to be done 100% correctly. Yeah… there’s no such thing as doing something 100% correctly. There is always going to be room for improvement or something you can learn from just going forward. Rather than missing out on opportunities because you’re not certain you’re going to do it “right,” just move forward keeping an eye on what you can do better next time.

Remember, every introduction is a gift. Be grateful for it and the lessons that may come from the introduction (even if the full extent of the opportunity is not realized). And if you DO drop the ball, don’t beat yourself up about it. Just do better next time! That’s the cool thing about this biz: You will ALWAYS get another chance. And another. And another….

How do you keep from dropping the ball? Any tips you’d like to share? Let’s hear ’em! I look forward to jamming with you in the comments area, below. 😀

Originally published by Actors Access at http://more.showfax.com/columns/avoice/archives/000749.html. Please support the many wonderful resources provided by the Breakdown Services family. This posting is the author’s personal archive. 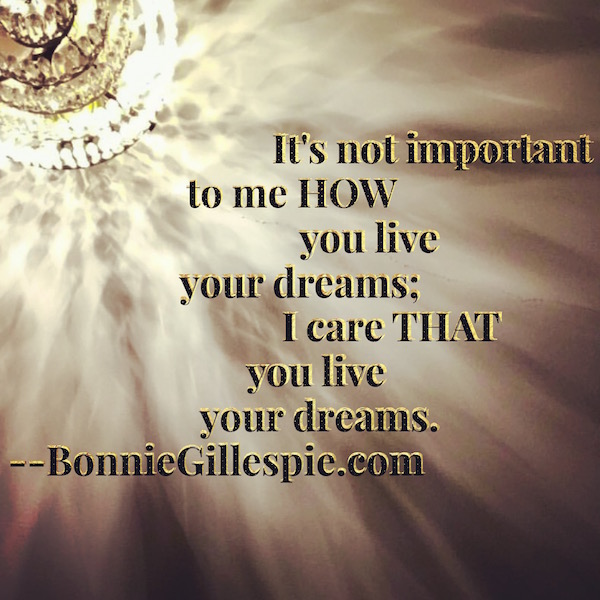