During yesterday’s Get in Gear for the Next Tier live Q&A Zoom, one of the Qs was less about the usual deep-dive enoughness, brand awareness, relationship management, content creation, online presence, and money mindset of the 100-day challenge and instead, straight up speed-round-style goodness.

But the dropped jaws over the answer led to a really juicy convo about something that actors all over the world ARE NEVER TOLD… yet it could unlock some major detail about how to prep for the role when you’re gearing up for your audition.

What does the number in parentheses mean, after the character breakdown in a casting notice?

If you can’t picture it, it looks like this:

This is a breakdown I wrote for a lead role in the second season of the hit Machinima zombie apocalypse series Bite Me. (We cast Ricco Ross in the role.)

In the character breakdown, we’ve got the character name, gender, ethnicity, age range, then some adjectives and essences as well as a blurb about who he is in this already-established world (since this is season two of the series). We end with a list of “Think:” actors for those who are submitting to consider, meaning, an agent could go to their roster and select actors to submit based on their alignment with these known actors. In all-caps, we have the BILLING for the role. And then there’s the mysterious parenthetical number.

As I shared during our GIGFTNT Zoom and then again today in this Instagram reel, that magical number is the page on which this character enters the script. 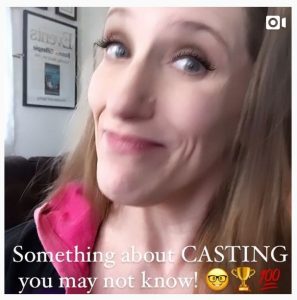 To wit, here is a screengrab from the locked shooting script for season 2 of Bite Me. NOTE: As with many microseries like Bite Me, the script for the entire season is the length of a feature film (88-120 pages). It has act breaks that allow for the entire offering to be programmed as a feature film, a movie on television, cut up into individual episodes on cable television or any of the streaming services, or cut up further into micro episodes on YouTube.

(All of THAT, by the way, is information you absolutely can research and learn for yourself when you’re looking at a breakdown from an existing series. Its previous series IS the recon you’re looking for on what the format of this season’s script is gonna feel like.)

Now, at the time of the casting notice, we were not yet on the locked shooting script for season 2. So by the time we got to the locked script (pictured above), GENERAL MCRUBY’s point of entrance is at the bottom of page 23 into the top of page 24 rather than page 22 as indicated in the casting notice. But at the time of auditions, we were working off a script that was around 120 pages in length with this LEAD character showing up on page 22.

What does that mean to you, an actor prepping for an audition after you’ve submitted on this casting notice and you’ve gotten that wonderful notification that your audition is requested?

1. It means that 20-ish pages of momentum has already built up by the time this character shows up in our world. Think about any two-hour long film and consider where we would be around the 22-page mark. Since each page is approximately a minute of on-camera goodness, we’re looking at 22 minutes into the story, so still very much in act one, which tells us a lot about story arc and trajectory from here… and with this role being a LEAD (and a foil to the series leads), we can guess his introduction into the world indicates a big shift in energy. We’re meeting a bad guy here.

2. When you download your audition sides, if the page number for your GENERAL MCRUBY scene is 72, what can you imagine this means about the tone of the story by now? What has happened in the ~50 pages we’ve had your character in our lives? Where are we in the story itself, based on how long the script is? What can you do — in terms of recon — to watch existing episodes of this series to learn where we are in the world of Bite Me, by the time this page in the screenplay for season 1 may have been shot? How well do our heroes KNOW this (or any) bad guy by page 72? Have they figured out how to outsmart him? Does he have the upper hand? What decisions can you make about how you position this character in terms of status during your audition, just based off these page number clues?

3. When your audition is cobbled together, built out of pages from ALL OVER THE SCRIPT, with page numbers that are peppered all throughout the story, can you begin to make decisions about your energy during the audition, varying it from page to page, to MATCH what is certainly in the heads of the casting director, the director, the producer, the showrunner, whomever may be watching your audition footage… because *we* have the advantage of knowing exactly where these pages live in the world of the story. WE have the advantage of knowing what we’re looking for, in terms of energy and pace and stakes with every single word in the audition sides. And now, thanks to what you know about page numbers, SO DO YOU.

Just thank me when you hold up something gold and shiny and we’ll call it even. 😉

Meanwhile, if you’d like to join in my legendary free year-end training, Get in Gear for the New Year, sign up over here. I’ve got LOADS for secret weapons for your ninja moves in showbiz and beyond! Follow me over at Instagram too, if you’d like. And of course, if you’re joining me for my free webinar (3 Must-Have Ingredients for Next-Tier Success), make sure you grab your workbook on the thank-you page after you register here. Yes… it’s alllllllll FREE!

What other “little questions” might you have about things that they TOTALLY should be teaching as a part of your acting programs?

Comments are open just below! 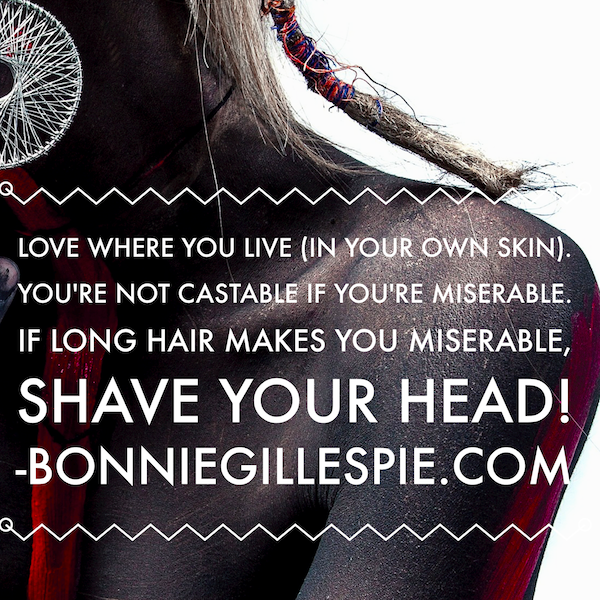