A friend who founded a non-profit organization recently did some research on the average percentage of no-shows for fundraising events. She shared with me, when I was lamenting the fact that many actors no-show their audition sessions, that the numbers are not encouraging, for people who like to count on folks being where they say they will be when they say they will be there. Turns out that the national flake factor (percentage of people who will, on average, not show up after having RSVPd “yes” to the event) is around 30%. The Los Angeles flake factor is closer to 40%. I suspect that the entertainment industry flake factor may be even higher than that. Of course, actors who’ve held seats in the theatre for their friends who say they’ll be there to support them in their local plays would say it’s an embarrassingly high percentage.

This might explain why casting directors tend to over-schedule prereads. The practice of over-scheduling certainly frustrates actors who show up during a patch of time when everyone is showing up as planned (causing a backlog, a delay, a less-than-smoothly running session). But if you’ve ever been around during that window where five people have no-showed, you also know that you can end up being seen far ahead of your scheduled appointment time.

I run sessions on time. I pride myself on being able to accurately gauge the pockets of time during which the most no-shows will occur (no-shows will always occur, no matter what efforts we’ve made to keep them from happening) and try to build in opportunities to discuss the work we’ve seen so far, powwow with the director and producer (if they are in attendance for prereads), and give actors who are present during that period of time a chance to do a little more work for us. Due to careful pre-screening of actors I’ll bring to prereads, I average a flake factor of about 20%. So, if a director wants to see 100 actors on a particular day, you can be sure I’ll schedule 120 actors. That tends to be 100 actors whose work I know (from previous auditions, showcases, demo reels, plays, etc.) and another 20 who will be totally new to me. I would suspect that most CDs tend to “go with what we know” to that degree as well. Otherwise, we’re risking larger numbers of no-shows.

Invariably, I’ll return from prereads to messages from ten actors or agents and managers explaining a no-show (everything from, “I’ve decided to pass on this project. Thanks for thinking of me,” to, “I got a call for a callback on a project I am already up for and I need to be at that callback. I would still like to meet with you if you didn’t find what you were looking for today,” and from, “I’m having car trouble. I may make it there but in case I don’t, that’s why,” to, “I didn’t realize this shoots the same week I’m out of town on vacation”). Sadly, that still leaves another ten actors who have done a flat-out no-show/no-call. That adds up to a choice on my part to not bring that actor in again (at least not until the producer or director of a project I do vetoes my policy on that actor).

My favorite no-show message came from an actor whose work I knew from having seen her in a play at the Hudson. I’d spoken with her before and after the show, asked for her headshot, and knew I’d want to bring her in, when the opportunity presented itself. She was a very talented performer and also had that warmth that is so genuine and delightful to see. It was probably six months or so later when I called her in for a preread. I left a message for her, providing the location, date, time, and details about the project, sides, the character, etc., and asked her to call or email me to confirm that she could be there for the preread. I never received a confirmation call, so on the next day (the day of the preread), I had her listed on the appointment sheet with a code that I use to designate non-confirmed actors. (Note: the flake-factor is actually higher for confirmed appointments — and highest for agent and manager confirmed appointments — than for non-confirmed appointments.)

When I returned from prereads, one of the messages was from this actor (who hadn’t shown up for the audition). “Bonnie, hi. Thank you so much for thinking of me for this. It sounds like a really great film. Unfortunately, I can’t make it to the preread today because I’m going into labor. I don’t know the number here at the hospital, but I should be home in a couple of days and I’ll call you to see if you would still like to see me — perhaps next week. Again, thanks so much for thinking of me!”

Holy cow! This gal called me from labor to tell me she wouldn’t be at the audition! What about the actor who just blew off the preread? Never heard from that actor. Hm. Suffice it to say, I now know a great deal about the character and value of the actor-in-labor and believe that I can always count on her to be an asset to any set I put her on. She is a very responsible person. That’s so cool to know!

Why do actors no-show auditions? Who knows! I’ve heard stories of actors waiting to audition and saying, aloud, “Man! It’s such a pretty day. I need to hit the beach,” and then signing out and leaving without reading for the role. What I like to tell actors who worry about the vast numbers, in terms of competition in this town, is that you must keep in mind that among your so-called competition is a chunk of flakes. Show up and you’ll have beaten those folks right out of the gate!

CD friends have told me about actors no-showing final producer callbacks when it’s down to only three actors. I’ve heard of actors no-showing after having been confirmed by both their agents and managers. There are tales of actors who no-show after begging to get in to be seen for a particular role. Generally, the ones we make the most effort to accommodate (scheduling and rescheduling the appointment time in order to make sure the actor can be there) turn out to be the ones who blow us off. That makes it all the more valuable to be the actor who is easy to work with, professional, and accountable. We already assume that you’re talented. That’s why you’re here. The ability to rise above the flakes is sometimes the talent that sets you apart.

Originally published by Actors Access at http://more.showfax.com/columns/avoice/archives/000056.html. Please support the many wonderful resources provided by the Breakdown Services family. This posting is the author’s personal archive. 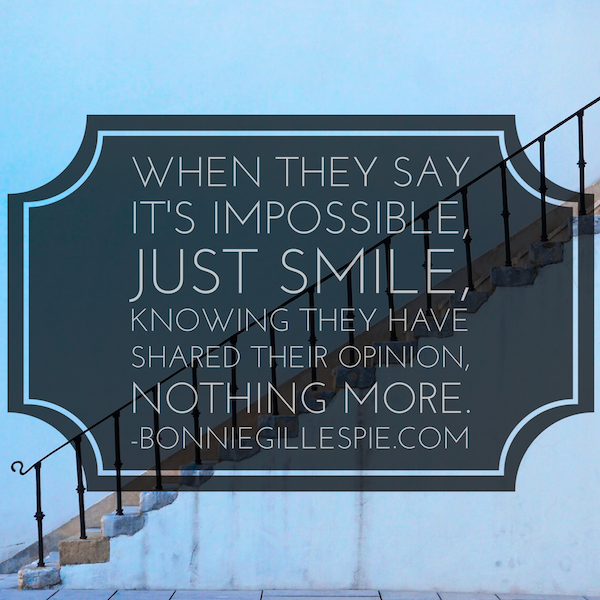