How are you doing? I’m a recent college graduate who is interested in becoming an actor, and I was hoping you might be able to give me some advice from the unique perspective of a casting director. I’ve been reading your Self-Management for Actors book, and I must say that it’s really helped to give me a better idea of what to expect as a working actor and more practical goals to aim for so thank you very much for that!

However, as a new actor (nonunion and unrepresented) who wants to end up working mainly in film/TV, I’ve been wondering whether LA or NY is a better place to start. The general consensus that I’ve heard is that the opportunities in NY lean heavily toward stage with some film/TV opportunities and that LA is more or less exclusively just film/TV with very little stage work. Going off of that, I’ve been almost totally certain that LA is the place for me because I want to work in film/TV, although I’ve primarily been trained as a stage actor from my time in college and at ACT in San Francisco.

But, I’ve also heard some conflicting opinions from other people and sources that New York might actually be a better place. In particular, I’ve been told that it’s easier to find work in NY as a new actor who doesn’t have representation, and that in LA, if you don’t have any representation, it’s almost impossible to get work. I’ve also heard that if you manage to have success in NY, it’s very easy for you to get noticed in LA and get representation down the road if/when you do want to move. However, I don’t know if all of those things are really true “actor mind taffy,” or if it’s just because there’s generally a weird bias/stereotype that NY is a better city, a place for “serious” actors, blah blah blah, etc.

Being that you’ve been in the industry for some time as an actor as well as a casting director, I was wondering if you had any particular insights, either from personal experience or other actor friends, about which city might be a better starting ground. I’ve also heard that some actors try to be somewhat bi-coastal and change location based on the opportunities, with either NY or LA as their main base, although I don’t know how feasible that really is. I’m hoping to move to one of the two cities in a month or two, and while I’ve been mentally preparing myself to go to LA, I also want to make sure I’m making the best move possible so I’m certainly open to advice.

In any case, I look forward to hearing from you and seeing if you have a particular opinion on the subject one way or the other. Hope you’ve been doing well, and hope to hear back from you soon!

Hi Rich. Congrats on putting together some research and asking around before making your decision about where you’d like to start out. Also be sure to do a reconnaissance mission and check out in person the various places you’re considering, so you can know whether the vibe of each place might suit your personal style. Because really, finding a place you love to live is more important than finding the place “with the most potential work,” since there are non-working actors EVERYWHERE. And most of the time, you’re going to NOT be working, so it’s important to enjoy wherever you choose to pursue work.

Next, I’m going to recommend that you take a look at an archived column here called “NY? LA? Somewhere else?” and read all of the great words from working actors and from casting directors and agents in other markets about how they made their choices, what criteria was important to them, and what it’s like living and working in their chosen markets.

As for what you’ve been told about getting work in LA vs. getting work in NY, the truth is, people who work, work. People who don’t, don’t. And there are absolutely fewer actors pursuing work in New York, just as there are fewer JOBS in New York, for working actors. So, worry less about doing math to help you determine where the odds are best for your success and instead focus on finding a place that makes your heart sing, knowing that you’ll be happy THERE no matter how easily the jobs may come. Remember, it’s about the pursuit, as that’s what you’ll be doing most. Where do you want to pursue work? Go there. Be happy. The work will come.

And hey, if you get it “wrong,” you can always change your mind and move again. Nothing wrong with any of that! Good luck to you, wherever you land.

Originally published by Actors Access at http://more.showfax.com/columns/avoice/archives/001113.html. Please support the many wonderful resources provided by the Breakdown Services family. This posting is the author’s personal archive. 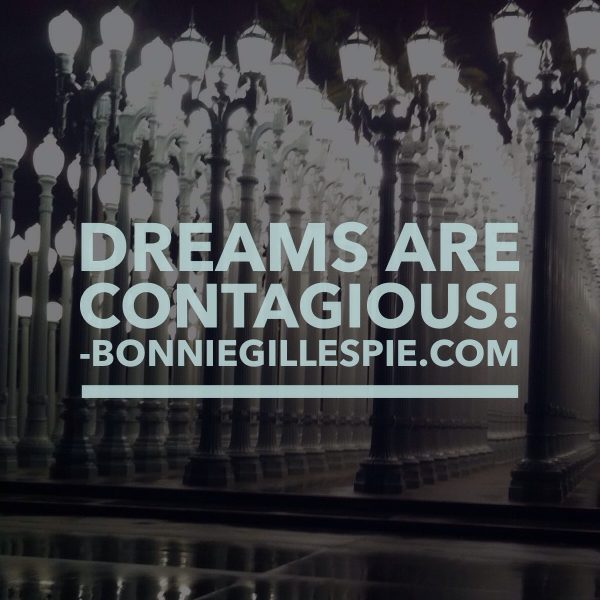