Let me take a moment to tell you about the Year of the Leemer.

I have this friend. He’s my musical soulmate. He’s a somesucher. He’s a GMF and all around cool person. His last name is Leemer and I call him Leemsy. He has declared 2006 the Year of the Leemer (that’s YotL, yo).
At his blog, he explained it like this:

What started out as a little mantra to myself, to make me realize what I am truly capable of, took off with a life of its own. And I love that. I mean, I really love that. The original intent was to make me get off of my ass and follow my dream, whatever that may be. However, I have found myself to be content living through the triumphs of others that are close to me who have embraced the YotL concept.

And YotL is definitely embraceable.
While I’ve been sick in bed this past week, I’ve received three messages from producers wanting to hire me to cast a pilot, a play, and a film. Yup. I’ve also received calls about covering acting classes at several very cool studios, guest-speaking all over the place, and even a pitch for another book… from a financing writing partner type. Yup. That’s on top of the super-terrific “new” (additional, not instead of; existing MAJOR publication, not new rag) venue for my weekly column that’s in the works.
YotL, yo.
Best yet, while I’m catching up with what’s going on in the lives of my friends and colleagues, I notice that many (perhaps MOST even) of them have seen very big advances in their professional lives already in this short year. Cooooool. Just like Leemsy, I’m thrilled to see others basking in success they’ve so well earned. There is nothing so exciting as celebrating successes with dear friends. To all of you, I want to explain that, without knowing it, you’ve embraced the spirit of the Year of the Leemer.
Congratulations.
It rocks hard.
And so do you.
In other news…
I am starting to feel better. Thankee for all of the good vibes and love. Keith made me take today off too, which I think was probably smart, but I’m still getting lots done. (Heeeeeee!) Drinking lots of water and trying to just flush out whatever might be left in my system. OUT!
I’ve gone and created a Cricket Feet Mailing List , since I’ve been told that a few of the wonderful members of the Hollywood Happy Hour Yahoo Group really only stay subscribed so that they can keep up with announcements I might have about the industry, notes about upcoming column topics at Showfax.com, information about upcoming networking events, details on screenings of films I’ve cast, book signings, and various speaking engagements around the country.
Volume of mail should be relatively light. I’m thinking a weekly blurb about my column (I’ve been asked to do that, as a reminder when new articles are posted) and periodic announcements about events that I would normally either post at HHH or forward to Judy Kerr for her awesome mailing list.
Remember, Queen of Cactus Cove screening FREE on Thursday. You’re coming, right?
Let’s see… what else?
I’ve taken some quizzes. I’ll post those results later.
I’m going to do some organizing now. I have a cool teenage helper coming over later this week (she’s in town from NY for Pilot Season) to help with my headshots, scripts, and demo reels. Before that stage, though, I have to get stuff to a manageable level.
Okay, I think that’s it for now.
Oh, one more: last night was seriously intense on the celeb factor at dinner. Very bizarre to see such a high concentration of industry folk at one time on one night. Dress rehearsal for upcoming Oscar parties? Maybe. Anyway, champagne and lobster always makes me smile. It was a good date. The Saturday industry “underground” thing was amazingly good fun too. *giggle*
Time for a shower. Yay!
Remember, embrace the YotL, yo. 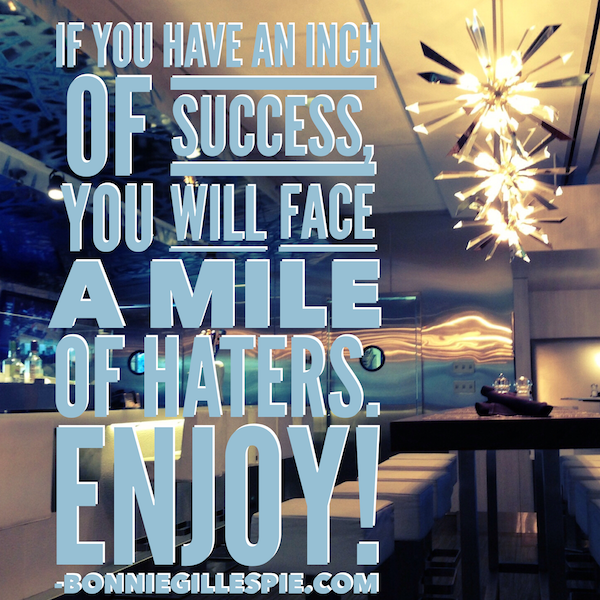