We all have them: audition horror stories. I think you don’t even have to go on that many auditions before collecting a few haunting tales from the script.

You got a flat tire on the way to the audition. Or you got into a wreck. Or your car had been stolen, when you reached the parking lot to head out for your final producer-level callback.

Your audition is for a musical and the CD player won’t “read” your accompaniment CD. Or your sheet music is missing a page. Or you could’ve sworn they said up-tempo, and everyone else is doing ballads.

What about when you begin your read and hear a murmur of, “Oh, great. Not this piece again,” from the casting people? Or laughter escapes their lips when you’re emoting your best, most tear-filled soliloquy. And of course we’ve all started in on ten pages of material only to be stopped after the second line on page two with the dreaded, “Thank you. That was great. We’ll call you.” Ugh.

I heard of actors who black out during auditions, faint, and tie up hours with the whole CPR-ambulance-leave on a stretcher thing (and become forever known as, “That actor who passed out,” rather than, “That actor with the great take on the character, fantastic look, and charm”). And those who, when asked to improvise, suddenly become inflicted with Actor Tourette’s Syndrome, and become known as, “The actor with the pottymouth.”

Or support personnel (signing actors in, running camera, collecting headshots) with a Napoleon Complex, treating every actor like crap. What about getting matched up with the worst actor on the planet when you’re being auditioned in pairs? The other guy sucks the life out of your audition and there’s nothing you can do. Or, the worst: You are this guy. Ouch.

But you still audition. Why?

While participating in the amazing SAG Casting Access Project a couple of weeks ago, I made a statement that I was actually surprised to hear come out of my mouth, but I think it makes a lot of sense. An actor had come to the event that night even though he was very ill. SAG CAP has a no-show (and late cancellation) policy, and this actor also really wanted to attend my talk. But when he performed, he worried that his abilities were compromised due to the fact that he was so sick. So, after his read, he asked a simple question: When you’re really not well but you have an audition, do you go and risk doing a poor job or do you not go and risk being thought a flake? I asked a couple of questions about how sick he felt and whether he’d been able to go to his survival job earlier that day and that’s when I said it:

Every time you go on an audition, you’re paying rent on your soul.

Let’s break that down. You go to work at the day job you may hate so that you can pay rent at the tiny apartment you tolerate so that you can survive while going to auditions on projects where — if you’re cast — you may not even get paid. And at so many auditions, you could be facing a potential horror story. So why do you do it? To pay rent on your soul.

In the end, a job-job may provide security, but what allows you to create, what gives you the drive to continue, and what feeds your passion for the artist’s life is that you’re ever invited to perform. So always go. Laugh off the horror stories and visualize that you’re putting pennies in a piggy bank, fattening up your soul-bank with gratitude for being asked to share your creative energy. Even for a moment.

How do YOU survive the horror stories you encounter, as an auditioning actor? Comments are open below. Let’s jam! 😀

Originally published by Actors Access at http://more.showfax.com/columns/avoice/archives/000308.html. Please support the many wonderful resources provided by the Breakdown Services family. This posting is the author’s personal archive. 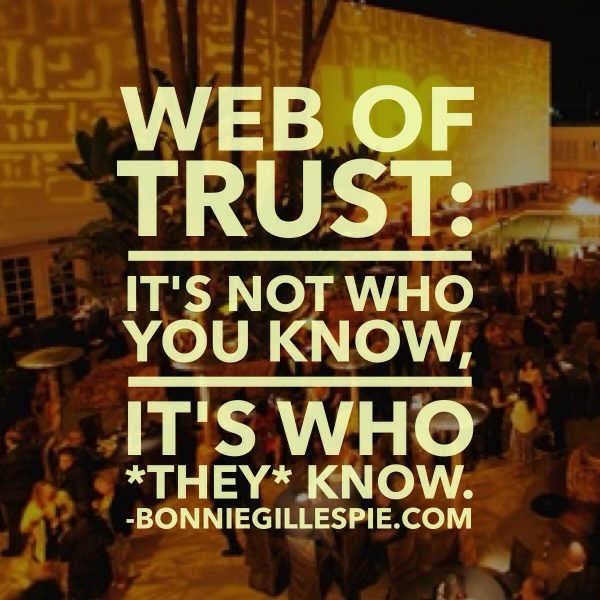