About a month ago, some keywords in one of my standing Google Alerts sent me to the production blog for the book-to-film I Hope They Serve Beer in Hell. I have not read the book, but I had heard about it — and certainly about its adaptation to the screen (as Tucker Max, the book’s author and the film’s producer, himself mentions: once it’s happening in Hollywood, we all know about it). I started reading and was immediately sucked into Tucker’s blog posts (most notably the ones wherein he learns yet another something about Hollywood via the casting process and reports that Joseph Middleton isn’t the only CD who has to ask his producers to cap the specific blogging a bit during the casting process). I even blogged myself about a “welcome to my world” moment, relating to dealing with desperate actors.

There are a lot of reasons I think actors (and producers, and casting directors, and even agents) should keep up with this production blog. Hell, let me link you to his-and-hers versions of some of the lessons, here. On appreciating the job of the actor (The Human Element). On the importance of having a team (Beware the Island). On status (Taking the Meeting and Don’t Believe the Hype). On crossing the line (How To Get Blacklisted). A post from Tucker’s partner, Nils Parker, on the value of the casting director’s perspective (The Room vs. Camera). On building a brand and trusting your audience will find you (Authenticity vs. Type). It’s all just really good, relevant stuff.

But it was this post (about what could’ve been a majorly derailing moment in the session room, for the actor) that caused me to send a producer-slash-actor friend over to Tucker’s blog, while she and I finished another round of drinks after our production dinner regarding a film of hers I’ll be casting later this year. She emailed me the following day to say she had read every word and was really inspired and amused by witnessing Tucker’s learning curve about all things Hollywood. And it was that statement that made me realize that’s what I was loving about the blog posts Tucker and his partner are making: Watching someone share what they’re learning about a process is not only fascinating, it’s often inspiring! Isn’t that what I’ve been doing here, every week? Heck, even if I have to turn a blind eye to the fact that Tucker doesn’t always know whether to use its or it’s (*shudder*) in his posts, I am getting a lot out of them, and I think you folks will too.

For instance, I have learned that once I’m (God willing) at a level of casting that Joseph Middleton has achieved, I will be able to say yes to a project and begin work in good faith with no deal memo in place for weeks at a time. (Sorry. Don’t see that happening any time soon, as a breakdown going out is the beginning of [often, first-time] producers cashing in on my reputation, and if there’s not at least a signed document detailing that I will, someday, be paid, that just ain’t gonna happen. Too many producers owe me too many tens of thousands of dollars as a result of my having let “trust” and “friendship” cloud my judgment. As Mark Sikes mentioned, actors aren’t the only ones having trouble getting paid sometimes.)

I have further backup (meaning, beyond my own experiences, casting name actors in tiny, micro-budget indies) with which to combat those know-it-alls who post anonymously-yet-authoritatively at message boards about how “no ‘name actor’ ever, ever, EVER says yes to a low-budget indie film,” and how “no ‘real’ producer would ever CHOOSE to do an indie film if given the opportunity to produce through a studio.” Riiiiiight. Y’all keep on flappin’ your gums (or click-clacking on your keyboards) while we’re out here making the deals you claim never happen in indie film. We’re living the new business model, grandpa. And people wanna work on great material with amazing people. You betcha.

And I have a, “see, toldja,” item to share with a producer who was furious with me last week for sharing with an agent of one actor what dollar amount another actor was being paid in the same film. (Because, see, everyone knows or can find out everything in this town. And you’d much rather that quote come from inside our camp than from that other actor’s agent — because you know she would spin it higher, because that helps her client the most. Agents spin, y’know?)

But the purpose of this week’s column, besides turning y’all on to a great production blog and sharing loads of links, is to discuss a post Tucker made called: If you want the prize, focus on the target.

At it’s [sic] best, making a movie is controlled chaos…there is such a huge difference between the effort you put in and the results you see…there is always something else to be done, and you are never done.

Tucker describes his movie as the prize, and remembers an editor having told him — while he was still writing the book on which this film is based — that he needed to focus on the target (getting the book finished), not the prize (which includes hitting the best-seller list, money, and primarily this film adaptation).

He’s exactly right about how long it takes to see the results of the work you’re putting in. It’s why I remind actors to be in it for the love of the pursuit, not the outcome. It’s why Mark calls it the marathon. It’s why the return on investment you’ll put in is so important to remember, as you flex your muscle of endurance.

He’s also right about how easy it is to start thinking about things like “100 million domestic box office or winning awards or…” *ahem* other perks that go with making a hit film. Actors often get focused on the potential results of their auditions (heck, of their individual submissions, sometimes), mentally spending all of the money they’ll possibly earn rather that thinking about how to interpret the character and nail the read. Yes, have dreams. Of course. But in order to be sure those are actually dreams (and not delusions), pay attention to the target that’s within your reach so that you can ultimately get to the prizes about which you fantasize.

And really, that’s how simple this week’s column is. I mean, besides sharing all of the links and hopefully turning you on to a really great blog. Just stay focused on the one little thing you can accomplish first. Because without that first, there is no next (and there is most certainly not the big-ass “next after that” thing).

One last note before I close for the week; this column marks the start of Year Five of The Actors Voice. Yup. I’ve been comin’ atcha weekly (with the exception of four weeks off) for four years now here at Showfax.com (and my husband had to point out that that’s longer than I wrote for Back Stage West, though I really found that hard to grasp, as it seemed like I was with BSW forever). I’d just like to take a moment to thank Bob Brody for hosting my weekly ramblings, handling all of the tech-heavy lifting, and for having come up with the idea to “bring Bonnie over here” all those years ago. And of course, a huge thank you to Gary Marsh for taking that meeting Bob suggested, deciding — yeah — it was a good idea, and paying me to come by and share my thoughts week after week. I am most appreciative of the Showfax.com policy to keep the columns free, archived, and fully searchable. I hope readers are appreciative of this too (and will take a moment to send a thank you the way of Bob and Gary). Most of all, I am grateful to the tens of thousands of readers who click in every Monday to see what’s new with The Actors Voice, and the hundreds of you who take the time to shoot me emails with your feedback. I couldn’t — and wouldn’t — do this job without y’all. So, thank you!

Originally published by Actors Access at http://more.showfax.com/columns/avoice/archives/000867.html. Please support the many wonderful resources provided by the Breakdown Services family. This posting is the author’s personal archive. 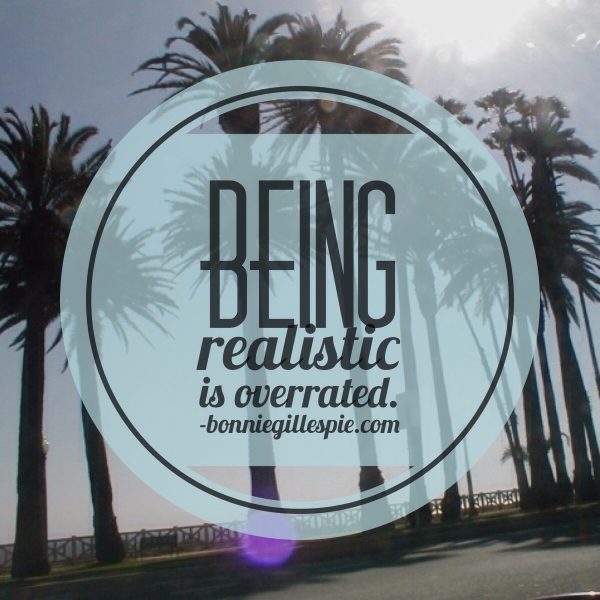