The TL;DR on this is thus: Ontraport (the company that manages all of our email systems and our membership levels) is holding us hostage with what we're able to do for you right now. They have no estimate on when things will be resolved so please treat this as a forced day of rest (a great opportunity to revisit some previous days in the curriculum or just RELAX and journal about how awesome you are). We promise we will keep you posted when we are provided with more info.

Longer story: On Monday at 11:30pm pacific, a step in our membership sequence failed to fire. A half hour later (at midnight Tuesday), another failed. One of you lovely humans affected by this was sure to let us know (woo hoo London, being up and ready to take on the world and noticing a snafu right away). We of course reported the issue to Ontraport and were told they'd look into it. Throughout Tuesday, we shared info with them hoping it would help (it did not) and then on Wednesday, I was told the case was closed as it looked to be a one-time issue of "database slowness" affecting one user.

Like dutiful customers of Ontraport, we reported all of this to ask that they reopen the ticket they closed on Wednesday as this was clearly not just affecting a single person, but multiple people (and we imagine more folks than this are having similar experiences but just not noticing or reporting them). When hours passed with me not hearing back from the rep who'd closed the case Wednesday, I hopped on chat before close of business to be sure this was being looked into before the weekend.

Things you do NOT want to say to Bonnie Gillespie via chat tech support for a service she's spent many thousands of dollars on: 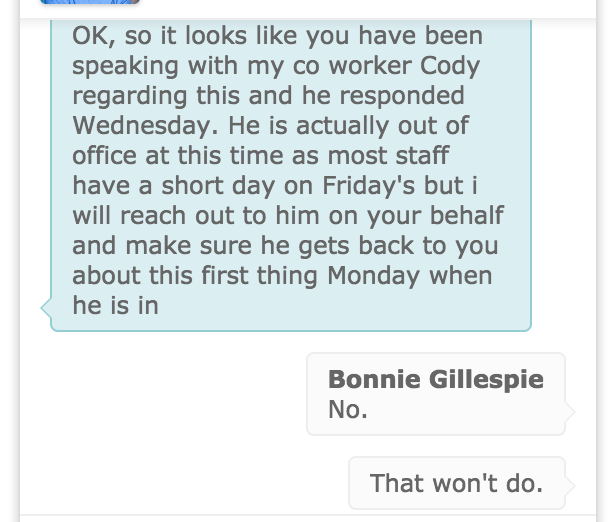 So I insisted upon escalation up the tech chain and was assured that would happen. I shared more data about what it appears is happening on our end (we've made NO changes; everything is set up perfectly, as it has been since this sequence was created more than a year ago) and was assured I'd hear back.

Never did. So I posted in the Ontraport Facebook group that I'm at a loss and of course my post was immediately deleted (they're quick on the ball for THAT kind of service, I tell ya) because that's not what the Facebook group is for. Of course, I understand that. I also understand that I'm pretty much being ignored at this point, yet the glitch reports continue to snowball from *my* paying customers (that's you, beautiful ones reading this).

Keith stays up 'til 2:30am pacific to see what the sequence fails to do at 11:30pm and midnight, which is when — for hundreds of ninjas — it grants new member level access and sends out an email about that new day, respectively. Sure enough, fail, fail, fail. He tries to track patterns, gather data, and communicate with tech support at this time.

And today we're flooded with emails, tweets, and texts from you lovelies letting us know you can't get what you've paid for.

Believe me, I feel your frustration. *I* am not getting what I paid many more thousands of dollars for than you want to know, right now.

Ontraport rolled out some really cool new stuff this week. Stuff that broke our existing stuff, apparently. Their upgrades over there have clearly caused problems over here in "everything was working just fine" land and the kicker of it is, it seems they've gone off to celebrate a good launch of the new stuff and no one seems to be manning the ship when it comes to the ability to look under the hood and fix what they broke in our awesome part of the world, here.

This post is to let y'all know you're not imagining things; there is a glitch and it's nothing we at Team Cricket Feet control. We are more frustrated than you are (I promise) and if there were anything we could do to soothe your frustrations, we would do it. So what we're asking at this point is that you report what you're missing (and I'm not talking "email went to my junk folder" stuff; I'm talking about you having ALWAYS gotten daily emails then suddenly you don't have one or your member level access is behind by a day — that sort of thing) to Ontraport! They need the data (apparently) because until they can identify a pattern to the outage(s), they aren't able to fix anything. (Of course, my theory is that until they get back from a weekend of celebrating a big roll-out of new stuff, they aren’t able to fix anything, but maybe that’s the cynic in me.) 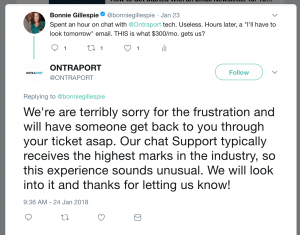 Please know WE will take care of you. You will receive access to your course materials, though maybe not on the schedule we had all hoped for. Believe me, no one is more pissed than I am. I can guarantee that. So please do me a favor and just breathe, journal, revisit a previous day's coursework, chat with your mentor, consider what sorts of things you'll do in your next-tier career when you have invested in systems (maybe like having a publicist and a personal assistant and a bookkeeper who suddenly fail at their jobs and are unresponsive to your outreach) and have to "go on with the show" while managing banal issues that you'd paid others to handle.

Thank you for your patience! We'll get you back in the dojo as soon as is ninjaly possible. 🙂 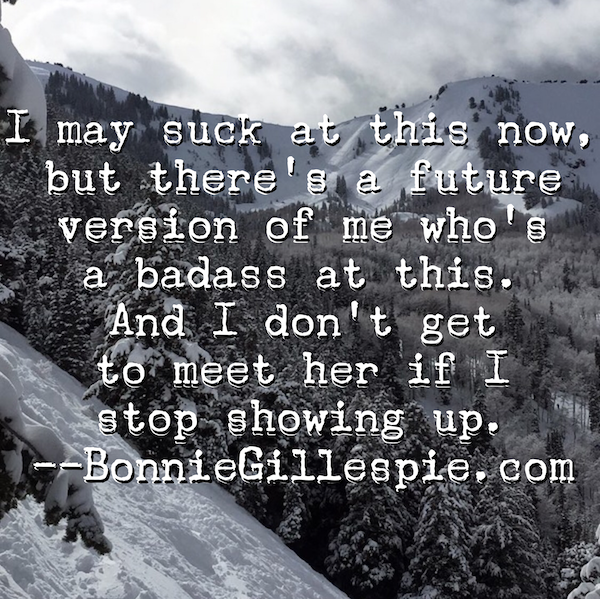