Recently, I was participating in a PARF chat. (This is a regular live chat put on by the Professional Actors Resource Forum — mainly geared to parents of young actors.) A few parents were trying to wrap their brains around the whole issue of casting, how selections are made, and facing rejection when not chosen. One of the toughest parts of dealing with the parents of kid actors (and I say this having been a kid actor myself) is that, until the kids reach a certain age, the issue of rejection is a far bigger deal to the parent than the auditioning young actor. Kids have it right: Every audition is a chance to play. And many young actors will tell you that they enjoy auditioning more than working on a set, because there’s more concentrated playtime during an audition and less of the tedious waiting around that happens on set. But adults stress about what’s happening to a child’s self-esteem, when he or she is not chosen for a role. That’s adult stress. And the best thing parents can do is keep that stress to themselves and let their kids play.

So, what does any of this have to do with Shopping for Cereal? Well, as sometimes happens, my husband-the-actor hopped on the PARF chat to flirt with all of the ladies (we like to joke that he’s their oldest official kid actor member) right as a parent expressed a high level of frustration with and anxiety over her child coming close, but not getting cast. And, in his inimitable fashion, he cut right to it: “Would you feel sorry for the cereal you didn’t buy, when you went to the market?” Of course not! And, really, casting is not that different from shopping for cereal, at its core.

Now, before you take issue with the fact that I’m comparing actors to food (again), just know that this is an analogy, meant to put something that baffles people (the casting process) into terms that everyone understands. I mean, we’ve all shopped for cereal, right? And it’s ludicrous to think of feeling bad about all of the items in the store that we don’t purchase. But casting directors are very much like shoppers, in the sense that they too don’t feel bad about what they leave on the shelves. They know there are other shoppers who will happily take home the cereal that didn’t fit their needs.

Bear with me, here.

You’re in the cereal aisle. You have “cereal” on your shopping list, and when you made the list, you thought that Rice Krispies would be your choice. But now you’re in the market and thinking a box of Corn Flakes is a better idea. Ooh, but what about Lucky Charms? No, can’t do that. Can you? Maybe you can buy all three? Well, that’s silly. They’ll get stale before you can eat them all, and besides, there’s no room in the cupboard for more than one box of cereal right now. Can you squeeze in a super-sized box, once you get home? Maybe you should buy the mini-box multipack. Ugh. Nah. Shredded Wheat? Gosh, this is getting complicated. But you make your decision in less than a minute. Because, when it comes right down to it, if you get home and decide you bought the wrong cereal, you can always go back to the market and buy a box of the stuff you want right then.

Is that fair to the half-eaten box of Cheerios that gets tossed out because it went stale before you could finish it? No. But what the heck are you doing, worrying about what’s fair to a bunch of ingredients assembled in a certain way, created to serve your biological needs in as flavorful a way as possible?

And that’s no different than how “the right actor” is chosen sometimes. It’s not always about what was on the original shopping list (the breakdown) or even what your family (network, producers, ad execs, etc.) told you they wanted and how much you can spend (the project’s budget). Sometimes you’re just standing there in the aisle (the casting director during sessions) and an impulse makes you buy Cocoa Puffs. That doesn’t mean the Count Chocula didn’t come really close to being what you bought. Nor does it mean that any of the hundreds of options you had were bad or wrong choices! You may like and want to buy all of the other types of cereal. But at that moment — based on your list, your knowledge of what else is in the cupboard at home, your awareness of your family’s taste in cereal, how much you have to spend, and how you’re feeling while you’re standing there faced with the big decision — you chose the cereal that you chose. And you did so in a matter of seconds. Because you shop for cereal all the time and you’ve gotten really good at assessing the changing needs at your home, week to week.

None of these factors are within the control of the cereal, its manufacturers, the store, or the toy at the bottom of the box. If the cereal is in its correctly-branded packaging on the shelf at a store at which consumers of that type of cereal regularly shop, it has done its part. Kellogg’s has no control over how much money I have to spend on General Mills products, each market visit.

You also know when it’s cool to take a risk and buy a new type of cereal that showed up on the shelves and when doing so might make everyone mad at you, because they all wanted the tried-and-true favorite. And you’ve learned what sort of catchy buzzwords to ignore, on the packaging, because it’s all just a means of getting your attention when, unfortunately, the taste of the cereal does not match up with the “POW” “ZOW” “WOW” on-box claims. This is just like casting. We’re using a list, keeping a budget in mind, we know what else is already in the kitchen back home, and we know what our family likes best. We also know when they’re willing to try something new, and we can spot a “bad risk,” having been burned before. And when the time is right for us to bring home a certain cereal we’ve not bought in years, we’re going to think of the brand that does what it does best, not the one that tries to be all things to everyone at once.

One of the moms on the PARF chat joked, “And nobody buys the bran.” To which I replied, “Obviously someone buys the bran at some point or else they’d stop making it.”

So, rather than trying to be any type of cereal than you already are — or worse, trying to be all types of cereal to all types of shoppers (something that would probably make you taste really complex and downright icky) — just be the best version of whatever type of cereal you are. Brand yourself well, and make sure your packaging matches what you deliver in the bowl (meaning, make sure your headshot sells the type that you are, in person). Always be at your best when you are given a chance to show shoppers what you taste like (like when the store is giving out free samples). When we need to pull you from the shelf, we will. And when we pull you from the shelf and then put you back, just know that you came close. And eventually, you’ll make it into the grocery cart and come home with us.

Originally published by Actors Access at http://more.showfax.com/columns/avoice/archives/000693.html. Please support the many wonderful resources provided by the Breakdown Services family. This posting is the author’s personal archive. 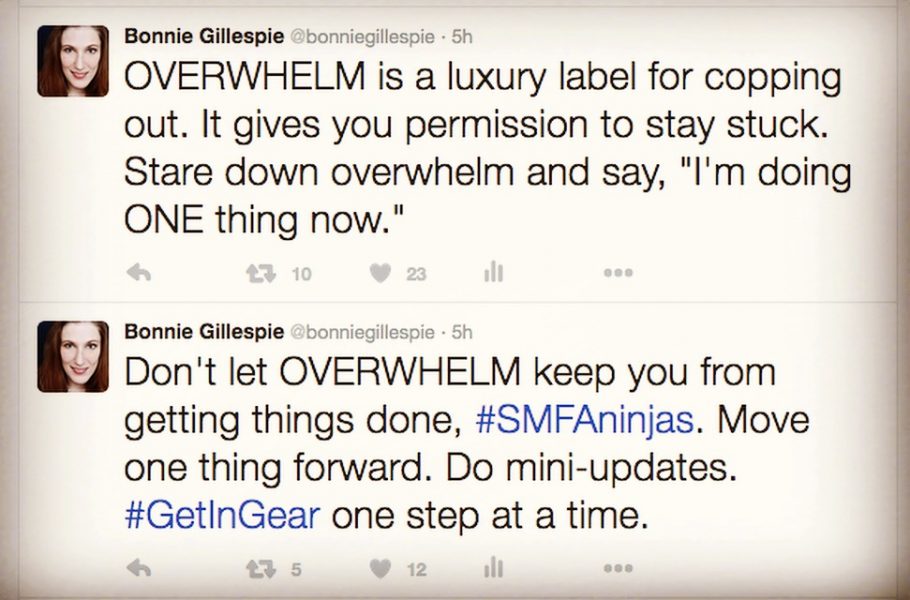