This week’s column is devoted to that bottom inch of your resume: the Special Skills section. (If you need a template for getting started with your resume, I’ve got you covered here.)

Whenever I hold auditions, I will ask a few actors to do some of the things they list on their resume as Special Skills. Usually it’s the creative, funny, or Stupid Human Trick-oriented items. A favorite comedic actor, the late Eric Gelman, had the BEST Special Skills list of any actor I’d seen before or I’ve seen since. It included things like “instant red face,” “silly tongue shapes,” and “dancing elbows,” of all things! The “instant red face” was so appropriate for a particular character in a future project I was casting that I actually prepped Eric to come in for that audition with the trick planted in the read. The director loved it. It landed Eric a callback on the spot.

Not all Special Skills need to be this creative, though. The traditional items include your performance skills (singing, dancing, instruments, stunts, TelePrompTer, etc.), sports abilities (everything from the “usual” participation sports to professional-level experience in extreme sports), and languages/accents. Whatever the item, I think most folks in casting would appreciate two VERY IMPORTANT things regarding Special Skills:

Being specific is important because we don’t just want to know that you can throw darts. We want to know whether you played on a dart league in college. Sure, you can do a southern accent. Is that Texas or New Orleans? Didn’t know there was a difference? Then you have no business putting “southern accent” on your Special Skills list. The same goes with any regional accent. “British accent” isn’t enough. Are we talking cockney or royal family? Both? Great. List both. Your level of proficiency in sports is especially appreciated. You practice karate? Awesome! What level belt? You speak Russian? Fantastic. Are you fluent? Are you a native speaker? And if you are a native speaker of another language, when you speak English, can you do so without an accent? Firearms? Yippee! Which ones? And when was the last time you fired a gun? If you sing, we want to know what your vocal range is (actual notes you can hit aren’t necessary for most CDs, but if you frequently audition for musical theatre, of course you should be that specific). Wheelchair basketball? Cool! Do you play for a team every week or just think you could probably do it, if asked? You can juggle? Super! Are we talking small balls or flaming chainsaws?

The more specific you are, the better, as long as you’re describing a special skill that may be of use to us, in casting you. The fact that you can list all state capitals in reverse alphabetical order is more of a “fun fact” than a TRUE special skill, at least in the casting sense (I’ll get to the true purpose of listing Fun Fact skills in a moment).

Maybe more important than the specificity with which you list your special skills is the honesty factor. Let me give you a classic (and all-too-frequently-occurring) example. In prereads last week, a director and I watched a pair of actors doing a scene together. The director then asked the actors if they spoke any foreign languages. I was holding the actors’ resumes, so the director wasn’t consulting the Special Skills area; this was just a question he came up with. One actor answered, in Spanish, “Yes, I speak Spanish.” The other answered, in French, “I speak French.” When the director asked the second actor whether she spoke ANY Spanish, she answered, coyly, “I can say hola and adios.” So, the director went ahead with another changeup for the actors and I looked back at the actors’ resumes. Sure enough, the French-speaking actor had on her resume: “Fluent French, Conversational Spanish.”

Are you kidding me? Being able to say “hello” and “goodbye” in another language is suddenly enough to count as “conversational”? Wow. You’d better call me “conversational” in about ten languages now. I feel so much smarter!

Back to the preread. Had the director held that actor’s resume and requested the Spanish based on having seen her indication that she could speak it, do you think he would’ve been pleased or pissed at this point? Because he didn’t make the request based on having seen the actor’s claim of proficiency, he wasn’t affected by her lie. I, however, was. And I quickly made a large X through “Conversational Spanish” on her resume… and began to question EVERYTHING ELSE on that actor’s resume. Could she really kickbox? Is she really SCUBA-certified? Can she do a Boston accent? Heck, was she even a guest-star on ER?

Is this the kind of thing you want a CD thinking when she should be watching your redirected scene at the audition? Of course not. Will all CDs catch this sort of lie (or care)? No. But do you want to chance it when you could just be who you are and expect that that’s going to be enough at some point?

Be ready for CDs to ask you to do something on your Special Skills list. It doesn’t happen often, but a request is certainly fair game. Obviously, you won’t need to horseback ride at a preread or bring your flute with you to auditions, but if you’ve included closed-mouth singing or hand-walking, don’t be shocked to hear us request to see your best attempt right then and there. Oh, and NY-based actors, when you come to LA, you can remove “licensed driver” from your Special Skills. Yes, that’s novel in New York. In Hollywood, it’s expected. So, unless you’re a precision driver or hold a license to drive a big rig, you can omit that item here. Other items to keep to yourself: bartending, waitressing, substitute teaching, typing 90 WPM, or anything else that is almost 100% a part of your survival job and not acting-related. Unless you can toss bottles around like Tom Cruise in Cocktail, your work behind the bar is irrelevant to most CDs.

Now, items that are more like Fun Facts/Stupid Human Tricks in nature are more about your personality than anything we’d need to see at an actual audition. Think about your entire resume. Contact info and stats… that’s pretty dry. Your list of credits… unless we have worked with someone that YOU have worked with and want to chat with you about that person, it’s really just a list. And your training… again, unless we’ve had personal experience in common, we’re probably not going to strike up a conversation about it. But those things you list under Special Skills can really give us a quick glimpse into your personality. (Like, “Why would this 5’2″ size 2 Latina have spent ten years in Korea doing sign language with children? I’m intrigued! Let’s ask her about that.”) Consider the non-traditional items in your Special Skills area a potential jumping-off point for a “general” with a CD.

If you are WONDERFUL with kids and animals, say so. Of course, if you have credits on your resume that would indicate you had worked extensively with children or pets, you could leave that off. If you played Miss Hannigan on Broadway, we know you’ve done the orphanage thing. We KNOW you can deal with kids (and at least one dog). And including the outstanding range of British accents that you can do, if you toured as Eliza Doolittle for five years, isn’t necessary. Some credits are that obvious. Some. And, eventually, actors will leave off Special Skills altogether, assuming that their body of work speaks for itself, in its diversity and skill requirements. Also, when actors are working at a level where all they do are studio projects, they expect to be given training time as necessary in order to get ready for the big-budget action picture. If you’re still going in for indie films, though, keeping “can drop and gain weight quickly” on a Special Skills list is cool. We may just need you to do that (and not have a nutritionist to supervise your progress).

Young actors should include “can cry on cue” and “can play dead” only if they seriously can shed a tear (not “mock cry”) in a believable, non-overwrought way and if they truly can slow their breathing and lie still for an extended period of time. More important on a child’s resume are items that give us insight into the actor’s “real life.” What are your interests? What is your best subject in school? What do you like to do when you’re not acting? These are the best items for the Special Skills area on a young actor’s resume.

For any actor, if you doubt that a special skill translates, you have two options: Tape yourself doing it to see how it “reads” or ask an acting coach to measure your proficiency at it. Once you know it’s a legitimate claim, include it on your resume. And anything that’s been on your resume for a year during which you haven’t practiced it AT ALL needs to come off that resume until you can brush up and truly be considered proficient at it. No one wants to hear that you “used to be” great at it, when asked. If you insist upon leaving it on your resume, get creative about it! My husband has “really bad golf” listed as a special skill. Why? He’s great at the sport, when in practice, but hasn’t used his clubs in a few years. So… he found a way to mention that he knows the game and could get good, but if you hired him today, he’d be playing “whack and chase.”

What are your coolest special skills? Share ’em with me in the comments below!

Originally published by Actors Access at http://more.showfax.com/columns/avoice/archives/000428.html. Please support the many wonderful resources provided by the Breakdown Services family. This posting is the author’s personal archive. 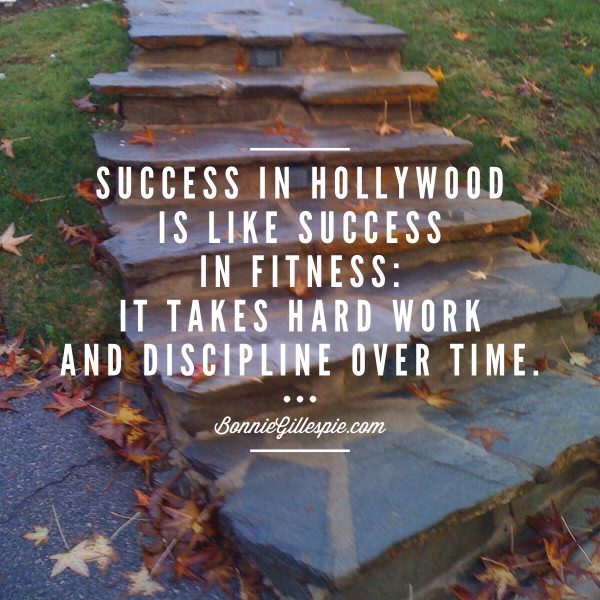