Now that pilot season is over and agents are looking to reshape their rosters before midseason, actors hoping to score agent meetings are more likely to get their shot right now. That doesn’t mean it’s ever easy to land a meeting with your dream agent, nor does having a great meaning guarantee that you’ll get signed right away and have years of partnered bliss. But after you’ve done the research to create your target list and you’ve gotten the meeting, being able to wow the team of your dreams not only feels great, it could seal the proverbial deal.

Now, before you jump the gun and start creating “The Agent WOW Kit” I’m about to describe, go back and click on those links, above, first. If you haven’t done your research to create a target list (not a wishlist, a researched target list), having a kit that mimics the contents of The Agent WOW Kit won’t make any difference in your chances of getting signed.

(Oh, and for those of you who think The Agent WOW Kit is overkill, don’t try to create one just because you think I’m telling you that you should. I’m not. I’m just describing something I’ve seen work. If you — without anything in hand — are enough to wow a team of agents during a meeting, that’s badass and totally cool! This kit is for actors trying to make a tier jump via agent upgrade, and for whom having a kit would be on-brand. Many actors have found that the perception of being completely put together, aware of their castability, and connected to their buyers can get an agent very excited about hustling for them.)

Okay, so the best kits are simple, clean, professional, and on-brand. The physical packet is in the color scheme of your actor website, and the tones in your headshots. The font used in all the documents is consistent and it feels like you. Usually, your photo postcard is stuck to the front of the folder, so it’s clear, before opening, that this is the “book of you.”

Basic contents include your business card with direct contact information, a DVD of your demo reel, your best couple of headshots (commercial, comedic theatrical, dramatic theatrical), your resume, your list of commercial conflicts (y’know, that “conflicts upon request” list), and your longer list of credits (if your resume has been slimmed down to just show “selected” credits in certain sections).

If you’re the type who learns best by seeing a physical example, the lovely and wonderful Helenna Santos has a much more comprehensive version of what I’ve described, which she shared last year in an episode of Helenna’s Tinseltown Tuesdays at Somebody’s Basement. Check that out to get a visual on what I’ve described (and more).

Now, a few tips about The Agent WOW Kit: I’m a fan of keeping this thing really simple. Too much crammed in and it feels like you’re trying really hard to convince the agents of something they wouldn’t jump to on their own (understanding your awesomeosity). Its purpose is not to show an agent the sort of kit you would take into a casting meeting. Its purpose is for use in the agent meeting, to get the agent. So, you’re not trying to impress an agent that you will be pushing this kit on casting directors or producers or directors. You’re showing an agent that you have tools that he can use to help pitch you. (Oh, and you would never mail this kit to someone. It’s for use in a meeting, where its context can be discussed.)

You’re sharing the results of your research on typing and show targeting, along with the list of existing industry relationships that could help your future agent get you booking work faster. This is not to show the agent how to do his job. It’s to show him that you know what you’re selling and who’s most likely to buy it. Ideally, you’re sharing this with someone you’ve researched and targeted as a good fit to represent you, so you should already know it’s going to be well-received. The professionalism and on-brand-ness with which your kit is prepared and shared is intended to instill confidence in the agent, so he can easily sign you on the spot, and start hustling to make you both some good money.

Overstuff the kit and you show lack of self-awareness. Just like you needn’t cram your resume with one-liners once you’re trying to teach your buyers that you’re a co-star transitioning to guest star, be a minimalist with this, at first. And for the love of all that is holy, please let someone else proofread everything. You know what words you meant, so you won’t see the typos that a new set of eyes could zero in on, with one last look at your kit.

Finally, when to whip this sucker out: Read the room. If the meeting is going so rockstar well without anything cluttering up the table, just keep the kit in your bag. If you’re asked, “So, how do you get cast?” by the agent, pulling the kit out to consult the sample breakdown sheet gives him a glimpse at the goods — so that he could ask to see the whole thing, should he want to do so — while you’re referencing a document that answers his question. If you’re asked, “Who knows your work and loves to call you in already?” during the meeting, you have that info too. Same with using the kit to field questions about the types of reviews you’ve gotten or the shows on which you see yourself.

I had a very simple version of this kit when I hit Los Angeles in 1993. It was just a few pieces of paper in a navy blue folder. Probably not at all on-brand, although the font was the same on all pages and my cute black-and-white headshot was nested next to a list of the half-dozen LA-based CDs I had met before moving out here. It wasn’t anything that would instill confidence in someone if they weren’t already into me, and I think that’s an important element to consider, in creating The Agent WOW Kit for yourself.

It’s not the kit that will wow an agent if you’re not already someone who is wowing him in the meeting. It’s simply a set of tools that lets a prospective agent know you get it, if that’s on-brand for you.

Wanna be sure your tools *and* your mindset are in peak form before approaching your dream agent? Let us get you in gear with some FREE training right now!

Originally published by Actors Access at http://more.showfax.com/columns/avoice/archives/001334.html. Please support the many wonderful resources provided by the Breakdown Services family. This posting is the author’s personal archive. 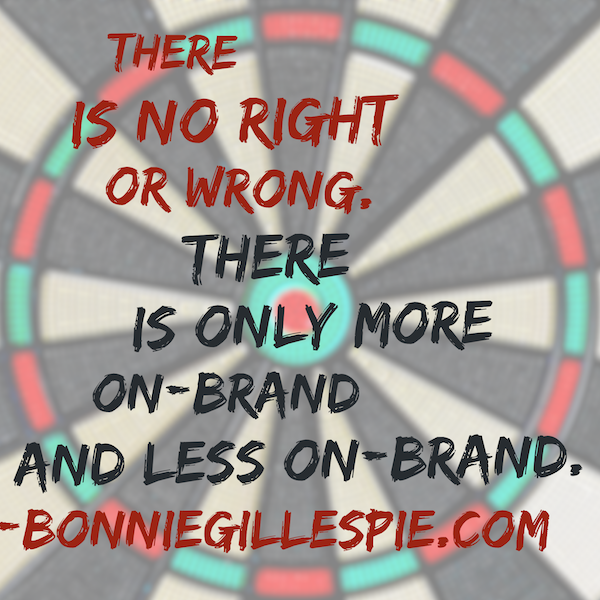