I’m casting a pretty big film right now. Biggest of my career. Those who’ve followed my work at all know I specialize in low-budget indies. And this film I’m casting now is one thousand times the budget of the first feature film I ever cast (in 2003). And I’ve noticed that there are two types of phone relationships emerging, between me and agents.

These phone calls in which I provide an “oral resumé” about myself and the production team are what made me think of this week’s column. There are people who are going to look at your track record in order to determine whether they’d like to go into business with you, and there are those who are going to look at the company you keep (and their track record as well) before deciding whether you’re worth the risk.

One of the first films I was ever hired to cast ended up never “going.” I worked on the casting of this film — even mounting a staged reading for investors — for nearly a year. We had attached some amazing actors, the dates were locked, nonunion actors had their names on a Taft-Hartley report at SAG, and this script — still one of the two best I’ve ever read — was going to shoot in two weeks.

And then the dates got pushed. The producing partners had major creative differences and parted ways. An investor fell out. A location that was tied in with one of the remaining investors suddenly went away because that person’s contact was losing confidence in a project with another round of date pushes. Here we are, years later, and the film will probably never shoot (and one of the producers still owes me money).

Because, at the time, I had only cast three features and a half-dozen shorts, this “no go” was a huge hit to my reputation. I began having to provide letters from banks, confirming money was in escrow, when I approached some agents on future films. The “ding” of that “loss” made an impact on the next several films I would cast — due to nothing more than the track record of the company I once kept. Unfair to the producers on the next few projects? Sure. But you already know this business isn’t built on fairness.

“I need a few wins,” I remember saying, as I read scripts and created casting bids over the next couple of years. I signed on to cast a bunch of fully-funded shorts so that I could have a string of successes (even if the wins weren’t at the feature film level). And of course I loved the projects as well. I don’t sign on to cast anything I’m not crazy about. Life’s too short.

Anyway, when there are this many zeros on the budget sheets for a project, the risk assessment becomes even more intense (as it should). My track record, and that of everyone else in the mix on this project, gets thoroughly scrutinized. And we all need a win at this level in order to get our calls put through to the big guys next time. Obviously, a “no-go” can cause a career reboot, depending on how many people you’ve convinced to go along with you, on that “bad” one.

Sure, everyone expects delays and locations changes and recasts and all of the other production hiccups that can and do happen. But it’s a sad day when a project that had a lot of heat within the industry and on IMDb suddenly, simply, no longer exists. Sadder still because future calls to agents include, “What ever happened to that cute ensemble film you put my client in?” or “Such a shame about that film. I really liked that script.” *sigh* I know. And my goal is to balance my own creative needs with a good sense of risk assessment, checking the company my potential business partners keep and their track records, so I only sign on to cast projects that I either know will “go” or care so much about, the “hit” my reputation takes if they don’t go just won’t matter.

So, what does this have to do with you? Well, for one, you’re going to consider accepting roles in low budget indies (and not-so-low-budget indies, and even non-indies, let’s say even pilots and studio projects) and need to do a little handicapping (which takes a lot of research) in order to know how much of your heart to put into a project (i.e.: Do you tell your family about it?) or whether you should turn down other work because of the promise of the current project.

And as I reviewed pitches for both of the feature films I’m currently casting, I noticed that I do a bit of the “company you keep” judging of an actor’s abilities (yes, even if I’ve never met the actor) based on my experience with the actors I do know on any agent’s roster. So, for instance, if your agent’s client list includes an actor I’ve cast before, that’s good for you. I obviously enjoyed the work of that actor enough to recommend the producers employ her. If I really am a fan, then you — even if I don’t know your work — are in good shape, just by being on that same agent’s roster.

But what if the only actor whose work I know on a particular agent’s roster is an actor I don’t enjoy watching? Someone I would probably not bring to producers? Or worse (since the rest of that is really subjective), someone whose lack of professionalism so completely turned me off that I don’t even consider that person to be among the ranks of the professional actor? If there are no other actors on that agent’s roster to convince me otherwise, I may just have a blanket reaction to “the company you keep” and dismiss the whole submission page.

Of course, you can’t know any of this, nor should you try to micromanage it. What you can and should do is research your agent’s client roster (using IMDb-Pro, keeping in mind that some actors on the agent’s roster might not yet have IMDb pages, depending on the level of agency you’re dealing with) and find out where you fall within the mix. Are you getting a boost because of the reputation of those with whom you share an agent? Or are you opening doors for the rest of the client roster, by being the agent’s star client? I guess it’s like buying a house. You don’t want to buy the nicest house in a bad neighborhood, nor do you want to buy the crappiest house in a nice one.

Obviously, the best time for doing this kind of research is when you’re transitioning from one agent to another, or submitting to agents during your first-ever search for representation. And finding that “the company” you’re currently keeping isn’t as high-end as you’d like is not, alone, reason to move on to another representative. If you’re out there, auditioning and booking, and you have a great relationship with your people, then screw the rest. The results are what matter, right?

Another way to protect against sweeping generalizations about your ability based on your agent’s roster is by also having a manager and/or by self-submitting using Actors Access (when that option is provided by the CD). I may not dig your agent’s taste, but I love your manager’s taste. So, yay, you! You have another way in.

And, hey, know that we CDs are going through this too. There’s an agency (one of “the bigs”) that absolutely has no interest whatsoever in one of these two films I’m casting. None. My coverage rep did not respond to the script and won’t take offers to the majority of his company’s clients, because he simply didn’t like what he read. Good news: 85% of his agency’s clients also have great managers. And many of those managers have been calling here, pitching those very same actors for this project. They love the script and would love to help facilitate an offer. So, there ya go.

There are many companies you keep in this business. And there are very few truly “closed” doors. Luckily, even those doors that are closed can and do reopen. In fact, if you find yourself on the right hot list, in the right company, you’ll see those doors flung open with enthusiasm. And you should enjoy that moment. There could always be another “no go” down the line from which you’ll need to recover. We’re all in this for the long haul. And almost everyone will remember the big wins and the big losses (and very little of what’s in between).

Win big. And recover quickly when you lose big.

Originally published by Actors Access at http://more.showfax.com/columns/avoice/archives/000828.html. Please support the many wonderful resources provided by the Breakdown Services family. This posting is the author’s personal archive. 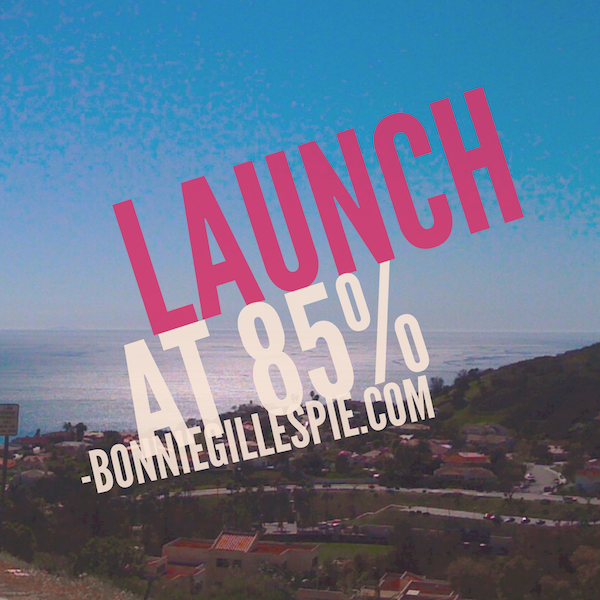