I am a full-time actor here in NC and I was one of those lucky actors who DID take advantage of Mark Sikes’ offer of a general. He originally said he was only gonna spend ten minutes with everyone, but wound up spending almost 30 minutes with me. He was wonderful and very helpful. This week, I was able to help two actors from my acting class get roles in a short 16mm film shooting here in NC. I worked with the director on his “On the Lot” film. (He got to the quarterfinals!) He wanted to give me a role in this new film, but I felt that I was too young to play the role, so I made sure he knew about these actors from my class, and he booked them sight unseen based on my recommendation!

Talk about paying it forward… wow… that felt great to help them and they were extremely thankful!

I’m moving out to LA within the next six months, so I’m hoping to repeat all my lessons that I have learned from you and Mark in LA!

Have a great week!
Paul Shaw

Thank you for another wonderful Actors Access article, “Directional Networking.”

I’m teaching at AFI through the Conservatory about networking (amongst other things) in my ShowBiz 2.0 class and I always tell actors that if they want to connect, they need to give in return to get.

If they want to make an impression, be it connecting online, at a party, a networking event, on set, or on stage, they need to offer something that the other person will find valuable besides just being a good actor.

Also, many forget that networking and connecting and getting jobs takes time. If they meet a director, producer, CD, writer, etc., they should not expect to get work from them for at least a year or more. If the actor keeps in touch, proves that he/she is dependable, hardworking, serious with acting, gets the job done, works all the time, then the actor will get the call or the email in a year or two (sometimes longer) about a project that he/she will be perfect for.

And I can testify for it and I have many success stories to tell.

Right now, I’m working on three shorts, one feature, and two theatre productions, none of which I had to audition for. The people I’m working with I either worked with before or they saw my work and — since I kept in touch with them — they thought of me when the role needed to be filled.

So, thank you as always for another inspiring article!

Have a great week,
Enci

I am the parent of a child actor in Canada and read your column regularly. While reading today I was surprised that the topic of your column was just what I had been discussing with my son earlier today.

Nicholas was invited to have a guest spot (no charge) in a workshop a local independent filmmaker was running. They have worked together before and Nick was interested in the project. Unfortunately, the six weeks it was running came just at the same time as a play he is in rehearsal for goes into the home stretch and performances.

We had to decline the workshop and gave the filmmaker our regrets and reason why it would not work. Nick was then invited to come in on a specific day to film something and we agreed. As he is trying to get the workshops up and running he wanted to produce a couple of segments as examples for potential students. We were also asked if Nicholas wanted to bring a few friends.

Nicholas wondered why he was being so nice to him and I explained that the relationship was not one-sided. Yes, there would be exposure and experience for Nicholas that since he was in the filmmaker’s targeted age range for his workshop and was a child actor with a decent resumé he gave some credibility to the workshop. By Nicholas and his friends coming to film a segment it would get the project up and running and offer an example of what those attending the seminar would learn.

Timing is a funny thing sometimes. I enjoy your columns and share the info with my son regularly.

Thanks for taking the time to write them.

Thanks for writing in, everyone! Y’all rock!

Originally published by Actors Access at http://more.showfax.com/columns/avoice/archives/000824.html. Please support the many wonderful resources provided by the Breakdown Services family. This posting is the author’s personal archive. 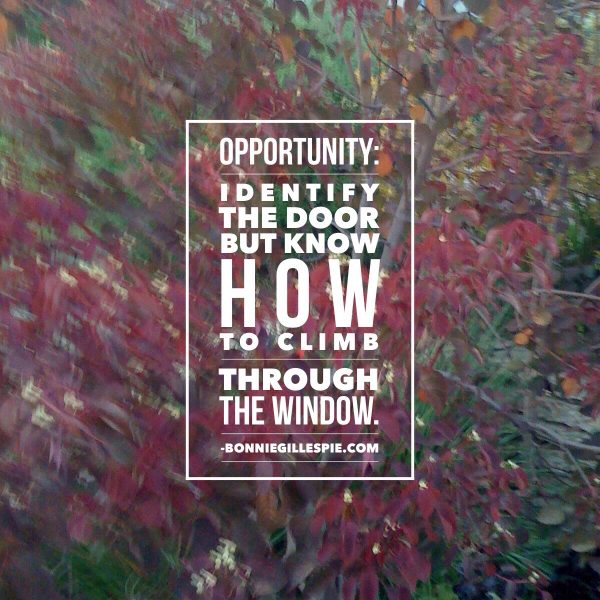