I have puppy fever. This is not a secret to anyone who spends more than a few minutes with me. I can’t wait to be a homeowner mainly so I can be a dog owner. Fact. So, when Keith and I go for our walks in the neighborhood, he’s always spotting and pointing out the puppies for me. “There’s one!” “Ooh, puppy!” and only sometimes are they actually puppies. Sometimes they’re full-grown dogs. And that’s okay too. Because I have puppy fever.

What the heck does this have to do with acting?

Okay, so on one of our walks, when Keith pointed out a puppy, I watched it exploring something so new in its world. Clearly, it was smelling things it had never smelled before. It was going nutso over all the senses exploding, trying to assemble meaning behind these new experiences. It was beautiful to watch.

Because the puppy was learning. Right there. In front of us. A thing of beauty.

As we continued our walk, I thought about the years of my life spent in education (both my own education and the years in which the education of others has been in my hands — yes, I was once a private school teacher) and about how beautiful I always find learning. We began to talk about an actor friend who knows everything.

You know the type. The actor friend who knows EVERYTHING. She’s seen it all. He’s done it all. She’s heard it all. He’s experienced it all. Absolutely nothing you tell these folks comes as a surprise because apparently there are no surprises in their lives, since they’re experts on all things, ever.

Sad for a few reasons, the biggest of which (for me) is that they miss out on the bliss that is learning, the joy of discovery, the rich experience of having one’s mind expanded, even a tiny little bit. But also sad because folks who know everything about everything also tend to get bitter. They get stuck in the way the world works and neglect to adapt as we face a revolution. They say, “How dare directors request auditions on tape?” and, “What is wrong with our union letting in all of these webseries actors?” And they’re absolutely certain they’re not getting ahead in this business because of all that’s wrong with it, never considering that there may be something they could learn that would create the paradigm shift needed to find the edge.

What did I learn last week? About a thousand things. As I sat in on a production meeting with the tech guys (and as EP, I really didn’t need to attend, but I wanted to learn stuff, since I’m new at all this), I learned about lighting and sound and camera angles and coverage and I soaked up lingo I thought I understood, but now understand more fully. As I emailed with the producer on a series I’m casting, I learned the names of a handful of actors who were new to me and are now on my master casting list. I went and sought out their work so I could be sure I understood why my producer valued them, on this list. I’m now a fan of at least one actor I didn’t know existed a week ago. I’ve now cast an actor whose work I didn’t know three weeks ago, because I went out and learned about her abilities and then offered her a role.

As I sat with a group of actors, asking them who their favorite coaches are (and why), I learned about who’s out there in Los Angeles teaching some really cool things to some amazing people — and I learned that even the best coach may stop working for an actor over a certain number of years. That the ability to keep learning is what makes a good relationship between actor and coach. And I learned that there’s great value in sticking with someone long enough to really get to the breakthrough, as some actors “coach hop” and don’t get deep enough with any of ’em to really make an impact on their craft. I learned some coaches want to create lifelong learners out of their students. Others want to create lifelong customers. I learned that actors need to explore the difference and be sure they’re choosing supportive, growth-filled environments for themselves, not co-dependent wealth-building situations for their coaches.

Back to our walk. When my stepson was very little, we would take him on our walks and point out those tiniest dogs as “robot dogs.” “Look, Quinn! Robot dog!” Over the years, it has been fascinating to watch his development go from one of falling for it to arguing that there is no such thing as a robot dog, and then from thinking it might be cool if there were such things as robot dogs to actually being in on the joke, spotting the tiny dogs, and saying, “Look, Bon! Robot dog!” before I can point it out to him. It’s like our version of Slug Bug, I guess, but it feeds my puppy fever and no one gets punched in the arm.

Whenever I meet someone in this industry who knows everything — and smugly so — I just think back to puppies and my stepson and the amazing creatives I’ve met in this business who are sponges for knowledge. Who crave learning something new. Who celebrate being informed that something they thought was absolutely certain may not be so certain after all. Those folks, I believe, are the ones who are actively building this town into the Hollywood I want to be a part of.

So. How ’bout you? What have you learned recently?

Originally published by Actors Access at http://more.showfax.com/columns/avoice/archives/001321.html. Please support the many wonderful resources provided by the Breakdown Services family. This posting is the author’s personal archive. 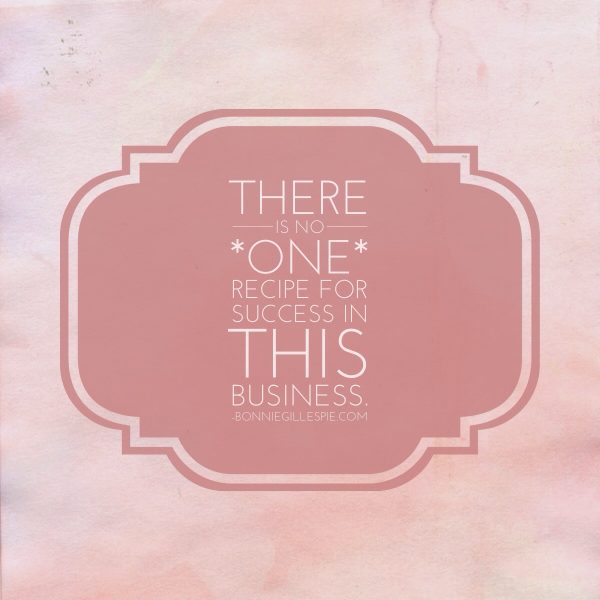