Recently, I saw an amazing post tweeted by Jeff Schuetze of JefBot fame. (I’ve talked about him before. He’s a fantastic actor whose comic strip has been a labor of love.) Seems his long-term survival job is now a thing of the past. I’ve had that happen. Many creatives have had that happen.

But here’s what separates the proverbial men from the boys, with this: Jeff’s reaction was (at least in his blog post) one of class, focus, excitement for the freedom ahead. Sure — like I did in my post-survival job post (and, to be fair, mine was a part-time gig, but it was the last bits of my actor survival job era to which I clung, and we all have to make a leap the second we lose ANYTHING close to the ONLY “regular gig” we’ve had) — Jeff talked about how hard this was gonna be for some folks and expressed his sadness over getting to spend time with these amazing folks with whom he had built relationships over the years. But at the CORE of Jeff’s post was a fantastic call to action FOR HIMSELF. It is time to go all-in.

Or as Steven Pressfield would say, it is time to turn pro.

I thought about Jeff and his sudden abundance of time to do things that had been waiting for “time” to get done. I wondered about my fellow creatives and whether they would, similarly, greet unexpectedly-granted free time with an embrace, thinking, “Yay! NOW I can finally update my website, edit my demo reel, submit to my targets… do all the things I couldn’t afford to do — time-management-wise — when I had that thrival job.”

I’ve written before about how the economy has done artists a favor, because we have more in common with our loving (but generally misinformed) relatives now that they’re no longer living the “get out of college, start the nine-to-five gig, experience linear progression, have 40-years of promotions, get the gold-watch, cash in the retirement-fund, then REST” lifestyle they were sold back when they chose to go “the safe route” they STILL sometimes beg us to choose, when we, instead, move to Hollywood to join the circus.

But what would you do if you suddenly had an abundance of time? And even if you didn’t, could you put yourself up to a challenge and get IT done? (“IT,” by the way, represents whatever it is you let languish, because you’re too busy slinging drinks, answering phones, ringing up purchases, attending staff meetings, or babysitting.)

Katie Cunningham tweeted me to say she had joined the NaNoWriMo challenge and was deep into her first writing day, and I thought about that kind of commitment, for 30 days. To show up. To wedge it into your schedule. To make it happen.

Then one of my favorite people in this industry (and in life), Jeff Greenstein, tweeted a link to Ken Levine‘s post about changing it up, and how freakin’ essential doing that IS in our industry, today. That reminded me of the importance of having a second act. Do you? Are you ready to stay relevant beyond your first shot at this?

Are you spending every damn second of downtime (and even stealing moments of downtime that don’t really exist in your schedule) to be SURE you have the endurance to make this creative career happen? To make it STICK after you get that first foot in the door?

In the end, your attitude is everything. Your ability to USE every moment to become a better version of yourself is all on you. For everything you say can’t be done due to someone else’s power in this industry, remember, there’s a shit-ton of time that’s allllll yours. Use it. Use the last few weeks of this gorgeous years to make a difference in where you stand.

Lemmeknow what you declare you can do! I’ll celebrate you in the Your Turn section of this awesome weekly column, as we close out 2012. You’ll have tens of thousands of fellow creatives holding you accountable. No pressure. 😉 Who’s up for the challenge?

Originally published by Actors Access at http://more.showfax.com/columns/avoice/archives/001580.html. Please support the many wonderful resources provided by the Breakdown Services family. This posting is the author’s personal archive. 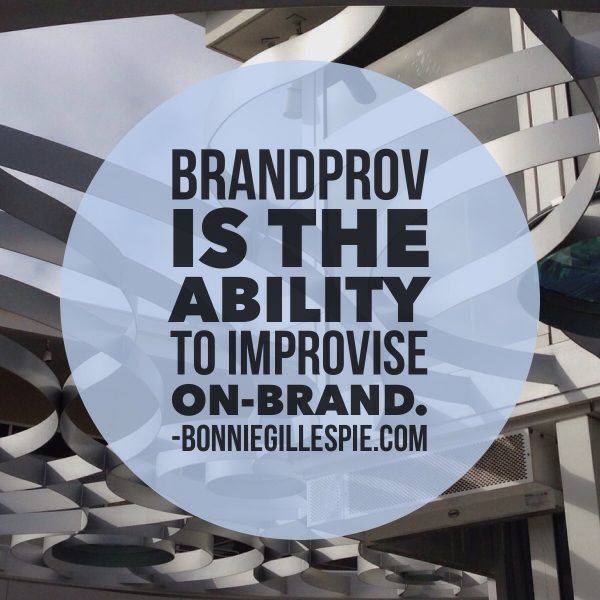