Unless you’ve been living under a rock, you’ve noticed lately everyone’s just feeling a little *extra* from time to time.

Sure, it’s the final week of Mercury retroGRACE, it’s disasters in the world — natural and unnatural, it’s that summer slump, and the energy just has to go SOMEWHERE.

(Seriously, the spike in number and intensity of randos straight up attacking me on social media has made me question what magic word I must’ve put out in a tweet to cause such ire. [Current theory: It was the word panties, FFS.])

As creatives, of course, we have the awesome responsibility and privilege of putting a voice to the emotions the world is feeling… but may not have the creativity to articulate beyond honking their horn in traffic or screaming into a pillow after bingeing on ice cream.

Staying focused on this storytelling work of ours takes building a muscle that we agree to use regularly, lest it weaken over time.

In addition to just LIFE itself being able to derail our best intentions for staying mindful of our power as storytellers and our responsibility to healing, sometimes we’re thrown into a field of landmines… unaware of what’s been planted for us to sidestep or, possibly, fall hopelessly onto.

Enter: The magical awesomeosity that is Kimberly Hill. 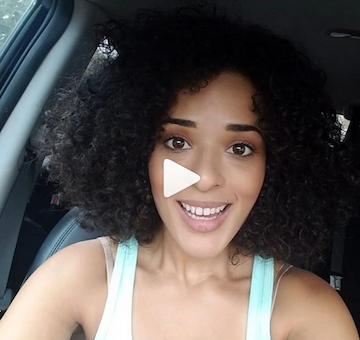 Now. I don’t know about you, but if I were showing up to audition for a project that has nothing to do with weight management, weightloss, or fitness, I’d be a little shocked to see scales set out.

Kimberly was shocked, of course. But as you saw from that quick vid, she’s a total pro. She stepped up, weighed in, auditioned, left, vlogged about it. Like ya do.

My mind of course went to all the other actors who showed up to the surprise of what might be their worst nightmare — weighing themselves in front of buyers — and handled it differently. Who left there trying to figure out WHY this was sprung on them. Who turned this one decision into a reason to spin out, take on *all* the stress of what’s going on in the world, and get really low.

I thought about the most specific physical requirements that have ever been an element of any project I’ve cast and recalled having to do body checks for nudity… and never once have we weighed someone. Checked for disfiguring scars or full-back tattoos so as not to be surprised on the day we would be shooting the love scene? Sure. But never a weigh-in.

Putting myself in casting brain to consider that maybe the client had a weight requirement — *that* I have had to swing for commercials; a specific height and weight RANGE for the Victory and Indian motorcycle and apparel ads I cast — I recalled that we never needed someone to PROVE their height or weight. We asked actors only to submit if within a certain range and then we trusted them.

Maybe I’m naive and there are casting directors out there with nightmare stories of actors lying and then getting to set and causing a wardrobe or safety problem — I don’t know? A weight limit on a gravity-defying set piece or something? — but of course the element of SURPRISE in this particular situation is what got me wondering.

Could this have been one of those little “producer tests” urban legend is filled with?

Was the “diva check” we *all* do in casting (that analysis of whether someone is problematic while auditioning for a gig… because the behavior is never gonna get BETTER after they have the job) one that involved seeing who’s a team player (will step on the scale), who’s gonna balk (will leave the audition), who’s gonna get rattled (will weigh in but then totally lose focus in the read), and who’s gonna confront the ridiculous unfairness of it all?

Were producers hoping to weed out people who’d never be able to handle stressful on-set conditions that the director is legendary for putting people through?

Were they hoping to avoid wardrobe surprises that could happen in the time between auditions and shooting by getting a verified setpoint?

Whatever the WHY behind the WHAT, my point is that, for many actors, it was a landmine. It affected the audition. Period.

So, how do we sidestep landmines?

Keep in mind, for it to be a *true* landmine, we have to be ignorant to the fact that we’ve entered a minefield.

Especially right now; especially while emotions are running hot everywhere; especially at a time when it’s all too easy to misconstrue, misunderstand, feel there’s been a WRONG; it’s important to err on the side of expecting to step on a landmine.

Err on the side of anticipating the need for expressing the most grace possible.

No, this doesn’t mean walking around assuming everyone’s looking for a chance to screw you over! That’s miserable! It means simply releasing any attachment to what ANYone else is up to right now. Taking NOTHING personally.

Whatever you do, never assign motives to other people’s actions. (Tweet that!)

Take control of your OWN actions, your OWN emotions, your OWN reactions to others’ actions and expressions of emotions. That, my friends, is all the power in the universe — and when we know that no one outside us can impact how we feel beyond the investment WE choose to give the encounter, we are unstoppable.

Wanna jam with me about this? Comments are open below!

And YES, what you’ve heard is true! We’ll be reopening enrollment for one last chance to join the Class of 2017 in Get in Gear for the Next Tier just in time for the last 100 days of the year! WOW! Get ready! You won’t want to miss this support, structure, and seriously empowered approach to your career and your LIFE.

I’m so excited to collaborate with you as you experience the most joy you’ve had on your creative journey — yes, even while everything else may feel all too crazy. It’s incredibly centering to have so much *working* for a change!

Starting with your mindset. Because THAT is everything.

Thanks, Kimberly, for the perfectly-timed reminder! You rock! 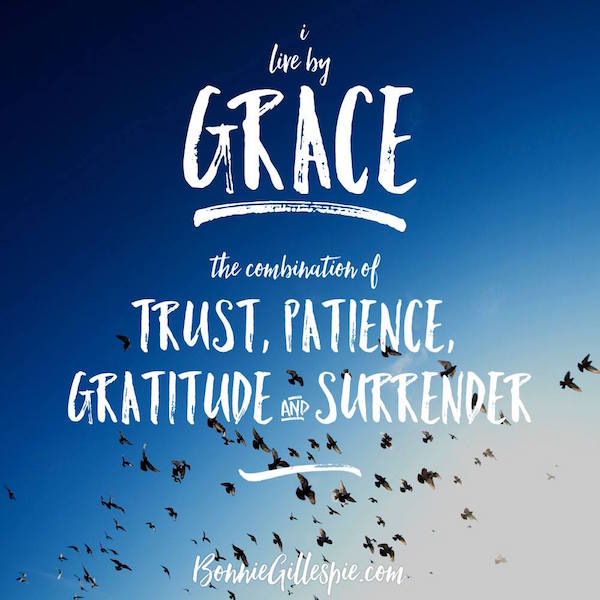