This week’s column is going to focus on that list of actors’ names.

And here’s why: There is one actor whose name I have put out in breakdowns more often than any other. And it’s not “Angelina Jolie,” “Tom Cruise,” or any other über-famous celeb. It’s “Elizabeth Chambers.”

Now, my actor friends give me a good ribbing about how I’m one of the only CDs out there who consistently lists names in the breakdown that they have to go and look up on IMDb, because I don’t go with the “big names.” Well, of course not. None of the “big names” are anything more than “themselves” once they’re that famous. It becomes nearly impossible for the super-famous actors out there to disappear into a role at some point. They are just too universally branded as themselves, and I’m looking for actors who can embody the spirit of a character represented only on a page up until that moment. I don’t want to be distracted by what I just saw on TMZ.

Of course, it doesn’t always happen like that, but when it does, it frees up the rest of my time for paring down the thousands of submissions into dozens of selects, scheduling auditions, and then holding those sessions to get to the top few candidates for the roles. More quality time with everyone else, when a role with a namey frontrunner is no longer on the to do list.

Okay, so back to Elizabeth Chambers. Having written my Master’s Thesis in Journalism School on the use of Channel One-donated production studios by elementary school kids to create their own morning newscasts, I continue to have an interest in broadcasting technology in the hands of non-broadcasters. So, I keep up with things like Channel One and Current TV and Funny or Die and anything else that puts the power of creating content directly in the public’s hands. One of the faces of Channel One and Current TV (and now, E!) happened to be the lovely face of Elizabeth Chambers. And I noticed she had started working toward an acting career as well as doing on-camera host and reporter duties.

So, I put her name on a breakdown. She was the exact right type for the role, has a fanbase of millions already (even if not yet for her acting work), and I was fairly certain that she would be interested in this role in a low-budget indie film once she read the script and met the director. Sure enough, her reps pitched her, we set up the meeting, and the director loved her. Yay, me! But he also loved another actor for the same role, so he had me offer out the role to that other actor, then ask Elizabeth to come in for callbacks on another role, since she still rocks and maybe would be the right fit for that one. She came to final callbacks and rocked the audition… as did another actor the director preferred, and that’s who got the offer on that role. Dammit! Okay, one more role on this project that could possibly go to Elizabeth. Let’s offer it to her. Please? But the director had one other top choice he wanted to go out to first. A long-shot. A name. No way would she say yes to working for scale. Oh, but she did. No role for Elizabeth.

That’s okay, I told myself. I’ll just get her in on the next one.

Cut to: now. It’s a couple of years later. I’ve put Elizabeth’s name in the breakdown another couple of times, certain we had the exact right role for her. And every time, she was a total champ. Came in, rocked the audition, charmed the director, and ended up second on the list. Dammit!

I asked her recently if she’d prefer I just stop listing her name in the breakdown, since obviously it’s a recipe for runner-up on my projects. No, she assured me. She loves it. Her reps love it. It ups her profile. It makes her happy to know I’m thinking about her for any role, ever.

And that’s the point. Out there right now, whether your name has ever been in the breakdown or not, someone is thinking you’re perfect for a role. And they’re probably totally right… but you still won’t get the job sometimes.

Here’s another example that illustrates that point (“painfully,” I’m told): My (then-fiancé, now-) husband once had a screenwriter send him a script, saying, “I wrote this role for you. Isn’t your girlfriend a casting director? I’d like to hire her to cast this.” So, I got a job casting a film in which a role was written for Keith (and I got the job because of Keith) and when I read the script, I said to him, “Honey, this isn’t your role. We know another dozen guys better-suited for this role.” And when he read the script, being the pro that he is, he agreed. But how much does it suck to have your partner casting the film in which a role was written for you and still not get cast in that role?

It’s going to happen, though.

I’m working with a director right now on a very high budget indie film (like, about as high as your budget can be and still not have a studio’s mitts on it) and we have an offer out to an actor who might also want to direct. The director (who also wrote this kickass film) actually told me he was open to having this actor direct, if it would close the deal on him as an actor in this film. Wow! That’s huge! Another screenwriter/actor friend of mine has written herself a beautiful film she wants me to cast later this year. I asked her if she would be okay with the lead role going to someone else, if it meant the film would get more heat, more money, more festival cred. Yes, she admitted, she was willing to be “only” the screenwriter on her baby, if it meant getting someone like Reese Witherspoon in the lead.

There are times, as a hyphenate, that you have to be willing to let your ego take a backseat to what’s best for the project.

And when you’re not the producer? When you’re Elizabeth Chambers, just busting ass to get that big role that’s going to change your status in this town forever? It’s the same thing. You have to — even when you’re not involved in the project — know that sometimes you’re not the one and that it’s really best for the project that the other actor got the role. And maybe it’s better for you to have not been in that project after all! Maybe being available leads you to something even better. Maybe “the big one” is just around the corner and having done this project would’ve prevented this next one from coming along. Who knows? What I do know is this: Staying prepared, focused, and available is all you really control. Keep doing good work and we will find a way to cast you. We’re just fans like everyone else, ultimately.

Originally published by Actors Access at http://more.showfax.com/columns/avoice/archives/000872.html. Please support the many wonderful resources provided by the Breakdown Services family. This posting is the author’s personal archive. 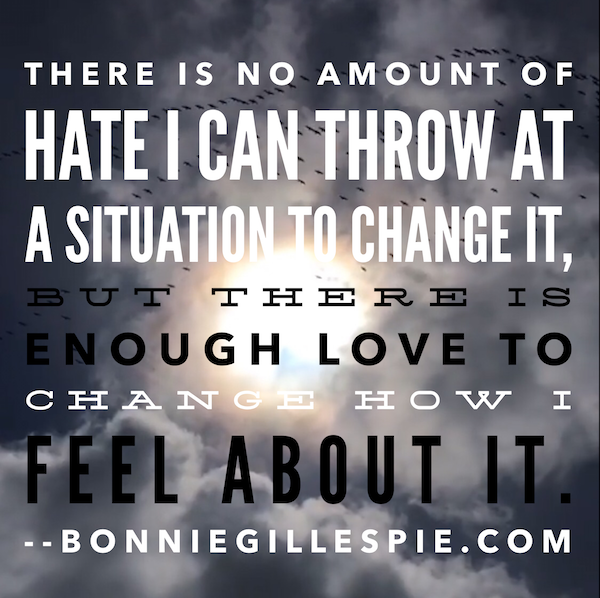