One of the last things we want to do when we’re hungry to work, eager to showcase our talent, hoping to build relationships and get OUT into the world doing what it is we came for… is say NO.

During the apprenticeship stage of our careers, we’re especially keen to accept everything that’s got potential of being a portfolio builder. We do “copy-credit-meals” projects. We work below our rate. Favor gigs. Spec work. It’s all an investment WE are making in the future toward which we’re building.

This is NO line territory, by the way. (Read about it. Listen to my podcast about it. Watch a very short vid about it. I’ve covered the value of the NO line quite a bit.)

When you fear that saying NO to a gig that’s below your rate — now that you’re leaving apprenticeship behind — will get you on some sort of shit list with the buyers, please let me assure you that often times the exact OPPOSITE is what happens.

Look, there’s no end to being asked to work for free in life. I get asked DAILY to work for free (yes, even though you cannot Google a single question about showbiz or enoughness or the woo or running your acting career like a business without landing on my existing free content) and that stream of requests is NOT a sign that I need to stop charging for what I do. 😉

Nor is a buyer’s request to have you work for copy-credit-meals or for lower pay or lesser billing a sign that you’ve set your standards too high. It’s just a sign that they’re taking a swing at that level at which you’ve said yes before. And as soon as you say NO, they simply file you in a different drawer.

When I first said NO to a casting project at a microbudget level (like, a $100,000 film, which would pay me $1000 for all the casting, no matter how many weeks of work that turned out to be), I worried I’d never again be asked by those wonderful folks to work on a project with them. Instead, what happened was they changed my classification in their show bible! And when they had a $2M film (for which I would get $20K for my casting fee), they called me! Because now they knew they could meet my FLOOR ($10K). For their microbudget films? They don’t ask me anymore. Because they know my NO line.

There’s an element of trust required in this sort of thinking. Trust that we are, in fact, ready to set that NO line in this new place. Trust that when we communicate that NO line, we’re going to be met with, yes, disappointment, but not a tantrum or anything weird or unprofessional (OMG, if that happens, aren’t you GLAD to find out what a dickwhistle this producer was BEFORE saying yes to the gig at any price?!?) And trust that these buyers are going to create MORE things… including things that absolutely fall on the YES side of your NO line!

Wanna jam with me about this topic? Comments are open just below and I’d love to hear from you!

Reminder: If you’re in our Get in Gear for the Next Tier membership, we have a very special guest coming up on our next live call! It’s publicist Deborah Mellman and OMG are we gonna have a blast digging deep on how you can be your own publicist ’til it’s time to hire someone as brilliant as Deb!

Check out my fabulous essay in the FREE Candid Confidence series I’m so proud to be a part of! If you’ve got the entrepreneur spirit, Tara McMullin should be on your radar. Her work is ever-inspiring and I’m so pleased she tapped me to share my story of enoughness in this free series!

And finally, Emmy-winning director Mary Lou Belli (for whom I’ve had the pleasure of casting now and then) has released her latest book (and I’m IN IT, y’all!!!): Acting for the Screen (a part of the PERFORM series). I freakin’ love collaborating with such amazing humans and I hope you celebrate getting to do that too! 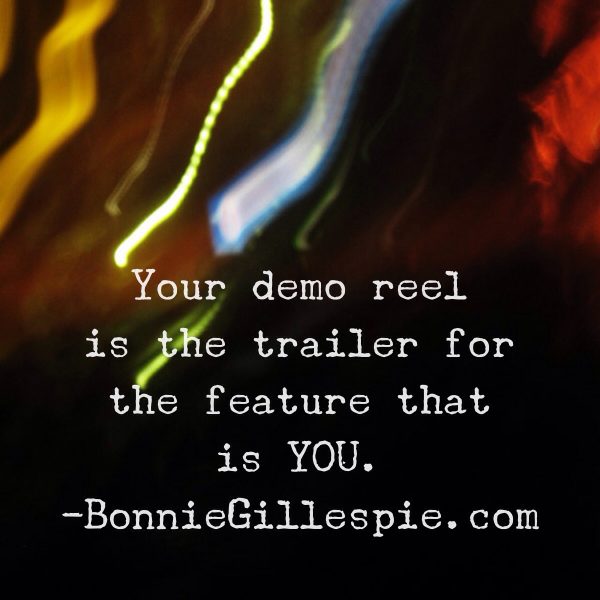