Ever have that feeling that something’s blocking you from your potential?

You say you want to succeed at something but find you always fall short somehow?

We’ve all been there and frankly it sucks.

So why does it keep happening?

Chances are, you’re putting out mixed messages. There’s the thing you say you want and some belief you’re holding onto that runs counter to that desire.

And when beliefs and desires are opposite, guess which wins? Beliefs. Every time.

Call it resistance. Call it getting in your own way. Call it upper-limit problems. It’s all the same stuff. We want a million dollars but when we get paid a hundred for our gifts, we’re quick to say, “Oh, it was just a low-budget job. No big deal.”

We toss aside the power of the momentum in the EARLY STEPS along the path toward the BIG THINGS we say we want.

And then we wonder why the universe stops bringing us more of it. We wonder why we can only ever get *so far* down that path. All the while, we’re negating the goods that are TRYING to show us our desires are lining up for us, incrementally, every damn day!

How can you, “yes, and…” the universe a bit more? What mixed messages might you be sending about your health, your love life, your finances, your success in ANY area right now?

Hop on Facebook Live with me at 2:30pm PDT Friday right over here and let’s work out the kinks in any mixed messages you may be sending the universe! Especially if you’ve flirted with success and then felt things “crash back down to reality,” whether it’s fear of haters, concern about being seen as a sell-out, or anything on loop that you keep telling yourself about what’s REALLY possible in your life, it’s all stuff we can fix in no time.

I’ve got a great mantra that I love using and I think you’ll find it pretty dang effective too!

Come join me and we’ll make it happen together!

’til then, stay ninja!

[Watch: Are You Sabotaging Your Own Success? Bonnie Gillespie Can Help!] 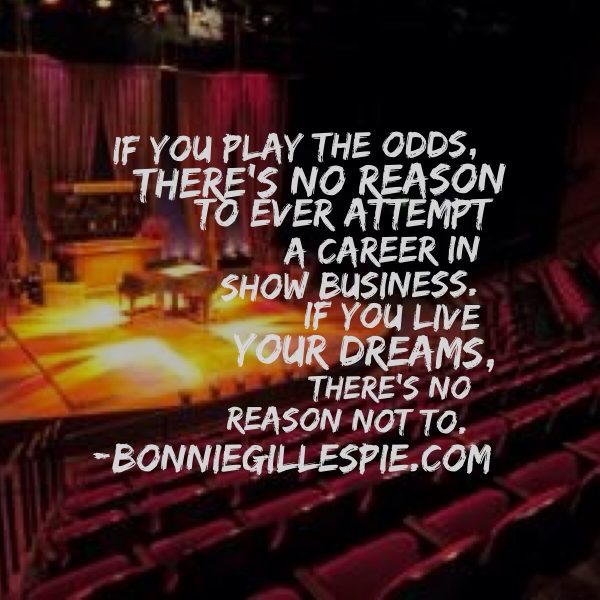