I’ve made no secret of this: Last year I became a pole junkie. After doing something really scary (entering a pole dancing studio at the age of 41, plus-sized, with no dance experience to speak of, fairly conservative when it comes to the bod), I became an addict.

I bought a home-pole, worked my way up through all the classes at The Pole Garage to the point of showing up for four 90-minute classes each week, and even trained with a private coach when traveling, because I couldn’t bear to go a week without my beloved pole.

And then classes got painful. I was leaving class early, crying out in pain. 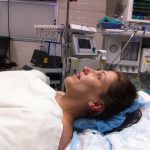 Turns out something was very wrong. And I was about to spend nearly five months with seven different specialists, enduring two separate surgeries and sometimes daily visits to deal with issues of wound care for something that just seemed more mysterious at every turn.

There would be no pole. Oh, and no yoga. No swimming. No walks. Nothing. I went from a full-on pole junkie — burning 600 calories in each 90-minute workout — to a ball of mush, just hoping my open wound didn’t ooze out into my clothing, ruining an otherwise “normal” day in which I was actually able to leave the bed.

At first, I was patient. Hey, I’ve been *extremely* lucky, as health issues go, thus far in my life. For someone who brazenly struts around, uninsured, I’ve been supremely fortunate to have no bigger stress in my day-to-day health than menstrual cramps and the occasional cold. I learned how to kill off 17 years of chronic migraines in 2004. The good people at Planned Parenthood take care of my ladybusiness in exchange for donations. And otherwise, all has been pretty damn awesome, in my bod.

To get totally slammed against a wall with not one but two surgical procedures in three and a half months, plus having the effin’ HELL that is “wound packing” going on, several times each day, was something I could endure… until there was just NO healing of this wound. I white-knuckled the whole thing and stayed cheery as I drained every penny that was meant for printing the fourth edition of Self-Management for Actors seeing doctor after doctor, and then there was gonna have to be another surgery. I got pissed. 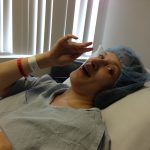 My mushy, angry body and my impatient, stubborn heart just broke down. I got over being grateful for my level of fitness before the first surgery, which is maybe why things went as *well* as they did (that’s what optimist-me was saying, for the first few months) and just got mad. As I traveled to New York and *couldn’t* meet with my private pole coach there, and had to take more cabs and subway hops than I usually do in my walking city, I fumed.

And instead of not telling anyone what was going on with me (which is my usual M.O.), I asked *everyone* for vibes, prayers, white light — whatever their speed may be. If I could’ve live-tweeted my second surgery, I would have. I stopped hiding the “down time” and just owned that I only had six hours a day, and not EVERY day, to give to my life, to running my business, to doing anything other than sleeping and healing, quietly, alone. My life became all about The Spoon Theory (thank you, Cracker Jack), and despite all the love and support I received, I have never felt so alone.

Healing is a solitary experience. It just IS.

Once I got okay with that, I probably started healing better. I still have far fewer hours per day than I’m used to having, and I’ll be happy if I never have to answer another freakin’ question about the specifics of my health ever again. I still adore health care workers and admire them for their service to a population that may never fully appreciate how hard they work to bring us to our healthiest selves, but I don’t want to talk about how often I wished I could flee to Canada, rather than being billed three times the quoted amount for anesthesia.

But gloriously, amazingly, last Monday I had a post-op visit with my second surgeon in which I was given the “all clear” to go back to my exercise routine. I’m okay to walk, to do yoga, to swim, to POLE! 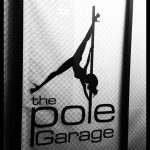 And sure enough, there’s a POLE TEASER coming up next week, and I’m starting over just like the 41-year-old who walked through the door in March of 2012. Soft. Mushy. Plus-sized. Out-of-shape.

But something is different.

I’ve had 11 months of a life with pole before this experience. I’ve now had more people see me naked in a short period of time than, well, ever, probably. If pole classes in 2012 put my relationship with my body into a better state, being trotted in and out of doctors’ offices for yet another specialist to see me at my most vulnerable thus far in 2013 forever killed any modesty that remained.

I remember going from yoga pants to bike shorts to a skort to not-quite-booty-shorts in my year of pole. I remember stripping off my cardigan at the TSA screening line and thinking, “That’s RIGHT, bitches. Check OUT my fucking arms!” after a lifetime of thinking, “Oh, God. Whatever you do, don’t look at my upper ARMS. They’re the *worst*!” 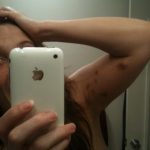 I have a feeling that — this time out — I’ll be in booty shorts WAY before “old me” would’ve been comfortable showing so much skin. I used to want to cover cellulite and varicose veins and stretch marks. Now, in addition to those things, I have a hole in my body where things will never look the same. Hell… there may be a tattoo on this scar, this dent, this space where poison grew, in my future.

But for now, there will be yoga pants and layers, just like the first time I entered The Pole Garage 16 months ago. It’ll seem an awful lot like it felt on March 3rd, 2012… but nothing like it at all. I’ll be returning HOME after having been away. I won’t be showing up with uncertainty for what lies ahead. I’ll be taking my body back after it’s been held hostage for most of 2013.

Sure, it’ll be clunky, after all this time away, but it’ll be empowering as hell.

I keep saying, through all of this, “Welp, the 40s sure aren’t like they looked in the brochure!” And the truth is, they’re BETTER. I’m about to go get my body back, surrounding myself with my pole sisters, and reminding my very soul that I’m stronger for this nonsense, not weaker. It may take TIME to see that pan out, but I’m on it.

I am fucking ON it. 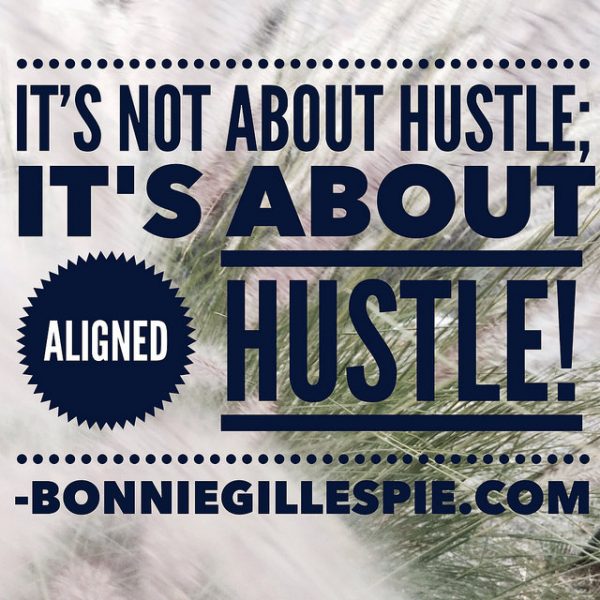