This time, casting a reality show is a little different. I’m realizing that there can be a lot of life-changing going on (obviously, for those who go on the shows, there is all the post-show fame to deal with), even for those who aren’t chosen to appear on TV.
We have a medical situation with one of our contestants that actually has potentially changed the lives of six people–in terms of their own health and lifespan. It’s the first time this has ever happened in 2000 contestants screened by our network doc. And all this person did was show up to an open call for a new summer reality show. Obviously, our open call didn’t cause the health issue–but it’s part of the dominoes falling thing.
I’ve spent more time on the phone with contestants for this show than I’d imagine possible. Lots of hand-holding going on. I’ve been assigned the task of talking a couple of people into doing the show who may not really want to do it… and I’ve also stepped up to the plate to take care of some people who are jumping out of their skin, they want to do the show so badly. And of course, production has been pushed back a week… and they just have to hold on another few days before they hear some cool news. I hope I get to make those calls. Those are the good ones.
Last night was the cast and crew party for Mr. Personality at the Barfly. It was my first time at this very “velvet rope” club on the Sunset Strip. Rich and I weren’t so sure how we felt about being “up-and-down” inspected for dress code and being on the guest list… then Coach Chris (AKA Mr. Green from the show) came over, gave big hugs and kisses, and ushered us into the club for free drinks and such. Very nice.
I think one of the funniest aspects was having “fans” of the show see me talking with the four guys who were there (Chris… green mask, Will… silver mask, Jim… purple mask, and Joseph… light blue mask) approach me later and ask if I could please introduce them to the guys (or one guy in particular for whom they’d developed a crush). Of course, I understand. These are all very crush-worthy guys, which is why they earned spots on the show. But the whole fame thing… it’s just very bizarre.
E! is airing a show on May 28th called Your 15 Minutes Are Up, profiling reality show “stars” and how participating in reality shows has impacted their lives (vastly different, depending on whether said participant had training and ambitions for acting prior to the appearance or was just living a normal life and hopeful to get back to that). Speaking of which; a guy from MTV’s Road Rules was there, as well as “Dr. Sean” from the first Survivor. It was a reality show room.
The coolest connection was with David Ury, an online friend who was cast as “the ugly guy” unmasked in all those Mr. Personality commercials before the show actually aired. He said, when we met, “Oh! I’m so glad you’re here. I wanted to introduce you to a man who has just cast me in his feature film; shooting this summer. He needs another eight people in the cast and I told him he should hire you as casting director.” So, a little impromptu interview took place between me, the writer-director, and the producer for this cool, black comedy feature film.
Should be interesting.
I just have to get through this week of notifying a person about the worst possible combination of health issues… and oh, yeah, not getting cast on the show.
Sick and twisted. And a whole new culture. These reality show people have a very interesting club they join. I’m glad they have each other to lean on. And network therapists. 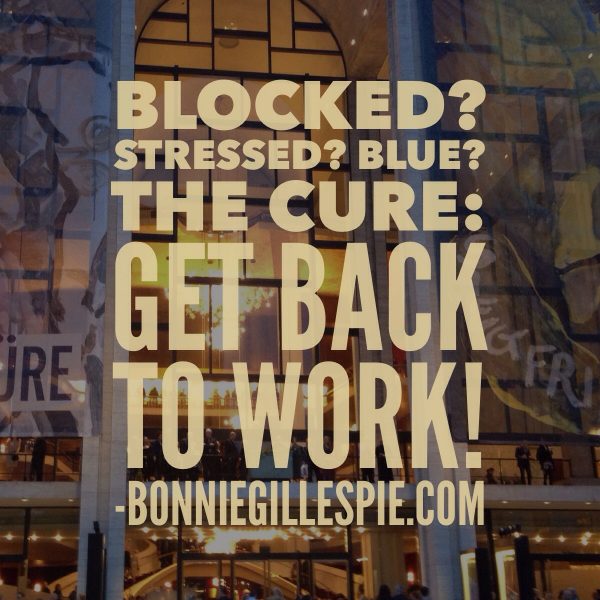