Within hours of my writing this, the hubs and I are flying to Salt Lake City.

The SLC airport is where we first met in person nearly 18 years ago. We had started an online flirtation long before websites or apps existed to connect people this way. We met through my writing — seems my writing might be the cornerstone to every great relationship in my life.

Keith had read my writing online, reached out to ask some “I think I want to be an actor” type questions, also mentioned he could see the layers on which I was writing… and when he specifically laid out a tactic I was using to make someone feel really special while schooling them without them even seeing my edge, I knew I’d been seen.

After two months of flirtation that escalated pretty quickly, we decided to meet IRL. See if this thing we were both actively trying NOT to feel might be real.

So, we’re doing a lot of giggling about how we’re returning to the scene of the crime, as it were. 😉 The place where we first laid eyes on each other in the flesh, as he deplaned after flying in from Michigan. There I am, at his gate hours after my flight from LA had arrived, shaking my head at myself wondering what my mother (who had died just months before) would think if she knew I’d flown to another state to meet a stranger I’d connected with on the internet.

“I sent him to you,” I felt her say, as I looked out at the glorious mountains of Utah.

And while Keith and I have definitely had our struggles in 18 years together, we’ve also proven to ourselves, to each other, and to the world over and over again that, in fact, we were meant to be together. We’re so much stronger together than either of us is on our own. And together we’ve built something pretty spectacular. Not just our relationship, but this Self-Management for Actors empire.

Sure, I started writing for actors a couple o’ years before Keith and I met, but that was a side hustle for my acting career. It was no different than coding online shopping carts, tutoring kids after school, or teaching improv comedy traffic school. Writing for actors was a jobby-job.

Until it became my life’s work.

You can thank Keith for that. He’s the one who said, “You know, I think what you’ve got here is a BOOK,” about this three-ring binder I had, filled with all my best-ever responses to questions actors had emailed in via my column week after week. I was just being a good hoarder of some of my best writing! Using the binder to reference my own words — and the words of all the casting directors I’d been interviewing — to answer yet another question another actor would email over every day.

I scoffed at the idea of the “common sense” in Self-Management for Actors being a book. Keith asked me to trust him. It wouldn’t be the first time, nor the last. And as much as I fought trusting anyone in life, Keith’s persistence reminds me daily that trusting others is not a horrible thing. In fact, it can be magical.

My guardedness was my struggle.

Well, it was ONE of my struggles. We had a lot of those early on. And as we’ve been prepping for this trip back to the city where we confirmed we had, in fact, fallen in love via emails and phone calls in the spring of 2001, I’ve had a whole lot of nostalgia for those early days in our partnership.

There was So. Much. Struggle.

Could we do this? Would we be able to make rent? Could we be so bold as to work for ourselves — no matter how much pressure we were getting from EVERYONE around us to “get a real job”?

When we weren’t struggling, we were scrapping. There was always this fear of “What if this doesn’t work?” with each new thing we would try. Is this book actually a thing? Could this book be curriculum? Could we get it into schools? Could we teach its methods? Could we tour the world helping artists become more empowered and joy-filled along their creative journeys?

And I realize today that all that energy has to go somewhere. There were YEARS of always having struggles, reasons to scrap, the need to band together to push against popular opinion about what’s possible, FEAR. And when suddenly it all works and it all works long enough that it’s not just a fluke but a run of success that builds an empire?

That energy has to go somewhere.

This is why so many relationships end when success comes along, whether the success is one person’s or both of ’em at once. And it’s not just romantic partnerships I’m talking about here. Success can cost us our besties! Our relatives! Those ride-or-die collaborators we used to love shooting shit with. All of that is in jeopardy when we succeed.

No wonder we spend so much time backing away from success.

Success is change and change is a threat.

So, as Keith and I head off from the beach to the snow (SNOW!), I’m taking a very public moment here to be so grateful that we’ve embraced the change that we’ve been building toward all these years.

No, it hasn’t always been easy, but we’ve mindfully negotiated each of the twists in the road, always making our relationship’s health a priority — even when we, individually, may not have been our healthiest selves.

As we explore where the energy of all that struggle, all that scrapping, all that fear has gone, we’re really enjoying the process of discovery that comes from this new stage of our lives.

I’ll ask that you begin to take notice of the pockets of energy in your life and pay attention to which emotions and experiences are getting much of the airtime. If you’re not preparing for a time when what you currently struggle through may become EASY, success may be too jarring to “stick” in your life. If success has ever bounced out of your life already, there’s a good chance you weren’t laying the groundwork for it to hang around.

Creating that fertile ground is a part of the work we need to do at every stage of our creative journey. Knowing it won’t always be hard helps make that work a joy to do. But to expect that when there’s no struggle someday it’ll all just feel like one big exhale is to ignore the reality of what SPACE such focus occupies… and what happens when there’s suddenly a vacuum in any area of our lives.

What are you doing today to plan for reallocating energy that may currently be occupied in a state of struggle? What prep work can you begin to do today, so when the struggle is less of a presence, you’re not suddenly sitting on a ticking timebomb of stored energy that will have the potential to reveal itself in all sorts of unpleasant ways?

Pop your musings on all this in the comments just below. 🙂 I’d love to celebrate your work to get out ahead of any upper-limit problems before they show up at the worst possible time!

Actors of LA! If you’ve been wanting to work with us in-person, now’s your chance! There’s still room in our one-day intensive (with focus on your most castable type and brand, targeting and marketing, and of course pitching like a pro) and you can snag your spot here! Homework goes out next week, so don’t delay!

I’ll try to share some loveliness from Utah in my Instagram stories… but you’ll understand if my focus is mostly elsewhere while on this trip. 😉 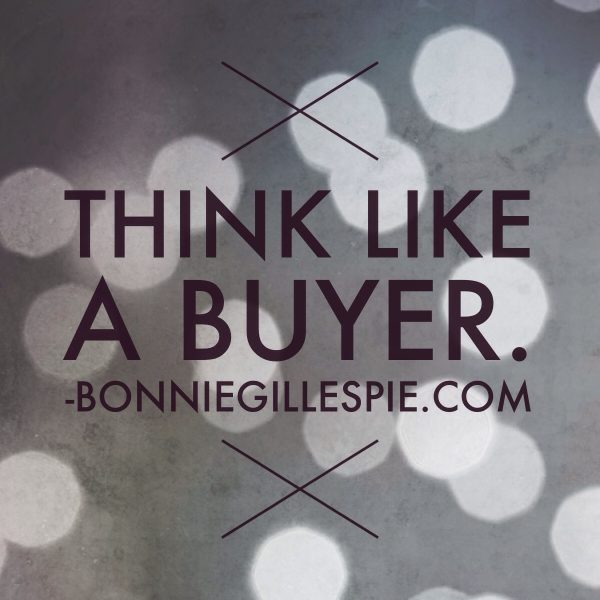