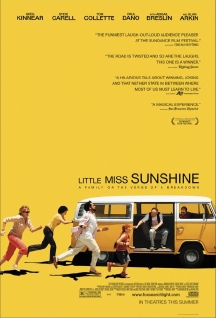 (Note: My full review is at the BonBlogs.)

I swear to you, if you like AMAZINGLY well-written and beautifully-acted indie films with nary a continuity error, goof*, or glitch (not that that’s WHY anyone should love a movie, but DAMN does it make a good movie suddenly GREAT), Little Miss Sunshine is the one for you.

Fantastic work by the entire cast and crew! Really phenomenal stuff from the writer and directors, for sure! Michael Arndt is a scribe to watch (How the HECK is this his first feature film credit?!?) and Dayton and Faris… if you ever need me, holy crap give me a call. Kudos to Kim Davis and Justine Baddeley for a fine job casting a quirky, heartwarming ensemble film.

BEST actor of the bunch (although this was a really tough call for me) has to be Paul Dano, whose character has taken a vow of silence. What a challenge for an actor to convey so much emotion and character depth nonverbally! Remind me to use his brilliant example when trying to explain the value in doing a non-speaking principal role to a reluctant actor. Simply beautiful work going on here!

And I think that’s what is so fantastic about this film (a film sooooo much longer** than the typical film I’ll sit through… ever). It is simple. The characters and their circumstances are so very well-written that the talented actors couldn’t help but bring them to life in such a way that we care very much what happens to each of them in every scene. But for me to credit the script (and then the acting) with this film’s worth is to discount the fact that these directors clearly knew what they were looking for, in choosing this project and these actors. The stars aligned on this film… and that it only screened at Sundance (and wasn’t even put in any award-yielding screenings there) is shocking.

At $8M, I figure the largest expense of this project was cast salaries. Even if everyone worked for scale (which I doubt), that’s a pretty large chunk of an $8M budget at the full SAG basic codified agreement rates. I have not cast a film at this level (yet) and hope that, when I do, it’ll be something that looks this good on the big screen (and that endures, upon reflection days later, which is the true test of a fantastic movie sometimes).

Okay, so go see Little Miss Sunshine (or at least view the trailer and/or teaser here and go see the film tomorrow) and root for the best little pageant kid ever.

* Despite the fact that people behind us*** in the theater mocked the “10 East” sign in one of the shots, that particular item does not a goof make! Anyone who paid actual attention would’ve seen the ARROW beneath the sign, proving that the family’s VW bus was on a road that had entrance ramps back to the 10 (presumably in both directions) after having experienced car trouble (and a meal) at some random exit on the way to the coast. Since no one TURNED in the direction of the arrow, the appearance of a sign marked “10 East” isn’t a goof!

** I’m all about 82 minutes including credits. But on this film, I knew it was long. It felt long. But every time I thought, “Hmm. This film is long,” I countered that with, “Okay, what would you have cut so far?” And the answer to that question was always, “Not a damn thing!” Usually, I can come up with many things that could’ve been cut, by the time I’m having that conversation with myself while watching a movie. Thing is, I couldn’t even get that far into the “self-conversation” place because this film was just that good (and so well-balanced too… never got heavy-handed or too sad or too wacky, although it walked the line on all of that).

*** When Mary Lynn Rajskub showed up in her second or third scene (of four or five small ones), the lady behind us started squealing, “OMIGOD! It’s Chloe from 24! OMIGOD!!!” And she couldn’t stop saying it. Every time the actor came on screen for the next four minutes, this woman said, “See! See that! It’s Chloe! OMIGOD!!!” and then some. I wanted to turn around to her and say, “Yes! And did you see that? Steve Carell is on The Office! And Bryan Cranston? He was on Malcolm in the Middle (and before that, on Seinfeld. Do you remember the “anti-dentite” episodes?!?)! And that Toni Collette, did you know that she’s not really American, even though she sounds it?!? OMIGOD!! These are ACTORS and they’re doing their JOB! Would you SHUT UP now?!?” But I did not.****

**** Yes, at this point, I’m really OVER the people who were behind us at the theater. 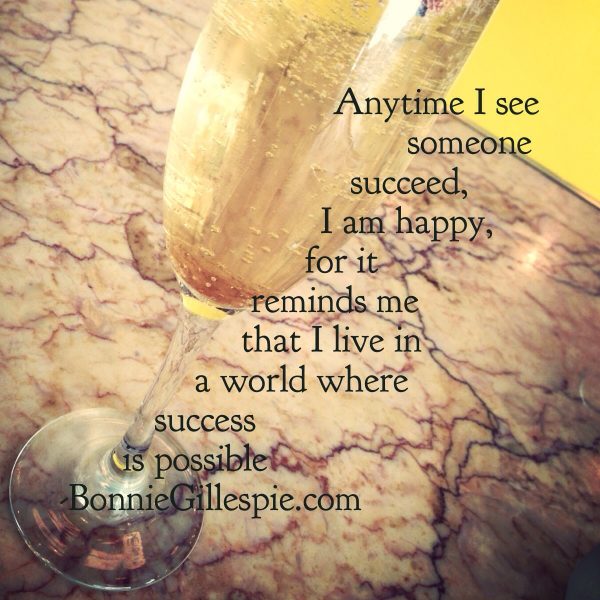