Thread: For 10 days now, I’ve been undergoing an experiment. I do whatever the fuck I want. Let’s back up and let me provide context.

I always always always have a list a mile long and there’s always “very important stuff” on that list. It’s stuff that will bring in money when my suddenly single mother and I are living off very little in the ’70s… or when my hubs and I are between gigs in the early 2000s.

Fear of what? I’m not sure. Mom’s fear? She was a Depression Era kiddo with a factory worker for a mom and a union steel worker for a dad. When my dad left, mom took her new hobby (astrology) and turned it into an empire, even as her friends came over to try and evict Satan.

But whatever fear it was then, it became the bass note in my life for decades and even when we had a year of $50K and then $100K and then $250K and then multiple years of 6 figures, I could always feel this driving force of the “Next, build THIS” list.

Because that’s my job. Build things, build things, build all the things. Luckily, I really LIKE building things and, turns out I’m really fucking good at it. I so *love* working that it’s all I ever really do. But since I love it, there’s nothing wrong with that, right?

It’s not ’til 10 days ago that I said, “Hang on a sec,” and took a look at my life and my lists and the state of the world and what’s important and what I WANT to do and asked, “What happens if I just do whatever the fuck I want right now? And what if that’s ALL I do? Ever?”

So, right this second, I’m reflecting on the first 10 days of seriously ONLY doing whatever the fuck I want — without consulting the never-ending list of “Next, build THIS” even for a nanosecond.

I cancelled meetings. I put a pin in projects. I paused the timelines. And today I took a meeting that could have us in a VERY different place soon.

Instead of being scared, instead of reverting back to my very strong muscle for “Next, build THIS,” I sat with what it would feel like to allow this totally unplanned direction to be where we go.

There is something to be said for just sitting in the discomfort of not knowing — especially after having built a life around executing all the plans drawn up from massive data and so much pattern-tracking — and feeling SAFE doing NOTHING next. Just being for a change.

Now, I have to be careful using the word SAFE because it’s when I’m safest that, historically, I get the rug pulled out from under me. In fact, it is when everything feels safe that *I* am at my highest point of anxiety. Chaos is the expectation in my life. “Next, build THIS” specifically came from the combination of never knowing where the next buck was gonna come from and my uncanny ability to manifest seemingly without stress.

But these 10 days have taught me there was a ridiculous amount of stress there. It’s that bass note. And 10 days without a bass note of “Next, build THIS” has felt incredibly freeing. It’s allowed me to tap into my intuition like it’s a language I’m secretly fluent in. The things I have felt like doing have immediately generated revenue, effortlessly. I began to ask myself: “What if everything that’s worked in my life thus far has worked NOT because of all that effort but in fact IN SPITE OF IT?” And honey, that question right there is the kindest exhale my body has ever taken.

No. I don’t know what’s next. I also know I don’t have to know. I like this experiment so I’m going to keep doing it. My “Next, build THIS” list isn’t empty… but I’m not looking at it so it might as well be. 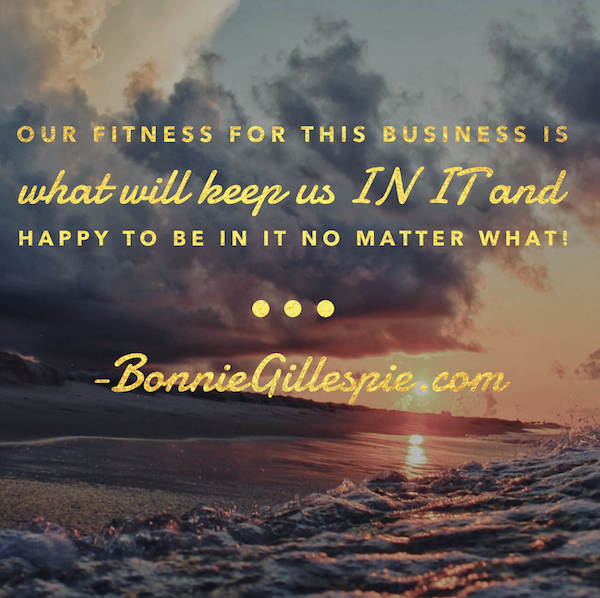